Local restaurants make case for dining out as pandemic persists

Indoor dining is finally underway on the Hill, and restaurants are honing their service, sanitation and seating to make the experience a success this winter.

Local restaurants make case for dining out as pandemic persists 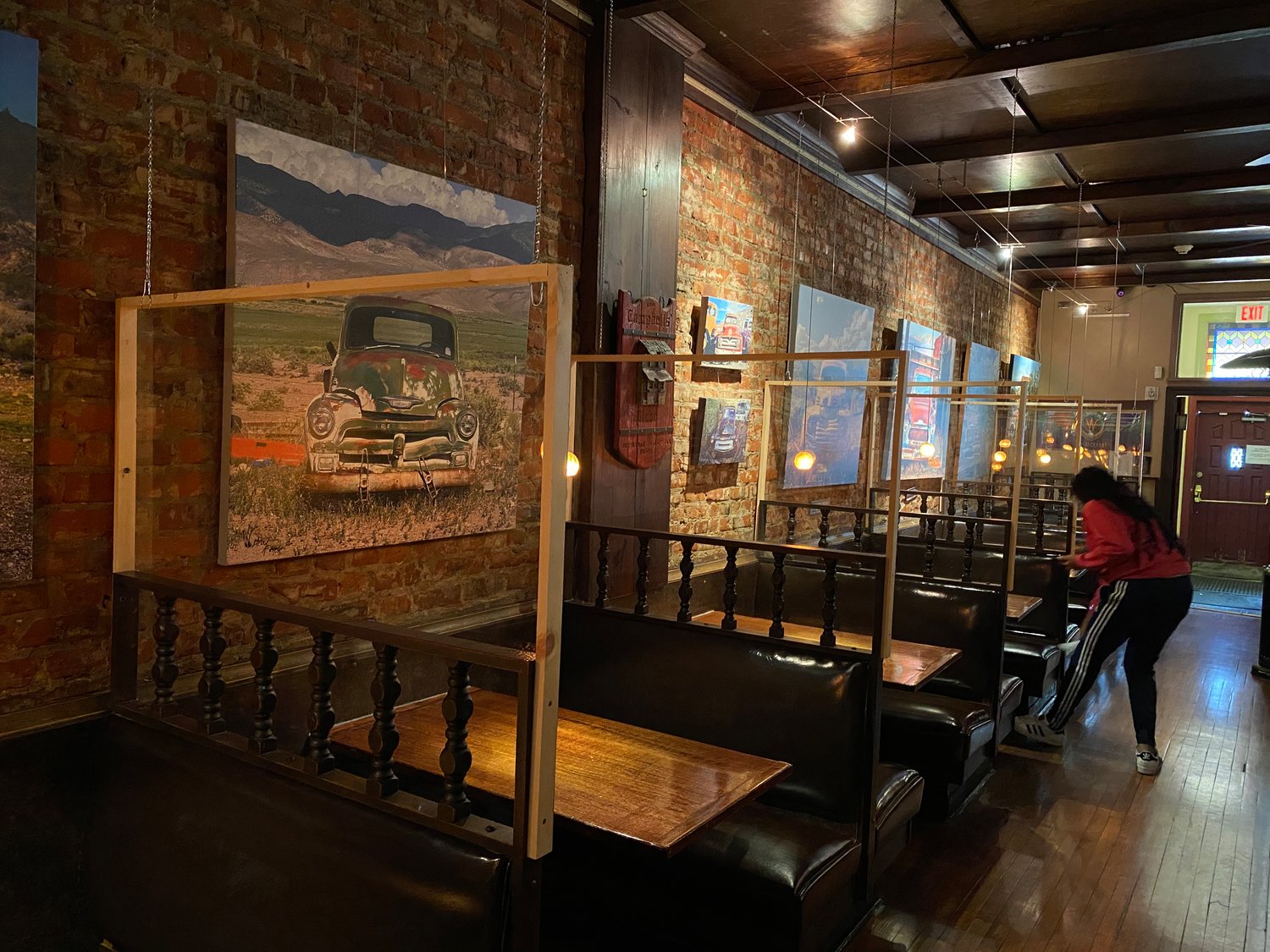 Tables get prepped for indoor dining at Campbell’s Place. Barriers stand between the historic booths 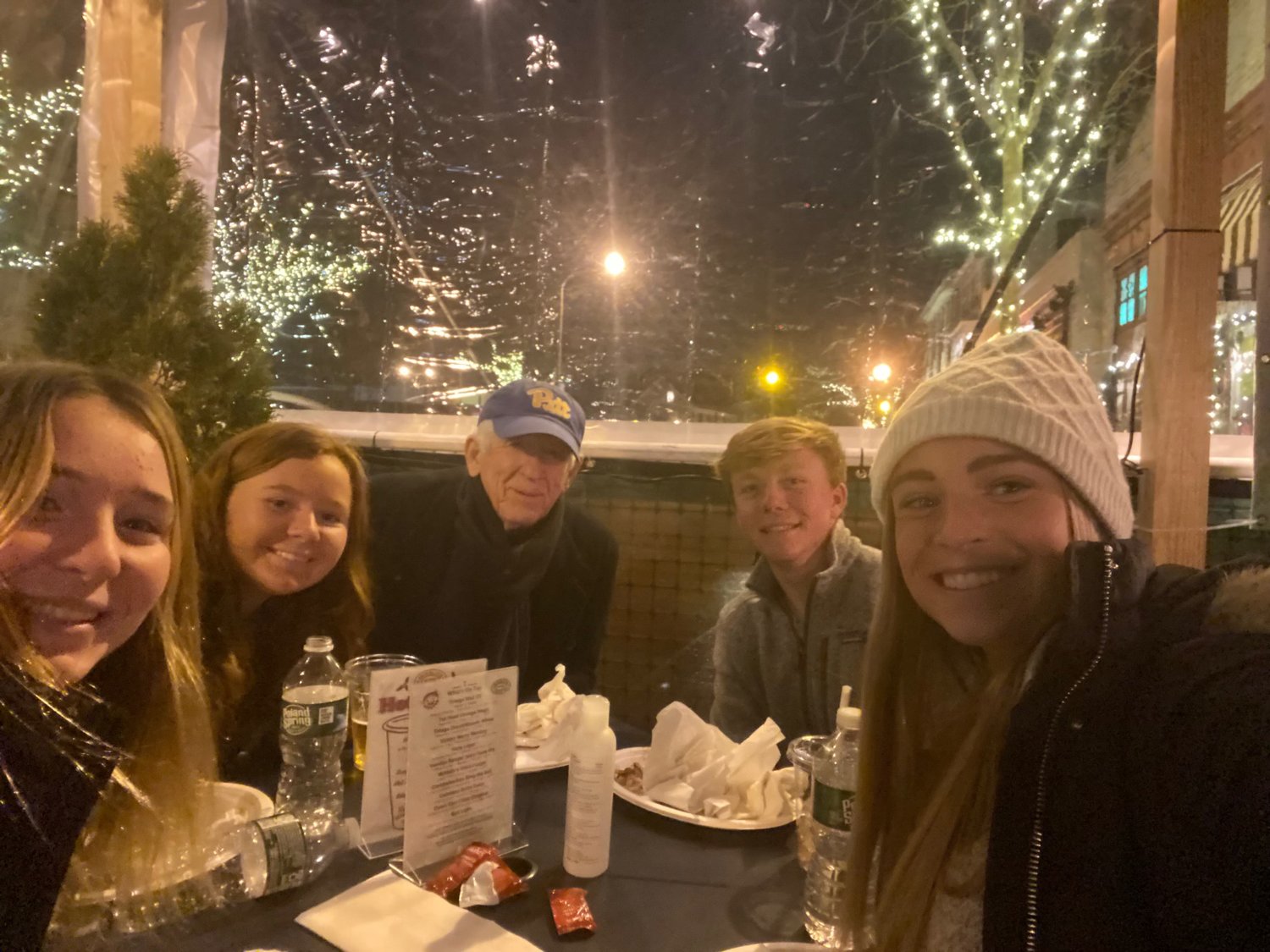 The Maher family dines in the outdoor tent recently at McNallys.
Previous Next
Posted Thursday, February 4, 2021 10:45 am
by April Lisante

Indoor dining is finally underway on the Hill, and restaurants are honing their service, sanitation and seating to make the experience a success this winter.

But with national and state Covid-19 numbers holding steady at record levels for the past couple of weeks, it turns out that despite the reintroduction of indoor eating in January, the local dining scene is still a mixed bag. Restaurants I spoke with this week said some locals are eager to dine inside for the first time in months, and others are content to support their favorite places by eating outside or continuing take-out routines.

While Montgomery County opened restaurant doors just after New Year’s to fifty percent capacity, Philadelphia reopened Jan. 16 at just twenty five percent, making indoor numbers smaller and turnover rates more critical than ever. Seating is limited, and some smaller restaurants chose not to open indoors at all throughout January despite the state allowance, opting instead to continue to make use of their expanded outdoor tents or take-out options.

“Because we are in Philadelphia and we can only allow twenty five percent, we are still not doing indoor dining,” said Anne McNally., who erected a heated tent on Germantown Avenue outside her restaurant. “But we are looking forward to it in the future.”

Restaurants that are offering indoor dining, and even have barriers between tables or booths inside, say patrons are opting to sit outdoors instead.

“People definitely prefer eating outdoors, especially with our awesome heaters!” said Chestnut Hill Brewing Company owner Lindsey Pete. “It does help to have indoor dining on the cold, windy days. Our booths in the Taproom…were designed with a floor to ceiling barrier initially so people feel very separated and secluded.”

Owners are trying to get the word out that dining out is safer than ever, with sanitation protocols stepped up and weekly monitoring of indoor air filtration. They cite public health data which has shown restaurants and schools are some of the cleanest locations, least apt to transmit the virus during the pandemic.

“If people can go to a grocery store or a big box store, where people are touching things all the time, then they can go out to eat,” said Rob Mullen, owner of Campbell’s Place. “We are going above and beyond with the sanitation, so people don’t have to worry.”

The reality, restaurants say, is that in order for indoor dining to successfully continue - and increase - into the spring, patrons who do dine inside must do their part.

Restaurants that are seating diners inside right now say it is going well, but they have a laundry list of stringent state guidelines to follow, and they are asking that patrons continue to help make things work, especially with the celebratory Valentine’s Day approaching.

Masks must be worn when patrons enter the restaurant until they are seated. Many restaurants encourage patrons to keep their masks on until food is served. Alcohol is not permitted at bars, and state regulations dictate it should be served only as part of a meal, so patrons are not allowed to congregate or sit at bars for service. People must be seated at tables at least six feet apart, and while dining is supposed to be limited to only four people from the same household per table, the “household” portion of the law is hard to prove or enforce, owners say.

One of the most important things owners are asking is that patrons not mill around in the restaurant if they see someone they know, and not approach other tables while they are dining out.

“Social distancing is important,” said El Poquito manager Matthew Leister. “If someone gets up to go to the bathroom or is not seated, they need masks.

“It’s been going pretty smoothly. Everyone has been understanding the rules,” Leister said.

Owners also say that despite revitalizing revenue with partial indoor dining, there is still a long way to go to be able to make it through these upcoming winter months. They are asking that patrons try to pay cash whenever possible, so they can avoid high POS card terminal fees. They are also asking patrons to be considerate of how long they sit at a coveted table, whether it is indoor or outdoor, to help move customers along.

“The most important thing…is for people to be considerate of the time they spend at a table, particularly when people are waiting,” McNally said. “Turnover is vital right now.”