Lyric Fest continued its commitment to uncovering overlooked geniuses in the world of music with a compelling recital Nov. 13 in The Presbyterian Church of Chestnut Hill. 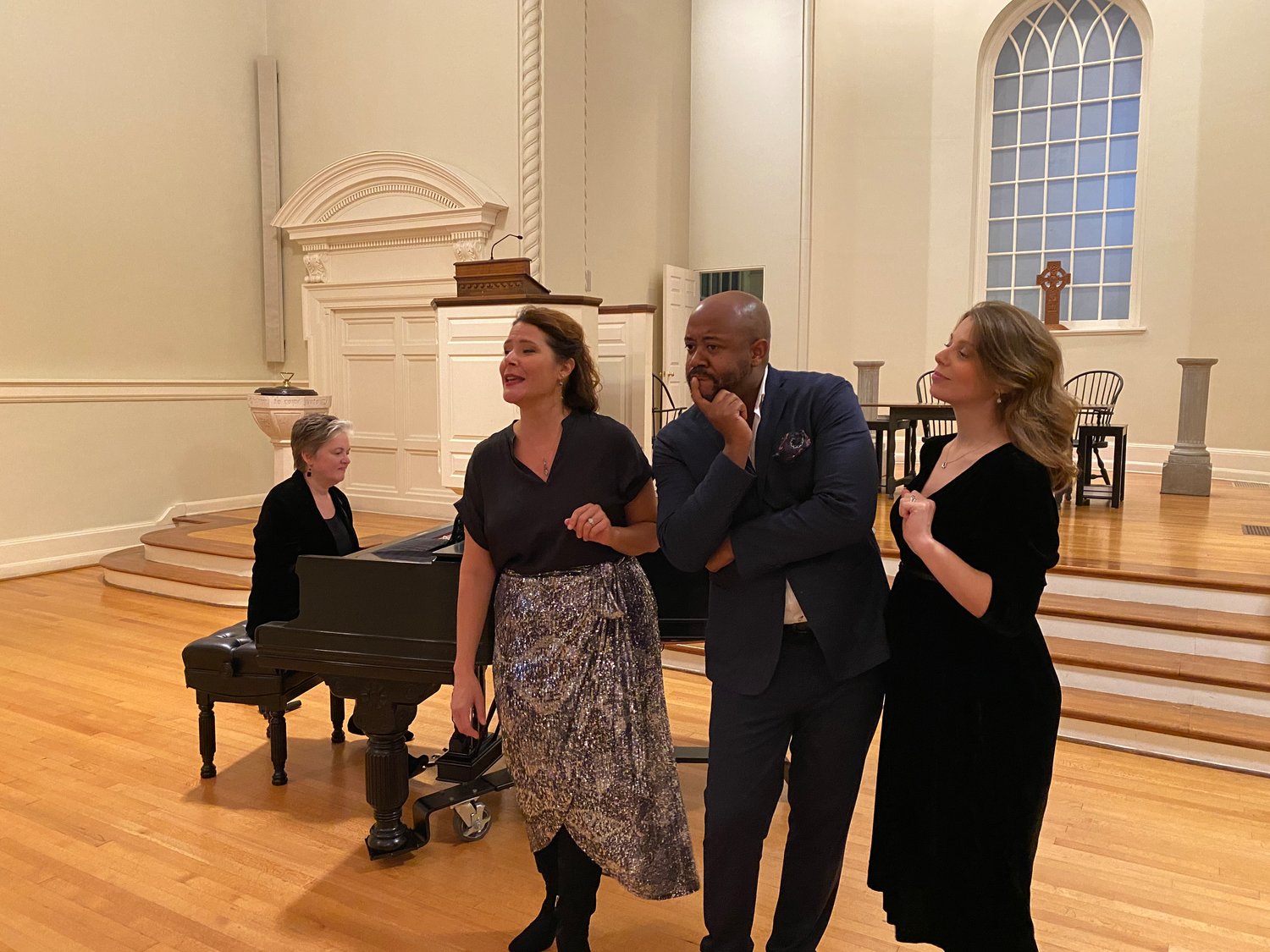 Lyric Fest continued its commitment to uncovering overlooked geniuses in the world of music with a compelling recital Nov. 13 in The Presbyterian Church of Chestnut Hill. The afternoon performance drew a large and enthusiastic audience that testified to the region’s recovery from the COVID lockdown and the enduring quality of curiosity that continues to characterize Chestnut Hill music lovers.

Lyric Fest’s founders and directors – Chestnut Hill pianist Laura Ward and East Falls mezzo-soprano Suzanne DuPlantis – chose, as the program’s featured personality, one of the most intriguing figures in the late 19th and early 20th centuries. The recital’s unwieldy title tells it all: “A Singer’s Singer – Biography in Music – Winnaretta Singer – An American Patroness in Paris.”

So – who in the world was Winnaretta Singer when she was at home in Paris? To start with, she was one of the nearly two dozen children of Isaac Singer, the inventor of the Singer sewing machine. As such, she inherited a sizable fortune. Amazing for her day, she decided to use it to sponsor and support artists of all disciplines. And where did she propose to do this? In Paris, of course – the center of the arts in the late 19th and early 20th centuries.

The list of the composers she specifically commissioned and aided in general makes for a ‘who’s who’ of the greats of her day, from1865 to 1943. She knew and encouraged the likes of Thomas Campion, Maurice Ravel, Igor Stravinsky, Gabriel Faure, Andre Caplet, Albert Roussel, Erik Satie, Francis Poulenc, Manuel de Falla, Reynaldo Hahn, Cole Porter, Roger Quilter, and her beloved second husband, Prince Edmond de Polignac.

To help them celebrate this remarkable woman, Ward and DuPlantis enlisted the talents of three gifted young vocalists: soprano Danielle Talamantes, mezzo Marjorie Maltais and baritone Jorell Williams. With Ward proffering inspiring support at the church’s splendidly restored Steinway & Sons grand piano, the trio gave telling renditions of a broad spectrum of songs by delving into the many levels of meaning in the texts of each selection.  Each singer caught the engaging surface of the lyrics but never stopped there. They consistently delineated the deeper, personal revelations of each song, opening up an often-unsuspected world of frequently well-kept secrets.

Talamantes sang with a spikey brightness of tone and an infectious sense of humor. The timbre of Maltais’ voice is darker, and she projected a sultrier take on the songs she sang. Williams sang in a finely burnished tone, but his French diction was garbled, and that limited the effect of his interpretations.

As always, Ward was the “star of the show.” Her playing was multifaceted in color and texture. She provided impeccably molded phrasing, limitlessly voiced textures, and a range of dynamics that should make most symphony orchestras green with envy. Yet never once did she overshadow her singers; rather, she gave them a kaleidoscopic world of sound upon which to build their readings.

Next on Lyric Fest’s schedule of recitals is “Ode to the Lost Song – Arne Dorumsgaard” Wednesday, Dec. 7, at 7 p.m. in the Academy of Vocal Arts, 1920 Spruce St.. Visit lyricfest.org for more information.

Matthew Glandorf and Choral Arts Philadelphia gave two performances of Heinrich Schutz’s “Musikalische Exequiem,” Opus 7 SWV 279-281. Often referred to as a “German Requiem,” it is the first known setting of German-language texts for a memorial service of a deceased patron following Martin Luther’s launching of the Protestant Reformation in 1517.

Schutz’s place in music history is secure. Along with the Italian master Claudio Monteverdi, his music closed the door of the Renaissance and opened another onto the baroque style of the 16th and 17th centuries. This particular work established the foundation for the great cantatas, oratorios and passions composed by Johann Sebastian Bach and George Frideric Handel, both born in 1685, precisely one century after Schutz’s birth.

The finest movements in Schutz’s score are those set for full chorus. Beautifully harmonized and exquisitely voiced, they project a galvanizing strength of faith in the reward of heaven following a Christian life on earth, absent the need for the fires of purgatory, now discarded by the Protestant churches.

Glandorf led Choral Arts with a firm sense of direction and a gentle hand for eliciting singing that beautifully filled the expansive space of the Episcopal Church of the Holy Trinity, Rittenhouse Square, on  Nov. 12. His efforts were immeasurably aided by organist John Walthausen, music director at the First Presbyterian Church of Germantown.

My only quibble with the program was its brevity. Even including shorts works by Johann Sebastian Bach and his uncle Michael, the concert proffered only 40 minutes of music.

You can contact NOTEWORTHY at Michael Caruso@comcast.net. To read more of NOTEWORTHY visit chestnuthilllocal.org.