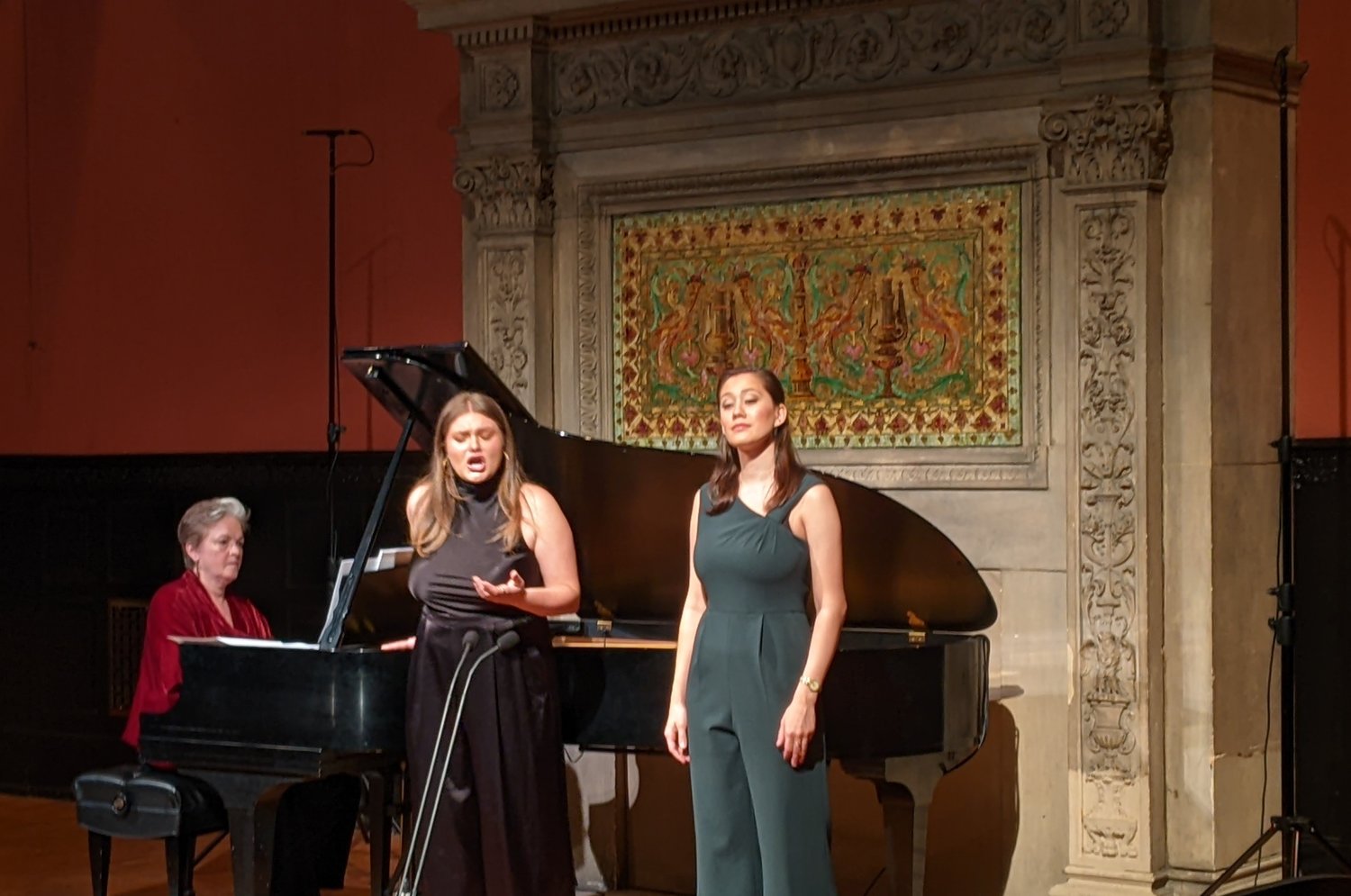 The 80-minute program, performed without intermission, spanned three centuries of music. The earliest works were drawn from the Romantic repertoire: Chopin, Tchaikovsky, Brahms, Dvorak, Duparc, Rachmaninoff and Canteloube. And then it was off into the modern/contemporary musical literature of the 20th and 21st centuries with Ferre, Lieberson, Montsalvatge, Heggie, Cipullo, German, and Philadelphia’s own Boyle and Higdon – both of whom were in attendance Sunday afternoon.

Most classical music lovers associate Frederic Chopin and Sergei Rachmaninoff with keyboard music. That’s not surprising, since both were supreme pianists of their day. Only recently, BBC Music Magazine polled current concert pianists and they voted overwhelmingly that Rachmaninoff was the greatest pianist of all time.

And yet, the very lyricism of Chopin’s and Rachmaninoff’s piano music is based on their love of the song repertoire of their native lands, Poland and Russia, respectively. Although Tchaikovsky, Brahms and Dvorak were never concert pianists, they all composed keyboard and orchestral music that throbs with the lyricism of their countries.

Joseph Canteloube spent more than three decades uncovering, collecting and arranging the indigenous songs of the Auvergne region of his native France. His “Chants d’Auvergne” have become treasured gems for sopranos, mezzos and even baritones throughout the vocal world.

Perhaps because vocal music is based heart-and-soul on poetic language and has to be sung, rather than played, modern and contemporary music for voice and accompaniment (most often piano) is regularly the most welcoming of all music composed in the 20th and 21st centuries. Since fine composers of vocal music must employ their notes to both connotate and delineate the immediate as well as the profound meaning of their chosen texts, a certain degree of concise musical texture cannot be overlooked if the audience isn’t to be put off and turned off.

Each and every selection Sunday afternoon was a winner, the newer works no less so than the older ones. I don’t think I’ve ever heard in recent memory a more consistently well-conceived and beautifully performed program of vocal music. If this program was the culmination of 20 years of presenting recitals, one can only look forward with high expectations for the next two decades.

Of course, the recital’s success had a lot to do with the two singers and their accompanist. Kuzma’s soprano voice rang with brilliant clarity that was never, ever tinged with a harsh edge at even the highest range of her register. Pierce’s mezzo glowed with a burnished warmth that was characterized by a transparent texture. Both phrased with exquisite delicacy perfectly paired with a fine feel for the dramatic narrative of each song’s lyrics.

Their singing individually was highly personalized and emotionally focused, yet in duets they came together with unblemished synergy. Colors, dynamics, phrasing, diction and balance were all seamlessly forged and projected to proffer a musical whole that was far greater than the sum of its individual parts.

Ward’s playing at the Steinway was nothing short of miraculous. I made certain to get a seat where I could watch her work. What I saw explained what I heard: nary a missed key nor an overlooked tonal projection of dazzling fireworks and shimmering support. Ward’s ability to become one with her singers, either alone or together, was flawless.

She was the heiress to the Singer sewing machine company and she hosted the most famous salon in Paris during the years of the early 20th century. The concert will provide an overview of the incredible influence this trailblazing American woman had on the musical and cultural life of Paris.

The choral ensemble Variant Six will present their first concert of the season Saturday, Oct. 1, at 7:30 p.m. in the Chestnut Hill Friends Meeting. The choristers will be joined by violinist Min-Young Kim for a program of varied selections. For more information visit variantsix.com.