Mailed check theft hits some city neighborhoods harder than others

Northwest Philadelphia is one of three hotspots for mailed check theft in the city.

Mailed check theft hits some city neighborhoods harder than others 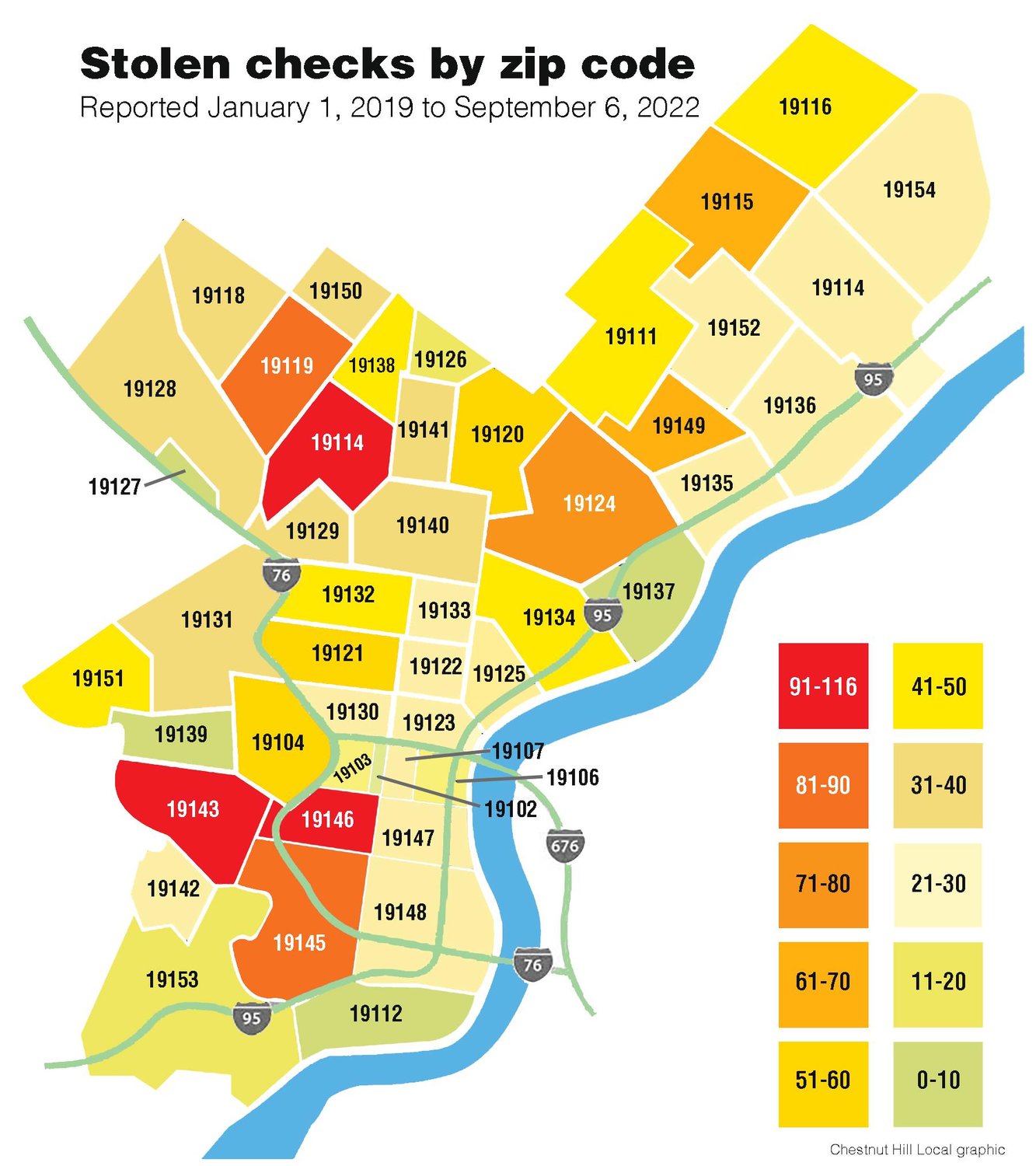 Chestnut Hill, meanwhile, ranks at about the middle of the pack – coming in at number 23 out of 53 zip codes, with 34 check thefts reported.

The data, which includes reports of stolen checks by zip code from Jan. 1, 2019 to Sept. 6, 2022, was obtained by the Local via a Freedom of Information request.

The only parts of the city with zero check theft are the Navy Yard in South Philadelphia and an industrial zone near the airport, where there aren’t many homes.