Making lots of dough in Chestnut Hill for 30 years

Since 1992, Baker Street Bread Co. and Cafe  has crafted its pillowy, made-from-scratch creations for a hungry audience of residents, restaurants, wholesale customers and catering companies.

Making lots of dough in Chestnut Hill for 30 years 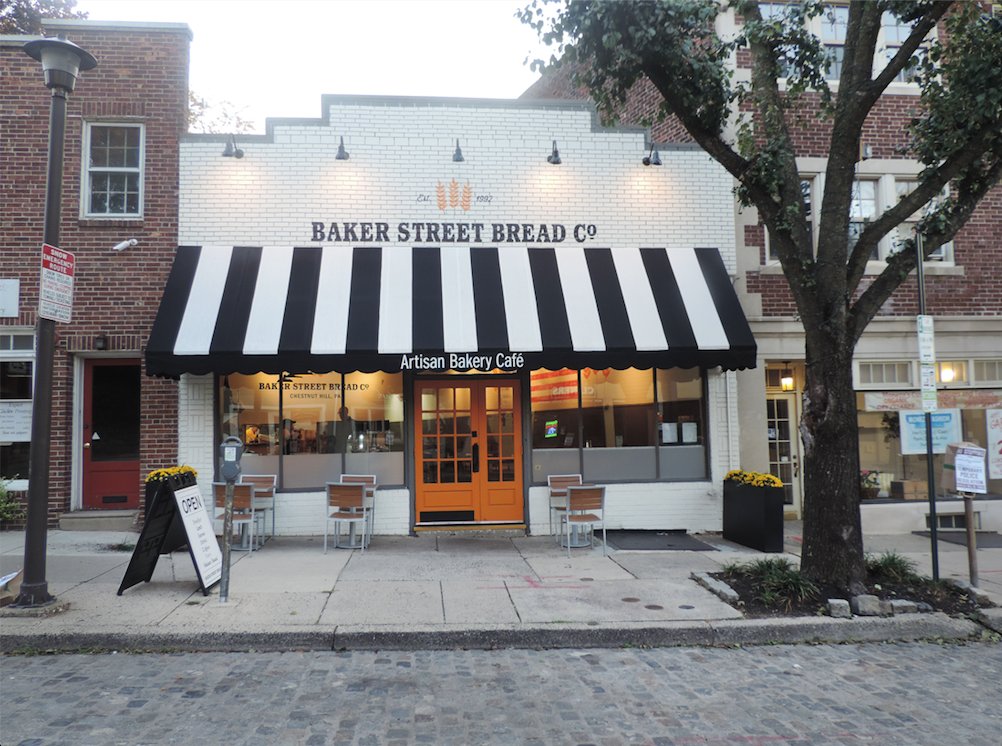 Owner Tom Ivory began the Baker Street Bread Co. three decades ago, and even the pandemic has not seemed to slow them down. 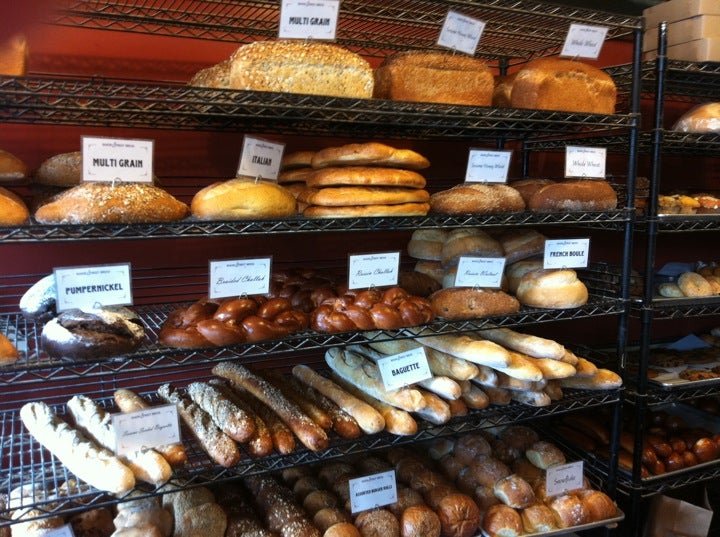 Baker Street’s goodies are shipped to more than 300 wholesale customers, restaurants, grocery stores, and catering companies.
Previous Next
Posted Thursday, May 26, 2022 12:00 am
by Debra Malinics

Since 1992, Baker Street Bread Co. and Cafe  has crafted its pillowy, made-from-scratch creations for a hungry audience of residents, restaurants, wholesale customers and catering companies.

Its artisan products are shipped nationally and internationally after baking in ovens designed to replicate those made of brick and stone, used for centuries by European baking guilds.

But the bread business is no piece of cake, said manager Kate Morina, who has worked at Baker Street for more than 18 years. The Germantown Avenue bakery has had to meet challenges posed by the pandemic, a changing workforce, political unrest, and always-evolving public taste that require the business to adapt and keep up.

Owner Tom Ivory began Baker Street three decades ago and today runs it with his son, Tim. At first, he offered a simple menu — coffee, bread and pastries baked in ovens in the back of the store to ensure freshness.

As the business grew and expanded, a larger oven was needed. Seeking an opportunity to expand while also maintaining quality, Ivory found a building at 20th Street and Washington Avenue in South Philadelphia to serve as the business’ off-site baking location. Since then, Baker Street’s yummy goodies items have been transported daily to the Chestnut Hill location.

Baking the bread off the premises gave the company an opportunity to expand inventory and begin deliveries all over the city and beyond. The bakery’s “Grab and Go” items which it began to offer five years ago, include homemade croissants, filled pastries, fluffy steamed eggs on brioche rolls, soups and salads.

“OMG, best bread in the world. Friendly and quick staff. Good sandwiches, breakfasts and coffee. And did I mention, the best bread in the world?” wrote Andrew B. on yelp.com, a review website. Baker Street’s products are shipped to 300 wholesale customers, restaurants, grocery stores, and catering companies.

Morina, who has married and had two children during her stint at Baker Street, said the staff and management’s sunny outlook and hard work have served the business well.

But that doesn’t always come easily.  Some employees, particularly young people who “have grown up in the digital world,” need encouragement to work hard and training on how to interact and communicate effectively with customers and co-workers, Morina said.

“If you want to work at Baker Street, you must be positive, want to come to work, enjoy working and work hard,” Morina told the Local last week.

That work ethic and outlook helped the business not only survive the pandemic, but also serve a community before, during and after COVID.

“We have surprised physicians, delivered catering trays, sandwich trays and pastry trays to local hospitals, delivered to people who cannot get out of their homes, who were sick or lost a loved one,” Ivory said.  “Giving back adds to the feeling of community,”

During the worst of COVID, bakery staff developed its “Windows of HOPE.” Local children decorated windows and filled them with uplifting messages.

Staff reinforce that community connection in their everyday life. Jackie Newlin, a sales associate now in her 30s, began working here in high school and never stopped. Her father works for Bowman Properties in Chestnut Hill. Maeve Conran is a retail employee whose father works at Kilian Hardware store, also on Germantown Avenue. Everyone, it seems, is originally from or now lives in Chestnut Hill.

One of the bakery’s biggest setbacks came during the aftermath of George Floyd’s murder. Baker Street boarded up the windows when protest marches and riots were taking place in the city, but after two days, they pulled down the protective barriers, and customers came back.

And the bakery has thrived.

“If you have a great team and a great product,” Ivory said, “success is right down the road.”