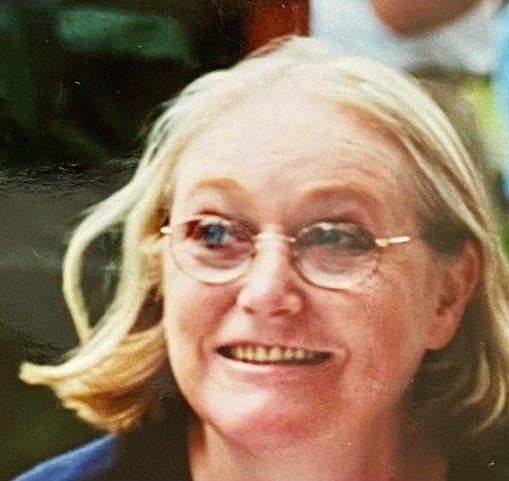 Peggy was born in Chestnut Hill to John and Margaret Coleman McClintock on March 11, 1948. Her father was born in Donegal and her mother, County Tyrone, Ireland. She attended grade school at Our Mother of Consolation (OMC) and graduated from Cardinal Dougherty High School in 1966.

Peggy met the love of her life, Frank “Stretch” Hendrie, at the age of 16, on the steps of Immaculate Conception Church. The two were married at OMC Church on December 14, 1968 and shared 54 years together, affectionally known as Peg and Stretch.

Peggy was a devout member of the OMC Parish. In her early years she was a Secretary for the OMC Parish rectory and also volunteered her time counting the Church collections on Sundays. She was recognized for her parish work when she was inducted into the OMC Hall of Fame in 2013.

Peggy was most proud of her family. She cherished the time she spent with Frank, her 4 children, and 12 grandchildren. She loved watching her kids play sports with the Chestnut Hill Fathers Club (boys and girls), the Water Tower Recreation Center and high school sports at Germantown Academy.

Peggy was most known for her entertaining, her delicious cooking, and the revolving door of friends and family into her home to join her at the famous dining room table to share a laugh and a meal. She was a second mom to many of her children’s friends. She was a pillar of the community. She loved working the Chestnut Hill Festivals, and helped make Chestnut Hill a great community to live in. As a crossing guard, she was known for her wave as so many would give her a friendly honk as they drove by.

She was very proud of her Irish heritage, her infectious smile would light up the room as she spoke of her parent’s homeland. She was known to many for her strong personality and sense of humor.

A viewing was held on Wednesday March 23, 2022 at Jacob F. Ruth Funeral Home in Chestnut Hill, PA. On Thursday, March 24, 2022,  a Mass of Christian Burial was held at Our Mother of Consolation Church.