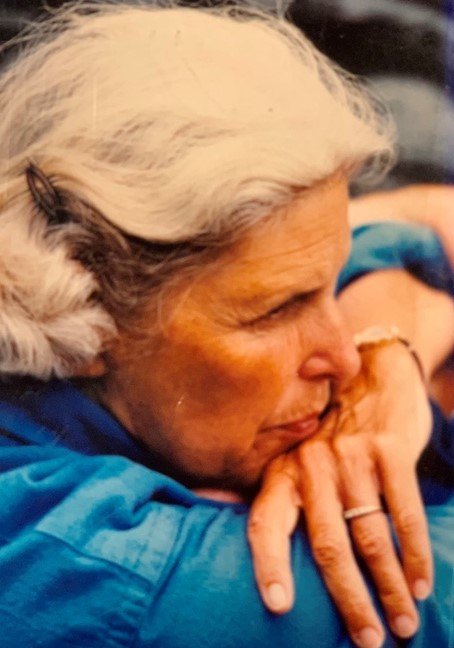 Marianne “Nancy” Shipley Rhoads, wife of the late Donald Vail Rhoads and daughter of Walter Penn Shipley Jr. and Mary Dawson Strawbridge, died on August 3, 2021. From her parents she inherited the gentle kindness, sense of fun, and appreciation of history which imbued everything she did. With her husband by her side, she engaged in adventure that brought her face to face with bears in the wilderness and took her around the world.

Nancy was a lifelong Philadelphian and member of Germantown Monthly Meeting of the Religious Society of Friends. As a teenager she cared for children of working mothers at Germantown Settlement House, helped clean and repair homes in the Germantown area, and bathed patients at Chestnut Hill Hospital. Later, she would work with the World Affairs Council and the Carl Schurz Memorial Foundation, helping immigrants to find their way in a new country.

While raising six children, she found time for community engagement. She gave loving wisdom and countless hours to the Germantown Monthly Meeting, the School Committee of Germantown Friends School, the Wyck Association, Stapeley Hall, Community Home Health Services of Philadelphia, Visiting Nurse Association of Germantown, the Female Association of Philadelphia, and the Germantown Settlement. In 1983, she helped organize the celebration of Germantown’s 300th anniversary and, later, of the 1688 Germantown Quaker Petition Against Slavery written by the original German settlers. Volunteer work, she said, was a form of “continuing education” that allowed her to better understand and appreciate the joys and sorrows of those around her.

She also wrote and illustrated books for each of her grandchildren, quilted, sewed, embroidered, gardened, cleaned, organized, baked, painted and brought beauty and happiness into the lives of the many people she knew and loved.

She will be remembered for her ability to find the light in each person, her love of nature, her whimsical and irreverent sense of humor (which included leaving plastic snakes and insects in unexpected places), and her ability to light up whatever room she entered.

She is survived by her six children: Mary Alexander (Troy), Wistar Rhoads, Anne Rhoads (Noureddine Melikechi), Caroline Rhoads, Samuel Rhoads (Nicole Juday), and Nancy Rhoads (Adam Glick); seven grandchildren; one great grandson; and her sister, Edith Moore. A memorial meeting for worship will be held at Germantown Monthly Meeting, 47 West Coulter Street, in the fall. Contributions in her memory may be made to Germantown Monthly Meeting, the Wyck Association, or Germantown Friends School.