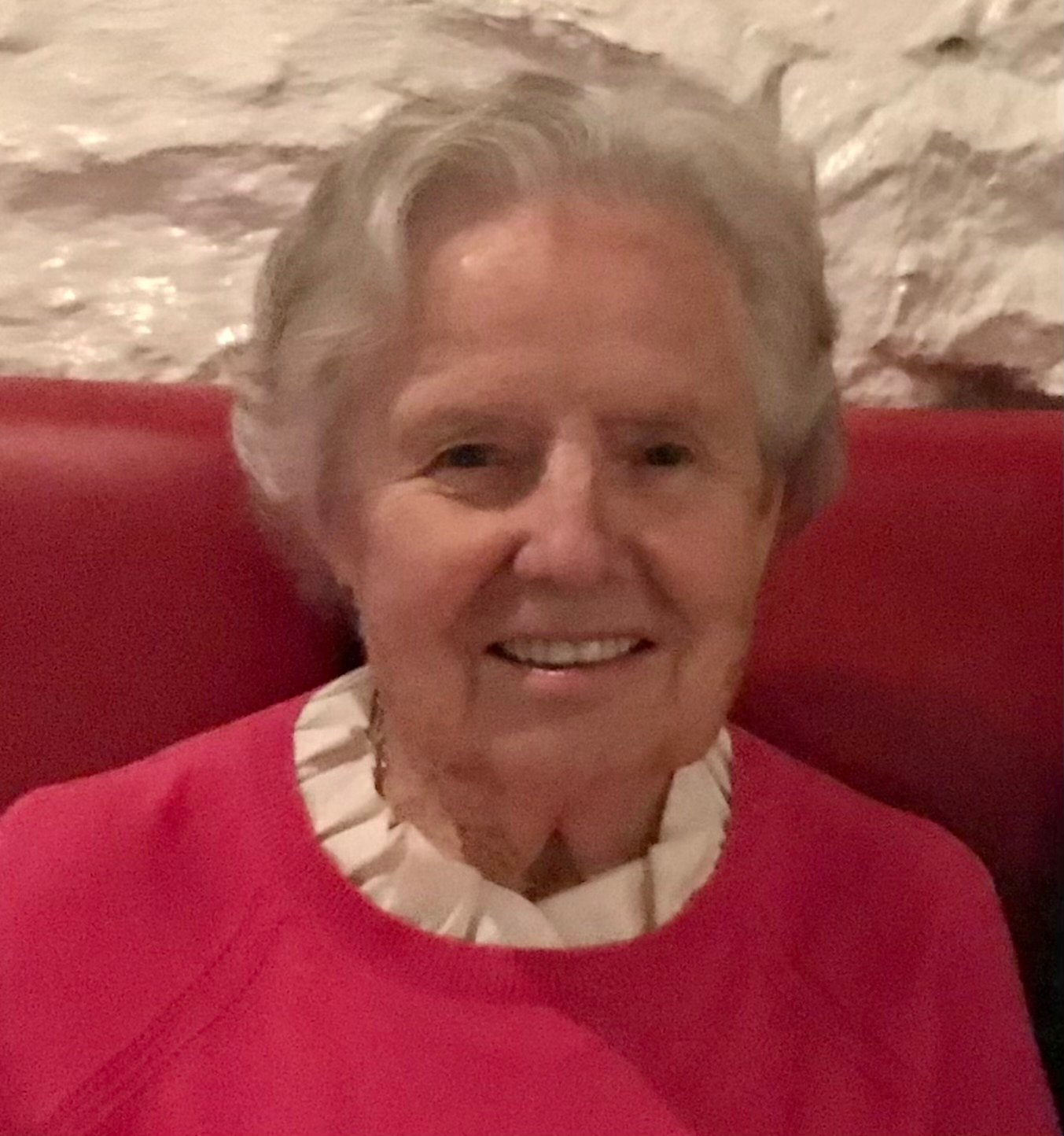 Marianne Wehner Mebane passed away peacefully while encircled in the love of her husband Bill of 66 years and all her children, Bill, Jane and Anne at Foulkeways in Gwynedd, PA on December 30, 2021.

Marianne had an infectious laugh that could easily get the whole room going. A deep thinker, and self-dubbed ‘sociologist’ of the family, she had a way of making people of all walks of life feel seen. Her curiosity for others and the world sparked her lifelong work of leaving the world a better place. The sparkle in her eyes and smile radiated to those who had the good fortune to know her.

Marianne lived her life in her hometown of Wyndmoor having been born on June 29, 1931 with a childhood spent in her beloved home on Mermaid Lane in Wyndmoor and her married life not far away on Gravers Lane.  A graduate of Abington Friends School, she continued her lifelong quest for knowledge and understanding of the world around her and how to improve the lives of those in it, at Centenary College and thereafter graduating from the University of Pennsylvania.  While at Penn, she met the love of her life and companion to the end, Bill Mebane.  The charms of Marianne were many and her suitors numerous, but the charisma of a Southern Medical Student who twirled her around the floor at a college dance with a cast on his leg  proved irresistible and they were married in 1956 in her childhood church, Summit Presbyterian. The couple had a whirlwind honeymoon traveling the South including a visit to the Mebane Family and sharing the limelight (and her corsage!) with Bill’s grandfather's “new” 90-year-old bride.

As a newlywed, not content with being an Army wife to her new doctor husband posted in Georgia, she began teaching and commuting to school on her motor scooter causing quite a stir.  Her teaching experience reinforced a lifelong commitment of service to those who did not share her advantages.  She would go on to co-found Meals on Wheels of Chestnut Hill, serve as a Court appointed Children's Advocate through CASA Philadelphia, help start the Veterans Park in Wyndmoor, worked at the Visitor’s Center in her beloved city of Philadelphia and championed the need to improve unequal educational opportunities in Philadelphia City schools. At their home on Gravers Lane, Marianne created a hub of neighborhood activity with the door always open, providing endless adventures at the “Mebane’s”.  As a mother, she set an example of grace, strength and joy. “Boo” as she was affectionately known by her grandchildren and great-grandchildren, was known for her unending thoughtfulness and taught all that life was serious, but not that serious.

Even with age, Marianne did not take a backseat to life. In her late 70’s she marched on Washington to protest the Iraq War and in her 80’s she traveled to Haiti, teaching her grandchildren that even one person can help in their own way to bring a little justice and peace. Over meals she encouraged her family to think of others, brought important questions to the table and asked others to not turn a blind eye to either the beauty or pain of the world. While she instilled in her children the importance of living a life that responded to the world’s troubles and wounds, she equally taught the importance of having fun, finding wonder and spreading joy.

With Marianne, the candy dish was full, her famous bone-crusher hugs were ever at the ready, and she was always game for a new adventure. She never sought the spotlight but instead let her life speak with her presence and deeds.  A graceful, powerful force for good, with far-reaching ripples.

A Memorial Service will be held at a future date at Foulkeways in Gwynedd, Pennsylvania.

In lieu of flowers, it is suggested that a donation be made to the: