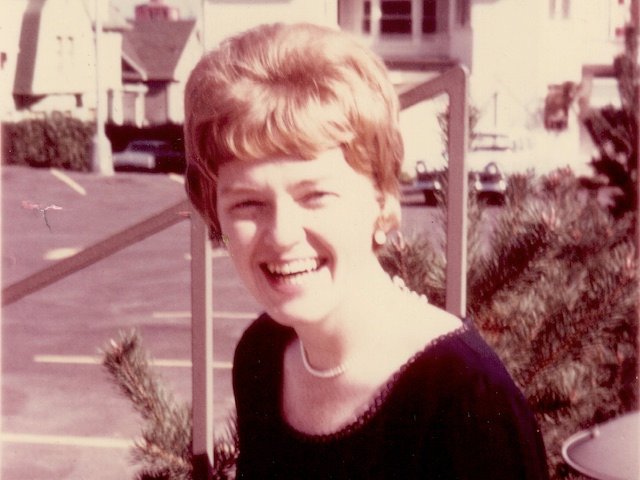 Maryanne Gormley Johnson, age 80, formerly of Portland, Oregon and Millerton, New York, died Monday, September 23, 2019, at home in Wyncote, Pennsylvania. Born May 24, 1939, in Sharon, Connecticut to Anna Elizabeth and William J. Gormley, Maryanne – known from her first year to family and friends as Ginger – grew up in Millerton, New York where her father had been the mayor and town supervisor, and her mother a lifelong patron and librarian of the Millerton Free Library. A graduate of Pine Plains High School and the Boston College School of Nursing, Ginger embraced her wanderlust with pediatric nursing residencies in New York, New York (at Saint Luke’s hospital, where her granddaughter would be born almost fifty years later), Seattle, Washington (driving across the country and arriving just in time to attend the 1962 World Fair), and New Haven, Connecticut. She met her future husband and the love of her life, Rees Charles Johnson, at a party thrown by Rees’ Yale Law School roommate in 1966 and they were married later that year on a snowy December day in Millerton. They moved to Portland, Rees’ home, where Ginger continued to work as a pediatric and neonatal nurse until the birth of her son in 1971. Ginger was devoted to her family and spent as much time with them as possible, both at home, on the Oregon coast, and on memorable trips to England, Ireland, Wales, and Italy. When her children grew older, Ginger spent many years working and volunteering in children’s bookstores and libraries, as children’s books and literacy had always been passions of Ginger’s. After Rees died in 2013, Ginger returned to the east coast to be closer to friends and family, and recently enjoyed the company of some of her closest friends from childhood and college, and extended family, who traveled to the Philadelphia area to celebrate her eightieth birthday. Ginger is survived by her son, Peter J. Johnson, and his wife, Laura of Philadelphia, Pennsylvania; her granddaughter, Olivia Madeleine Johnson, of Philadelphia; her brother, Peter V. Gormley, of Surry, Maine and Washington, D.C.; and several nieces and nephews. Ginger was predeceased by her parents; her husband; her daughter, Sarah Rees Johnson; and her siblings, William F. Gormley and Susan Gormley Liskey. Memorial services will be held at The White Hart Inn in Salisbury, Connecticut at noon on October 19, 2019 and Portland, Oregon at a later date. Burial will be private in Portland, Oregon. In lieu of flowers, donations may be made in Ginger’s memory to the Alzheimer’s Disease and Related Disorders Association, Inc., Chicago, Ilinois.