Michael Morgan: Not just another brick in the wall

When Pink Floyd was writing their iconic rock anthem, “Just Another Brick in the Wall,” they might have been thinking of Michael Morgan, a brickworks artisan whose one-of-a-kind creations …

Michael Morgan: Not just another brick in the wall 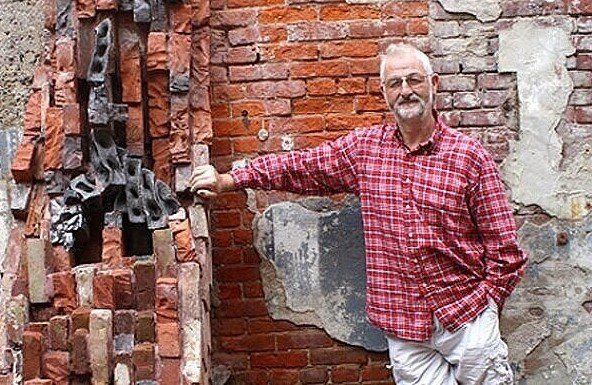 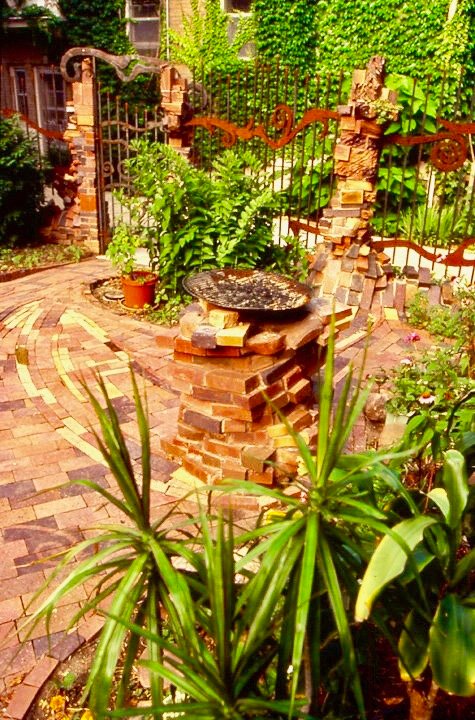 A patio and garden wall recently built by Morgan for a private home.
Previous Next
Posted Friday, September 11, 2020 9:50 am
by Len Lear

When Pink Floyd was writing their iconic rock anthem, “Just Another Brick in the Wall,” they might have been thinking of Michael Morgan, a brickworks artisan whose one-of-a-kind creations adorn the yards and gardens of at least 10 stately Chestnut Hill homes.

“He’s the hardest working man since James Brown,” said Hill resident Barry Waronker, a retired financial adviser and author. “He did a great job on my garden, and I enjoyed getting to know him. He’s the kind of person who would have been at home in the world 100 or 200 years ago. He did two jobs for me with no deposit, 'just pay me when you’re happy' and a handshake. An old-school guy in the best sense of the word.”

Morgan, 64, is originally from Portsmouth in the south of England. He studied ceramics at the Wolverhampton Polytechnic (now Wolverhampton University), and it was during his time there that he became enamored of brick as a medium for his art. “I used to take long walks through both city and country landscapes,” Morgan said recently as we sat about six feet apart wearing masks on a bench near Kilian's Hardware Store. “I found many abandoned brick industrial sites during these walks, and I was hooked.”

Morgan was further encouraged while working for the Portsmouth Parks Department, where he learned the fundamentals of horticulture and landscape design. All of these influences are seen in his sculptural work.

In 1988 the English artisan came to Philadelphia when a friend, Robert Sawyer, an intern at Morris Arboretum, urged him to explore the possibilities for his talent here. He wound up studying at the Clay Studio here and then at a ceramics school in New York, where he was recruited by a talent scout for the University of Nebraska, where he earned a Master's of Fine Art in 1992.

Morgan had originally planned to return home after testing the waters here, but he wound up marrying a woman from Philadelphia, so he stayed here. “I do go back to visit my family every year.” he said, “and I may stay there for a month at a time. My wife and I got divorced 10 years ago, but I am settled in Philly, and America is a better place to do public art.

“In England there is a list of about 20 people who get to do all of the public art. If you are not on the list — and I wasn't — it does not really matter what your talent is. Here I have been lucky to get so much work on things I really did want to do.”

Morgan was awarded the American Clay Artist Award for a brick chair he made during his time at the Clay Studio. He has won numerous competitive commissions in Philadelphia, Nebraska and North Carolina. Over the past 30 years, he has designed and installed many public and private sculptures, including work on a huge fireplace and 36-foot tower on private property in Lincoln, Nebraska, that took one year and 8,000 bricks to complete and cost $200,000. All of his work is non-representational and uses abstract design to create a wide range of works of art with hand-carved and altered bricks. Morgan lays every brick individually, which is extremely labor-intensive.

Michael built a kiln in Brewerytown with a grant from the Franz and Virginia Bader Foundation, where he fires his salt-glazed bricks. (There is often room in the kiln if you are a ceramic artist and want to help with the firing.) In his spare time Michael enjoys amateur archaeology, gardening and a good IPA. He has dug up many objects that are more than 100 years old and are not valuable in themselves but that he is using to build a wall on a property in Kensington.

The closest place where Morgan can get his bricks is in Canton, Ohio. They are delivered 1,000 at a time. While most pictorial artists have been devastated by the pandemic, Morgan has not. “It has not affected me at all,” he insisted. “In fact, this year has been better than most!”

According to Lorraine Lombardi, a retired Salus University professor and Chestnut Hill resident, “A few years ago, when I wanted my hillside 'spruced up,' Michael Morgan was referred to me. Michael asked me how I felt about rocks to shore up the hillside … In the end it is both very beautiful, and the hillside is stabilized! My neighbors admire it all the time and have hired Michael to help with their properties as wel  l. Michael is hardworking, prompt and efficient.”

For more information, call 402-802-3537 or email michmgm56@gmail.com Len Lear can be reached at lenlear@chestnuthilllocal.com