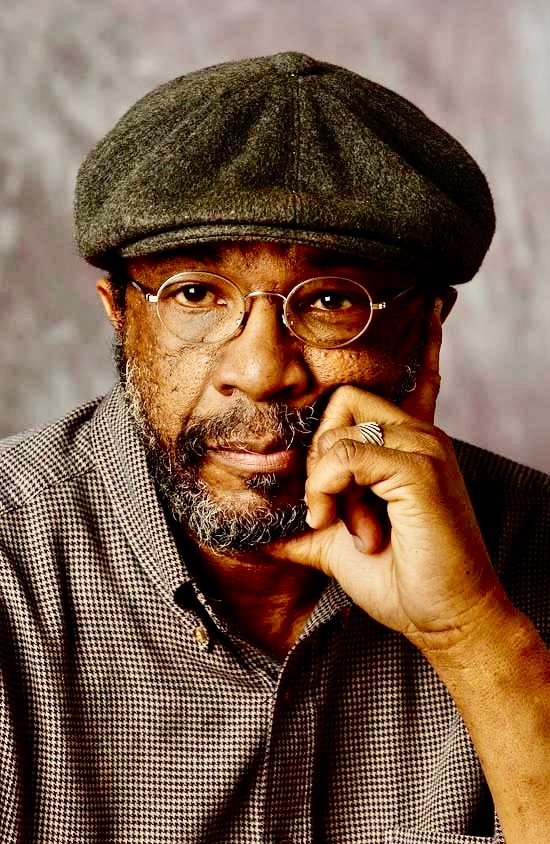 Brooker received dozens of honors over the years, including his 2021 installation into the Germantown Hall of Fame.
Gary Horn 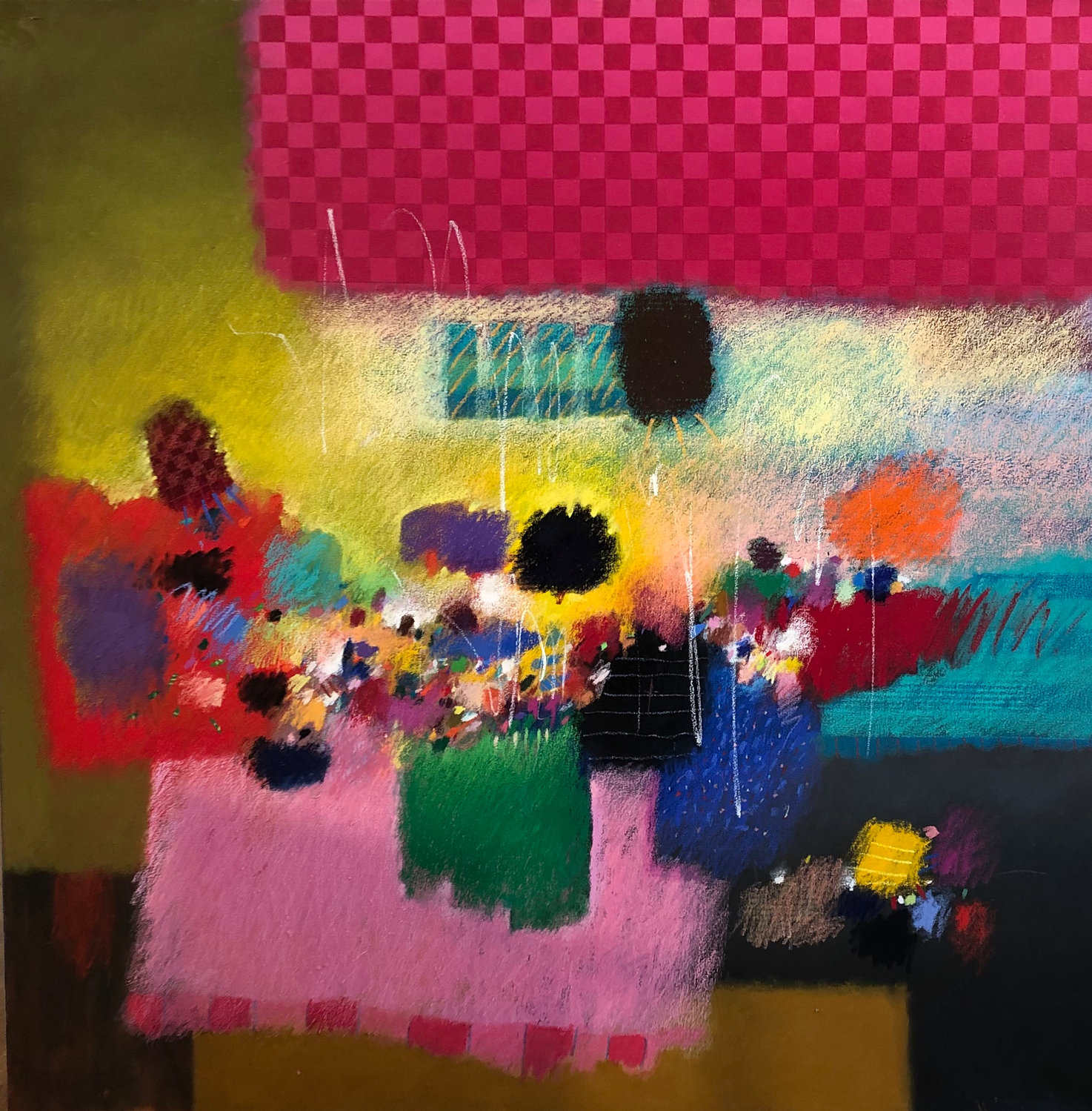 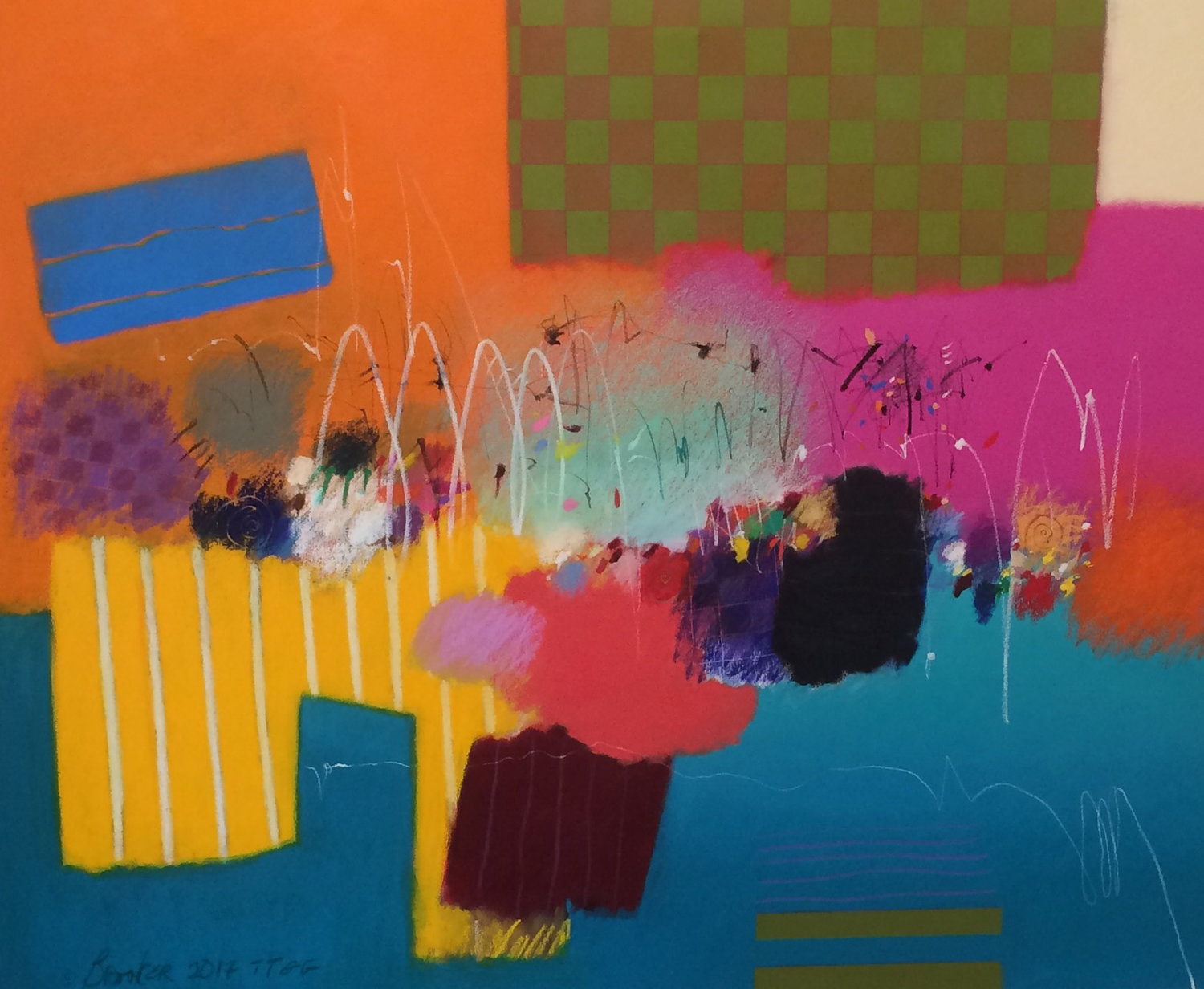 Moe Brooker was a Philadelphia treasure. He was a gift to artists and the art community with his talent, teaching, sharing and friendship extended to many in the art world.”
Bridgette Mayer, director of Bridgette Mayer Gallery in Center City
by Len Lear

Moe Albert Brooker, a beloved, longtime Germantown resident and one of Philadelphia's most renowned artists, died Jan. 9 after a brief stay at Mercy Fitzgerald Hospital. He was 81.

Although he was gentle and modest in person, Brooker had an international reputation. His paintings are in the collections of dozens of major museums, including the Philadelphia Museum of Art, Woodmere Art Museum, Cleveland Museum of Art, Pennsylvania Academy of the Fine Arts, Moore College of Art & Design, the Kimmel Center for the Performing Arts and dozens more.

An abstract artist, Brooker used vivid colors, lines, stripes, squares and circles to infuse a feeling of improvisational jazz in works he created at his Greene Street studio.

“Moe Brooker was a Philadelphia treasure. He was a gift to artists and the art community with his talent, teaching, sharing and friendship extended to many in the art world,” said Bridgette Mayer, director of Bridgette Mayer Gallery in Center City. “He will be deeply missed, and I am grateful to have had a chance to be in front of him and his beautiful paintings over many years.”

Brooker was born in Philadelphia in 1940 to the Rev. Mack Henry Brooker Sr., an AME minister, and Lumisher E. Brooker, a community leader and political activist. He was named after a family friend who died in World War II. His father was from South Carolina and moved to Philadelphia, where he earned a theology degree from Temple University. He also worked as a mechanic to support his family of seven children.

Brooker grew up in South Philadelphia. “I had a terrible stutter as a child,” he told me in an interview several years ago. “Other kids constantly made fun of me, which was very painful, but that made me work very hard to overcome the speech impediment, which I was able to do when I was a student at the Pennsylvania Academy of the Fine Arts (PAFA).”

According to Brooker, PAFA had not been a welcoming place for two Black students who preceded Brooker in the 1950s, Louis B. Sloan and Raymond Saunders - who served as mentors for him.

“They told me to keep my nose to the grindstone,” he said, “and that I could not afford to act silly in any way, as white students could, because we would always be under a microscope and be judged by a higher standard … I just wanted to work hard and have my work explore the joy of the human spirit.”

The advice paid off. Brooker was awarded the William Emlen Cresson Memorial Traveling Scholarship in 1962, enabling him to travel around Europe to see the works of the greatest European artists. After receiving a certificate from PAFA in 1963, he was drafted into the Army and spent a year in Korea, from 1964 to 1965. It was there, he said, that he saw the vivid colors in a funeral procession, which left a deep impression on him and continued to inform his work.

After his military service, Brooker enrolled at the Tyler School of Art at Temple University, obtaining bachelor's and master's degrees in Fine Arts in 1970 and 1972, respectively. As a graduate student, he taught silkscreen printing at the Brandywine Workshop, which improved his skills as both a printmaker and teacher. His work was eventually shown in countless solo and group exhibitions in major U.S. cities and many other countries. He had at least three dozen one-person shows.

Brooker was also a highly regarded teacher. After graduate school in 1972, he taught at Tyler for one year and then became an assistant professor at the University of Virginia and later an associate professor at the University of North Carolina. In 1978, he began teaching at the Cleveland Institute of Art, where he was the school’s first Black faculty member, as an associate professor in painting and drawing.

He served as chair of the Philadelphia Art Commission when the committee approved the design of the Barnes Foundation’s new building on the Benjamin Franklin Parkway, part of a contentious period involving the museum’s move from Lower Merion to Center City. As a commission member, Brooker voiced his opposition to the placement of the Rocky statue at the base of the Philadelphia Museum of Art, calling the  sculpture “a prop” and not a piece of artwork.

“A man of deep faith,” his family said in a tribute, “Moe Brooker was passionate about art, music and life. He defined what it meant to be a professional fine artist, nurturing professor, loving son, brother, father, colleague and friend.”