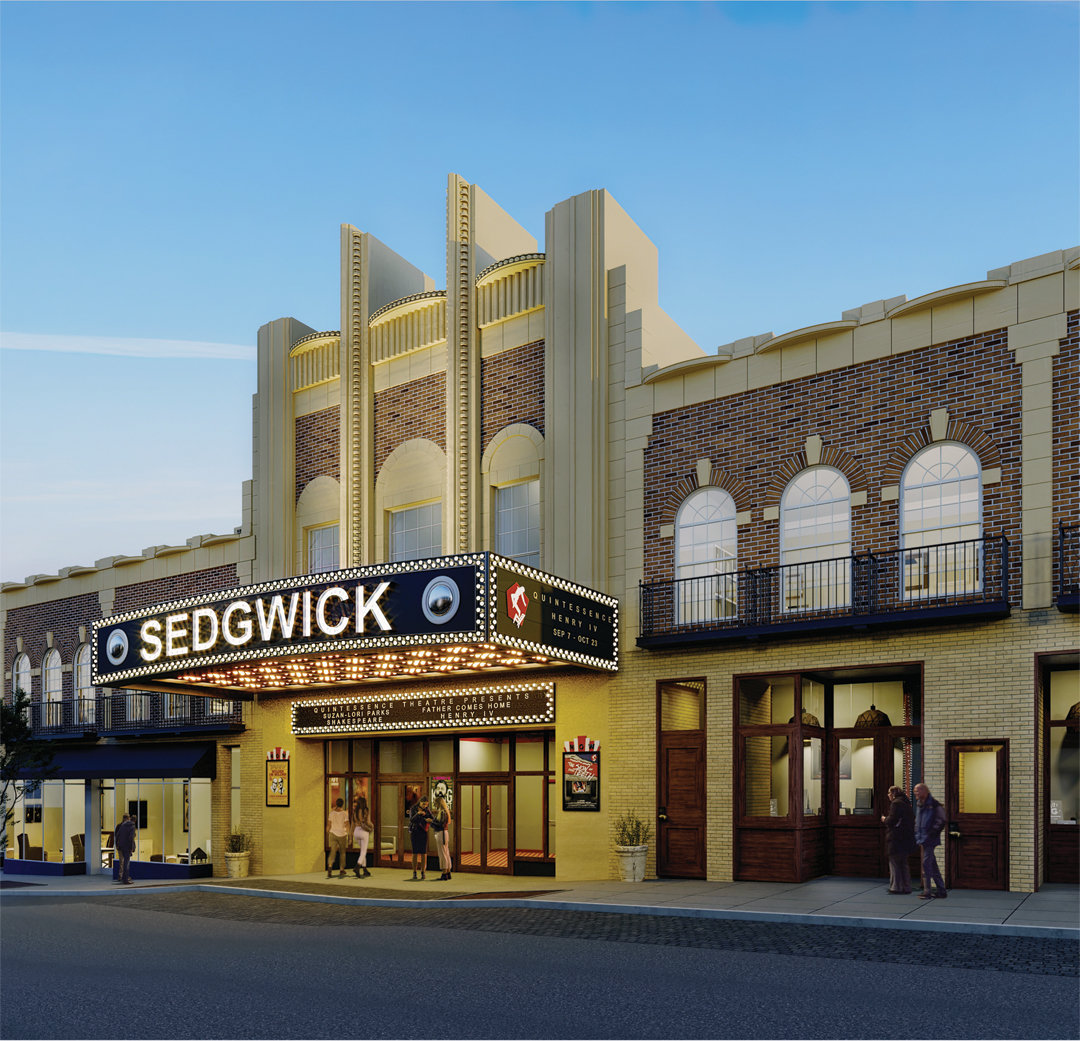 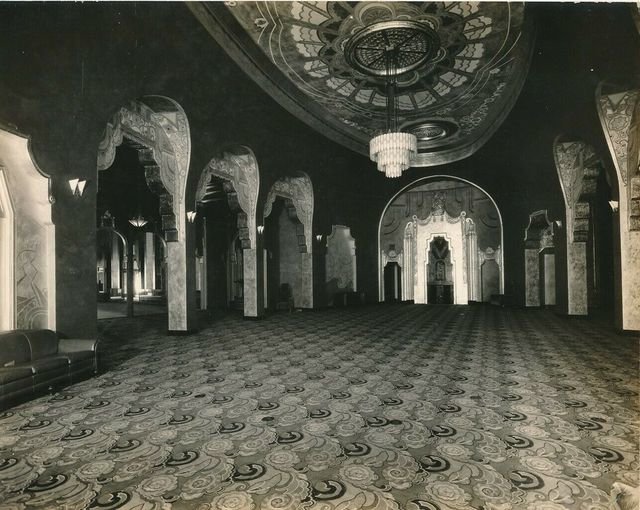 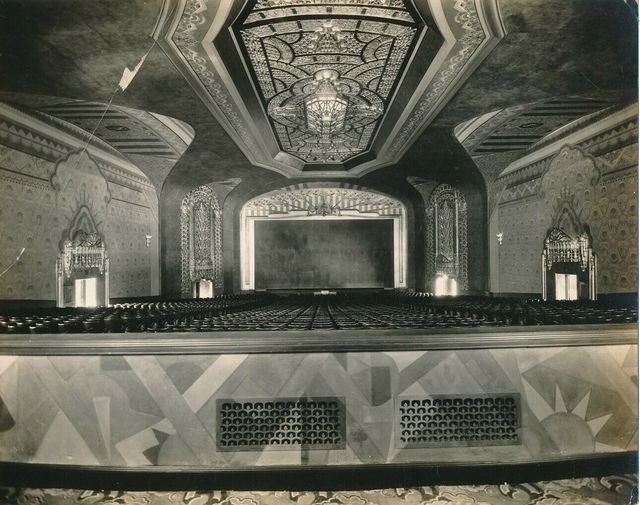 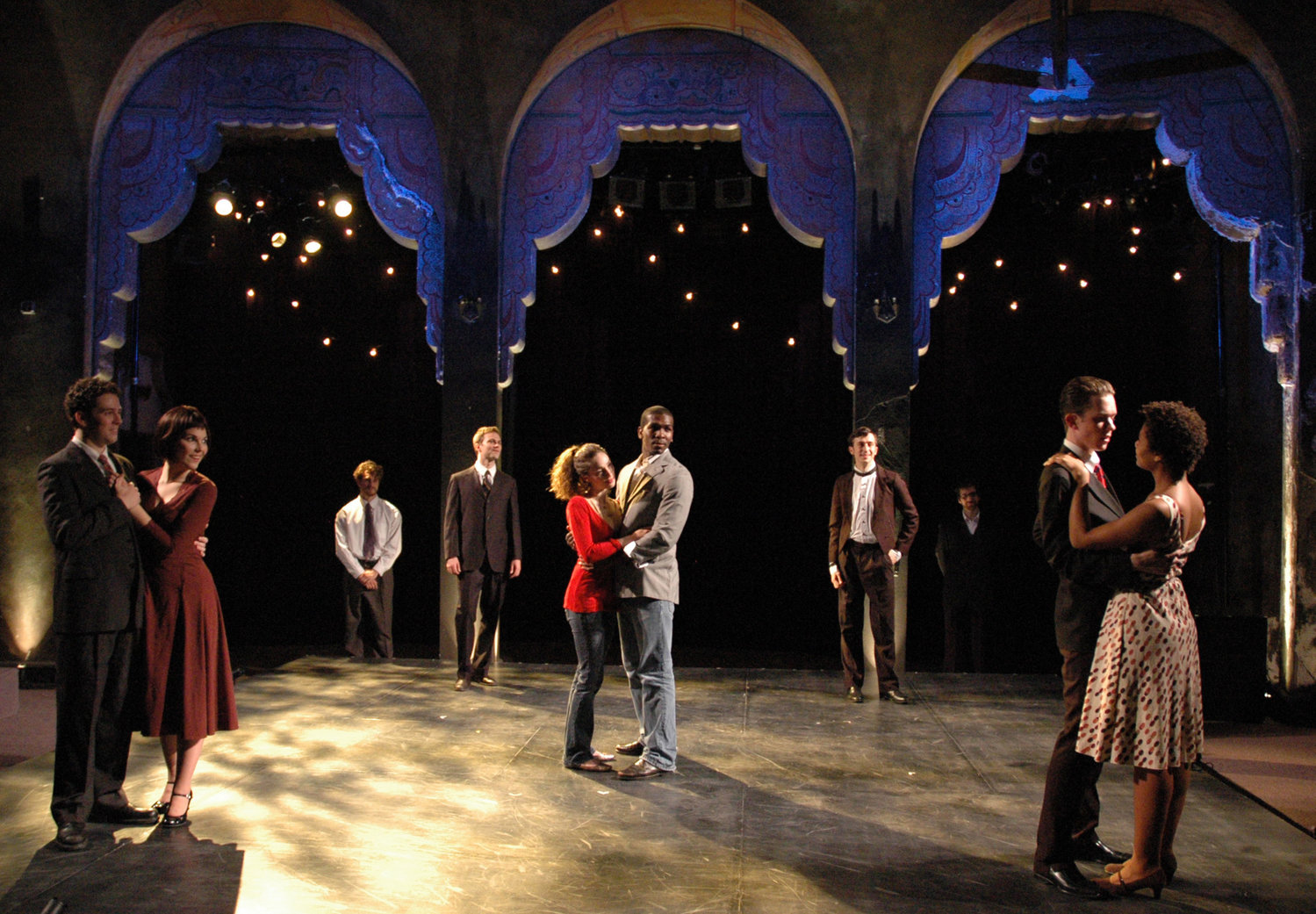 Lobby's current use as performance space for Quintessence Theatre Group.
Previous Next
Posted Thursday, May 12, 2022 10:22 am
by Carla Robinson

Quintessence Theatre Group has just won a second state grant from the Redevelopment Assistance Capital Program to renovate and restore the historic Sedgwick Theater in the heart of Mt. Airy’s central business district.

State Sen. Art Haywood, who helped secure the grant, was scheduled to present a ceremonial check for $750,000 at a press conference on Tuesday, May 10 at 2:30  p.m. in front of the building. This is the second such grant that Haywood has helped acquire for Quintessence. The first, which was for $500,000, was announced in September.

Alex Burns, artistic director of Quintessence, said this money is a significant step toward their ultimate goal of buying and restoring the entire building.

“Since we began our residency at the Sedgwick 12 years ago, one of our goals has been to work toward the acquisition and renovation of that building,” Burns said. “It's been our long-term vision to reclaim the entire space, and to restore and revitalize as much of the historic theater as we could.”

The new grant will cover the restoration of the historic Sedgwick Theater marquee, and re-creation of the Germantown Avenue lobby and box office. It will also cover upgrades to the building's electric systems and wiring, new interior lighting, a state-of-the-art climate control and air filtration system, the creation of a new rear emergency and fire egress to the performance venue and the installation of an enhanced fire alarm and security system.

The project, first announced when the initial grant was awarded in September, is taking longer and costing more than originally planned because of inflation and rising costs of labor and supplies, Burns said.

“When we first did the pricing two years ago now, it was one thing,” he said. “But with inflation and rising labor and supply costs the price has gone up.”

Quintessence plans to start the first phase of the project in June of 2023 and complete it in October of 2023. Ultimately, the renovation will stretch over three different phases. Phase II is scheduled to start in the summer of 2024.

“This grant is helping us complete the first phases,” he said. “Further phases will include a new restaurant, new dressing rooms and backstage space.”

The grant is significant because of the dwindling amount of active theaters in Philadelphia. In the past few years, the Royal Theater on South Street and Society Hill Playhouse on 8th Street, along with the Boyd Theater on Chestnut Street, have all been demolished. The Uptown Theater on North Broad Street still stands but has been mostly vacant for the past several decades, although there have been numerous attempts to spur its revival over the years.

Currently, Quintessence is using what was once the front entry halls of the movie palace as its performance venue.

Originally built in 1928 as a 1,600-seat movie palace, the building interior had been converted into a warehouse storage facility back in the 1960s. While the original Art Deco chandelier remains, as does the original proscenium arch, much of the remaining historic detail is gone.

Quintessence, which now has a 20-year lease on the building that includes a purchase agreement, is on track to eventually buy it.

“We’re pretty close to that happening,” he said. “As a nonprofit, we’re able to apply for grants for the restoration of that building.”

Burns said the historic building is one of the main reasons he returned to Mt. Airy to found Quintessence. He grew up in the neighborhood.

“I remember David Fellner taking me on a tour of the building, and just thinking that this really needs to be a major regional theater,” he said. “There are so few of these left - and we have an incredible opportunity here to restore and use it in a way that is consistent with its original purpose.”

Burns said that the Lantern Theater’s recent decision to open a second location just up the block at the corner of Mt. Pleasant and Germantown Avenues proves that his vision was correct.

“I have had people laugh in my face and tell me there’s no space for a professional Equity theater in Northwest Philadelphia - that you have to be in Center City for that,” he said. “We are showing that’s just not true.”

The Sedgwick was one of a series of silent movie theaters designed by architect William H. Lee, and one of the few that remain.

It was named for Sedgwick Tourison, part of the family that owned much of the local property at the time. It had 1,600 seats, a large stage for occasional vaudeville nights, and an organ.

According to the Chestnut Hill Herald of September 7, 1928, Helen Masters Shaplin was the first organist. When it closed in 1966, the organ was rescued by the Delaware Valley Chapter of what is now the American Theater Organ Society.

In 1994, Betty Ann and David Fellner bought the space and opened the Mt. Airy Cultural Arts Center, a music venue and event space. Quintessence moved into the space in 2010.

Administered by the Office of the Budget, the Redevelopment Assistance Capital Program (RACP) is a Commonwealth grant program that supports regional economic, cultural, civic, recreational, and historical improvement projects. The awards are at the discretion of the governor. Through the RACP process, Quintessence can apply each year for the next ten years to match yearly fundraising up to a total of $5 million.