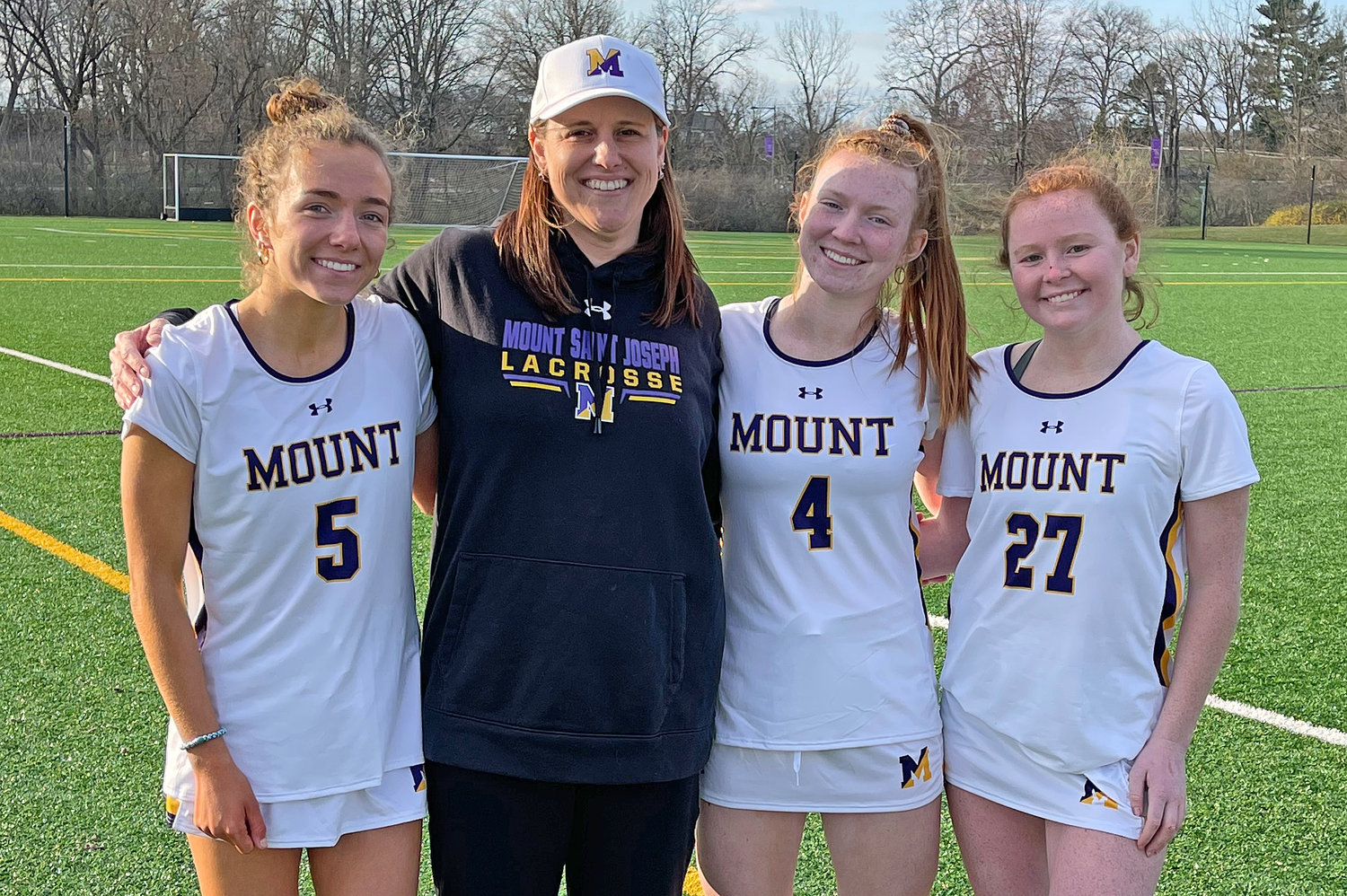 The Magic are playing under a new head coach this spring. Becky Cartee Haring, a teacher at Central Bucks West High School, played at Rutgers University and later coached at C.B. West. Most recently, she headed the program at Harriton High School before moving over to the Mount.

Providing continuity is assistant coach Archie Alston, who is entering his fourth season with the Magic sticksters and who also leads the JV basketball team at the Mount. Joining the staff this spring is Mary Dean, who is coming off a four-year stint as head coach at Germantown Academy.

Maher, who will go on to play for Manhattan College, is one of the three senior captains this spring, along with Campbell Donovan and Sarah Hughes.

All three started against Springfield last week, along with five juniors.

Goalie Annie Shields has been verbally committed to the University of Southern California for some time, and Kate Donovan has picked George Washington University. Loome, Molly Brennan, and Ava Rossi were the other 11th graders who began the game last Friday.

Rounding out the starting line-up were sophomores Amelia Clair and Quinn Shields and freshman Meghan Holmes.

Maher broke the ice for the Mount, cashing in on a free position from the left side of the arc late in the second minute. Off the next draw, Springfield came right down the field and Yoder netted her first goal. A free position for Smith led to another goal for the Spartans, who went up 2-1 with a little over three minutes elapsed.

This would be the only time the Magic trailed, though, and they pulled even when Campbell Donovan came from behind the cage on the left and angled a shot into the cage. Loome appeared to convert off of a free position, but a crease violation negated the shot. The Mount did go ahead for good with 14:32 left in the half, getting a free-position goal from Maher.

Over the next six minutes the Mount St. Joe lead was reinforced with markers by Clair, Kate Donovan, and junior Sophie Peters. After that, the 6-2 score held up another eight minutes until halftime, with MSJ's Annie Shields turning aside a point-blank shot by Yoder along the way.

The Spartans seized the draw at the start of the second half, but turned the ball over before getting off a shot. A bounce shot by Loome accounted for the first of three Magic goalie in three-and-a-half minutes, and the Mounties remained in control the rest of the afternoon.