After losing nine seniors off the 2020 soccer roster, Mount St. Joseph Academy has fewer gaps to fill this fall, missing five players who graduated from the 2021 team. 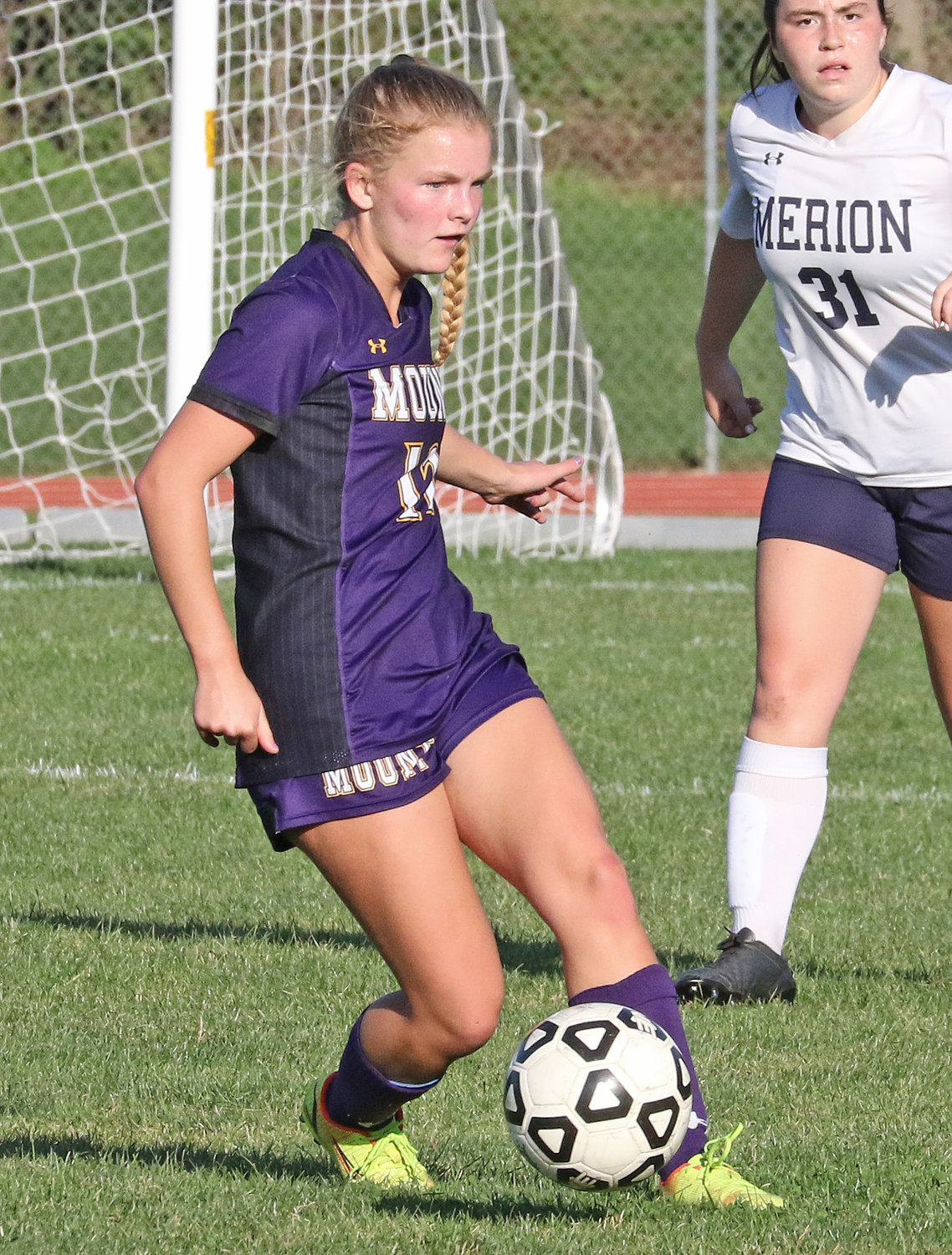 An important returning player for the Mount soccer squad is center mid Kate Donovan, now a senior. She is co-captain of the 2022 team, along with classmate Meg Hughes.
Photo by Tom Utescher
Posted Wednesday, August 31, 2022 12:00 am
by Tom Utescher

After losing nine seniors off the 2020 soccer roster, Mount St. Joseph Academy has fewer gaps to fill this fall, missing five players who graduated from the 2021 team.

One of the Mounties who moved on to college was starting goalie Sam Ammons, but current senior Gianna Aregnano saw a good deal of action coming off the bench last season and junior Chloe Swisher is a solid back-up.

Seniors Kate Donovan and Meg Hughes are the Magic's co-captains for the 2022 campaign.

The Magic's first interscholastic action came during a playday on August 20 at Abington High School, where the varsity played three matches. In the first outing, a goal by Klemick was the game-winner for the Mounties in a victory against Marple Newtown High School. Next, a win over Haverford High School featured markers by McGovern and Vogel, with D'Alonzo and Smith providing assists. The Magic fell behind Wissahickon High by a goal, then earned a tie thanks to Bakley.

Coach McCauley praised the Mount's overall defensive effort and the play of Aregnano and Swisher in goal.