More than four decades ago, Hattie Williams was given one of the most valuable gifts a person could receive — a house. 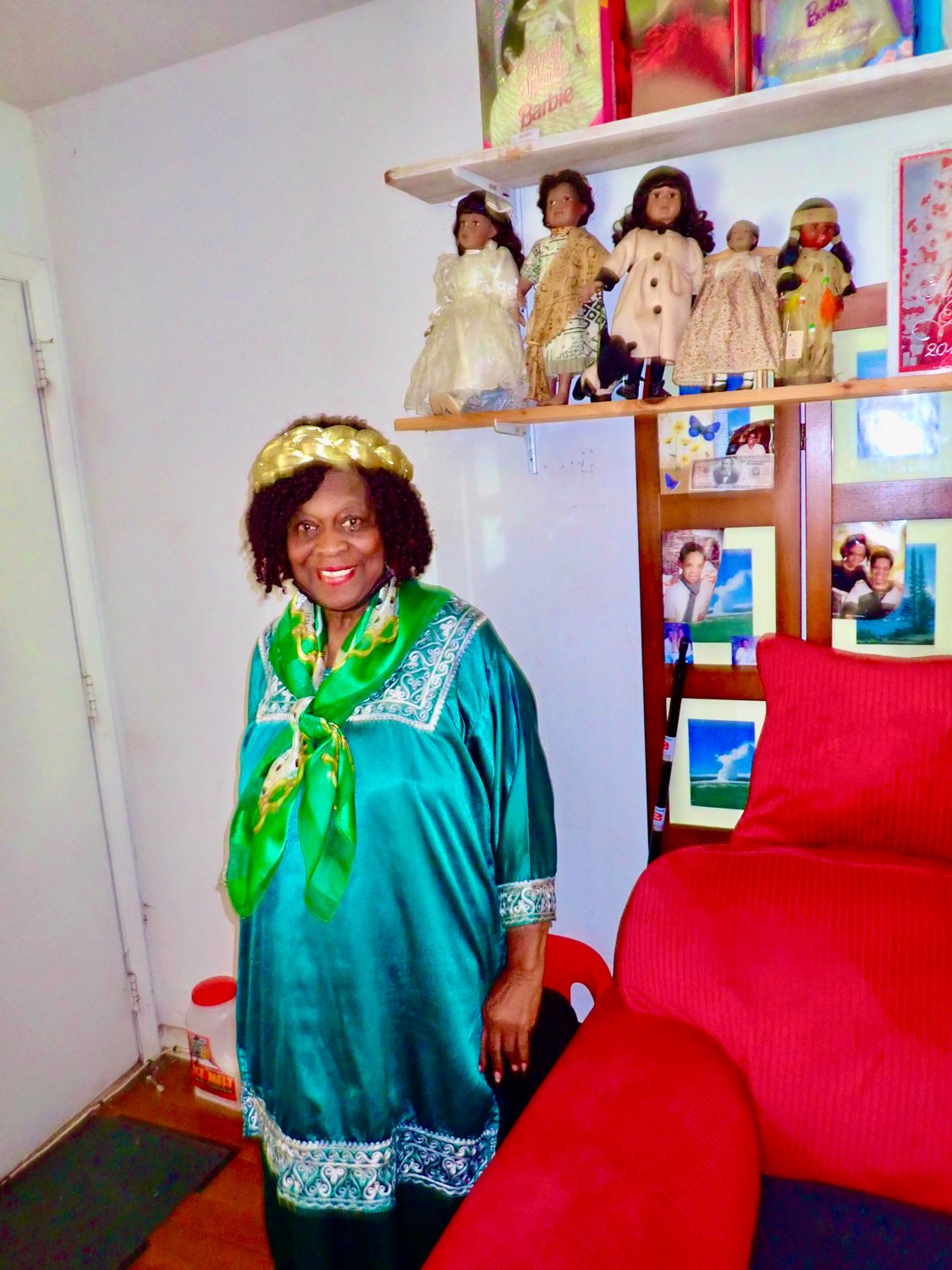 Hattie Williams, who has lived in Northwest Philadelphia for her entire life, is seen in her Mt. Airy home that is a virtual museum of dolls, framed photos and collectibles.
Photo by Len Lear
Posted Thursday, August 18, 2022 12:00 am
by Len Lear

More than four decades ago, Hattie Williams was given one of the most valuable gifts a person could receive — a house. Her late sister Janie paid for the house to be built on the empty lot right next door to her mother’s house, and Williams, who is now 79, still lives there.

“Some people think I have a lot of money because I have this house in Mt. Airy,” said Williams, who now juggles bills while trying to survive on a small monthly Social Security check. “But they do not know this house was a gift.”

Williams, who left high school before graduation to marry and raise her first child, never became a high-earner herself.

Williams grew up on Haines Street in Germantown with three brothers and three sisters, all now deceased. She attended Gratz High School in North Philadelphia because her father, who was divorced from her mother, lived near Gratz - and she would visit him often.

“He sold pony rides,” Williams said. “You know how young men are. They would buy a ride for themselves and a ride for me. So I made money for my dad and me. I saved hundreds of dollars that way.”

Despite her luck with the house, Williams has seen plenty of tragedy.

Her firstborn, a boy, was born in Chestnut Hill Hospital with severe brain damage. He is now 61 and lives with a caretaker in South Philadelphia. (A second son now lives in New York.)

Then her husband Nicholas died suddenly at the age of 27, many decades ago. It was most likely a heart attack, Williams said.

She has endured her own share of health challenges. Williams survived breast cancer twice and is currently being treated for bladder cancer. But she doesn’t feel sorry for herself.

“I am blessed,” Williams  said, “because I am still alive, so I can still spread love to everyone.”

Thanks to her sister Janie’s consistent generosity, Williams said, she’s been able to see quite a bit of the world. Janie liked to travel, but her husband James didn’t. So Janie took Williams along instead.

“Janie also took me on so many vacations to lots of places in the U.S. and to Jamaica, Ireland, Texas, California, Barbados and more, and she always paid for everything,” Williams said. “People were always so nice. My favorites were Ireland and the Poconos, where we went many times. I always kept a suitcase packed and ready to go.”

She’s always had a strong community, she said, and had been going to Zion Hill Church of God in Christ at Washington Lane and Chew Avenue for about 50 years. She would routinely cook dinners there for any occasion for up to 100 people. “I have been a deaconess, cleanup lady, cook, play nurse, usher, trustee, hospitality - everything but the pastor.”

But with age has come infirmity, and she’s no longer able to do what she used to - a loss she feels profoundly.

“I can't do those things anymore, or cook or clean at home,” Williams said.

“Kids used to come here all the time for an above-ground pool in the back. It was a party place. I made food for everyone. I played music and would stand in front of the house and do exercise. People would come by and laugh. I am alone now.

“I’m not lonely because Jesus is always with me,” she continued. “But I do need help. My heart is hurting.”