Mt. Airy author and labor expert 'On the Job' June 21

I have been a long-time admirer of the work of Jane M. Von Bergen, 66, who retired in late 2017 as a labor writer for more than half of her 35 years at the Philadelphia Inquirer. Jane and her …

Mt. Airy author and labor expert 'On the Job' June 21 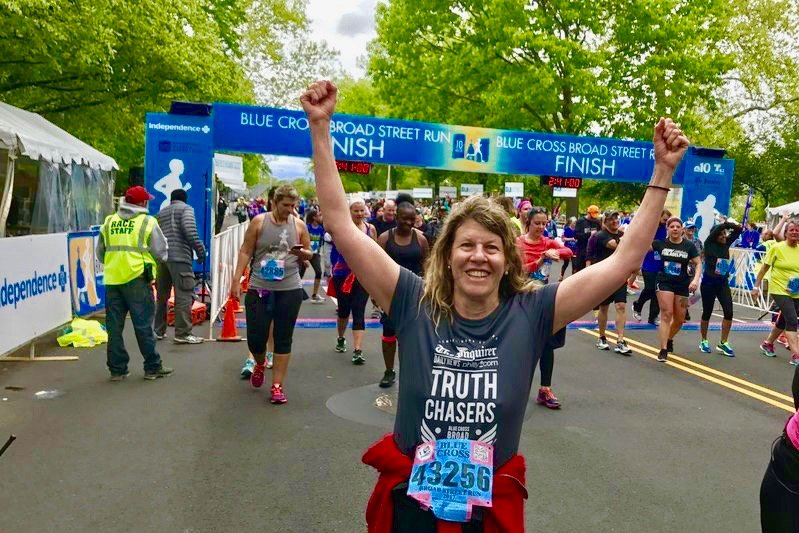 Mt. Airy resident Jane Von Bergen at the finish line after completing the Broad Street Run on May 7, 2017. Later that year she ended her 35-year-career at the Philadelphia Inquirer. 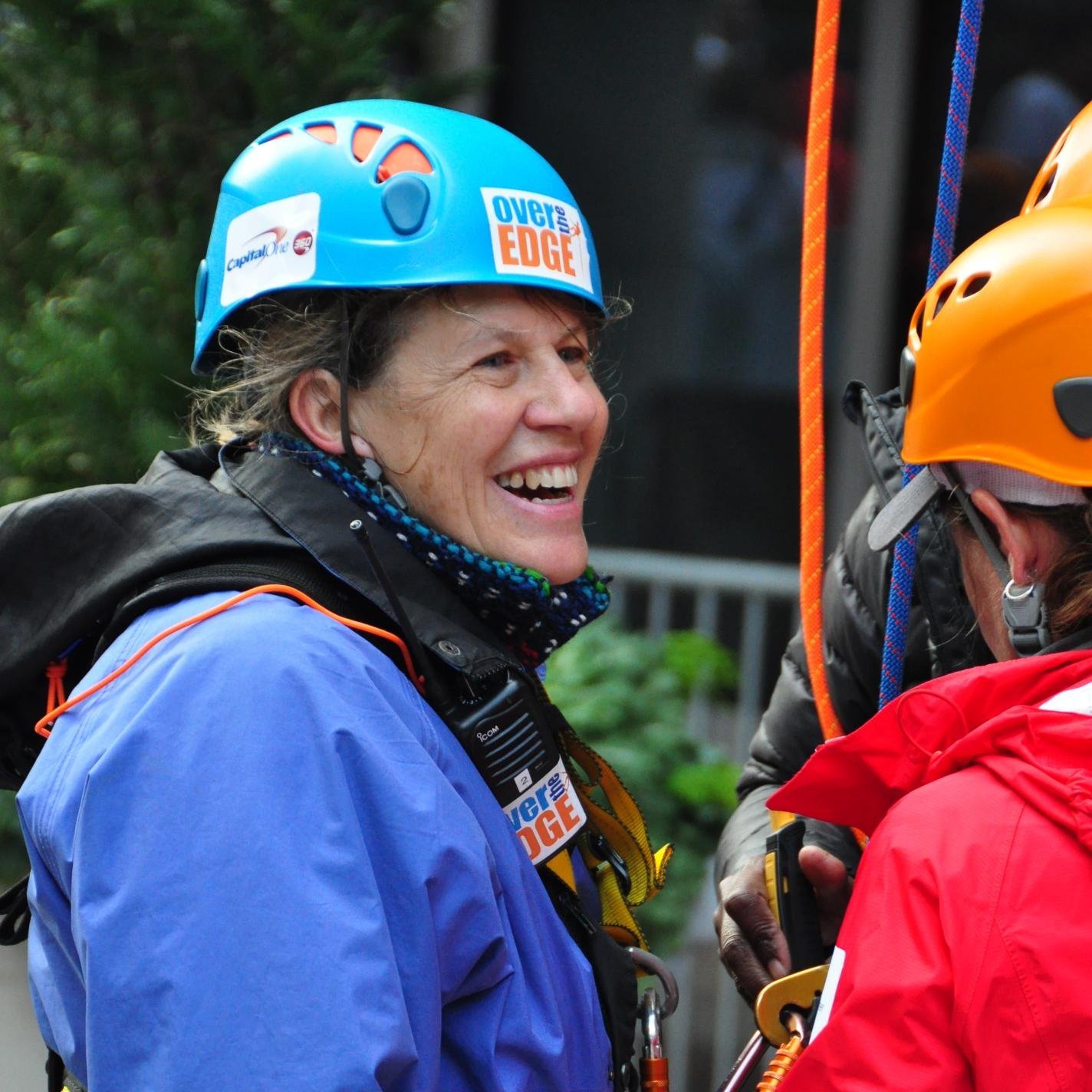 One of the highlights of Von Bergen’s career was rappelling down the exterior of One Logan Square for a story on innovations in corporate philanthropy.
Previous Next
Posted Wednesday, June 16, 2021 10:00 am
by Len Lear

I have been a long-time admirer of the work of Jane M. Von Bergen, 66, who retired in late 2017 as a labor writer for more than half of her 35 years at the Philadelphia Inquirer. Jane and her husband, I. George Bilyk, have lived in East Mt. Airy for more than 40 years and in West Mt. Airy before that.

But old journalists never really retire; they just find other outlets for their writing. In Jane's case, she has spent three years, on and off, traveling and talking to working people about their lives in Minnesota, North Carolina, Texas, California and New Jersey — sometimes multiple centers in the same state or city.

It is no secret that working people in the U.S. have seen stagnant or declining wages and working conditions over the last several years compared to previous generations, when children could usually expect to do better than their parents.

Jane and her collaborator, Celeste Monforton, interviewed more than 60 people. “At every center, we interviewed at least five to 10 people,” Jane told us recently, “both staffers and workers. We also attended meetings and gatherings, including a dance, and talked with people everywhere we went. We also interviewed people from centers we didn’t directly visit, including a virtual worker center, the Gig Workers Collective.”

The result of that research is a new book, “On the Job,” about the rise of job centers and fights for fair wages by Von Bergen and Monforton, which Jane will discuss virtually on Monday, June 21, 7 p.m. The event is sponsored by Big Blue Marble Books, 551 Carpenter Lane in West Mt. Airy.

In recent years there have been many articles in the major news media bemoaning the decline, even show death, of the organized labor movement which was so powerful in previous generations. However, Von Bergen maintains that she has found a new kind of labor movement, “one that is happening locally, quietly and among our country's most vulnerable but essential workers.”

As a longtime labor reporter, Von Bergen said the safety of workers on the job has always been a particular focus of hers, as is the necessity of their being paid a fair wage for their work. “Jobs are not always wonderful,” she said, “but when people go to work, at a minimum they should be paid, they should be safe, and they should not be subjected to harassment. People need to be paid! They need to be safe! When those minimum standards aren’t met, I’m outraged.

“So often, workers are killed or injured at work in a blatant disregard for their safety. Sometimes the injuries take years to develop, like silicosis or serious debilitating back pain. Other times, there are fatal accidents that could have often been prevented. Any workplace can be dangerous, but in some more established workplaces, there are safety procedures and trainings. Many of the workers in our book don’t have access to any kind of safety protection.

“They work in rough and dirty conditions that are conducive to injury. They aren’t trained. They aren’t given equipment. They aren’t told about the hazardous chemicals they may be using. They are often worked too hard and too fast, so they get hurt through sheer repetition. When they do get hurt, and they often do, there’s no medical help for them, or their immigration status makes them afraid to seek it.”

When asked about people who have had a significant impact on their life, respondents usually mention parents and spouse, as Jane also did, but she added, “I would also have to thank my third-grade teacher, Mrs. Judith Greenberg at Muhlenberg Elementary School in Allentown, who told me I could write.

“But the people in my stories have also been instrumental. Maybe it was a coincidence or perhaps a gift from God, but over the years, I had come to notice that whenever I needed to know something personal about growth or about life, somehow a person I was interviewing for a story would show up to teach me just the right lesson at the right time.”

Von Bergen and her husband have two sons, Joseph and Michael.