Poet Susan Windle new book “Through the Gates, The Second Omer Journey” continues her journey through daily life sustained and guided by the Jewish practice of Omer. 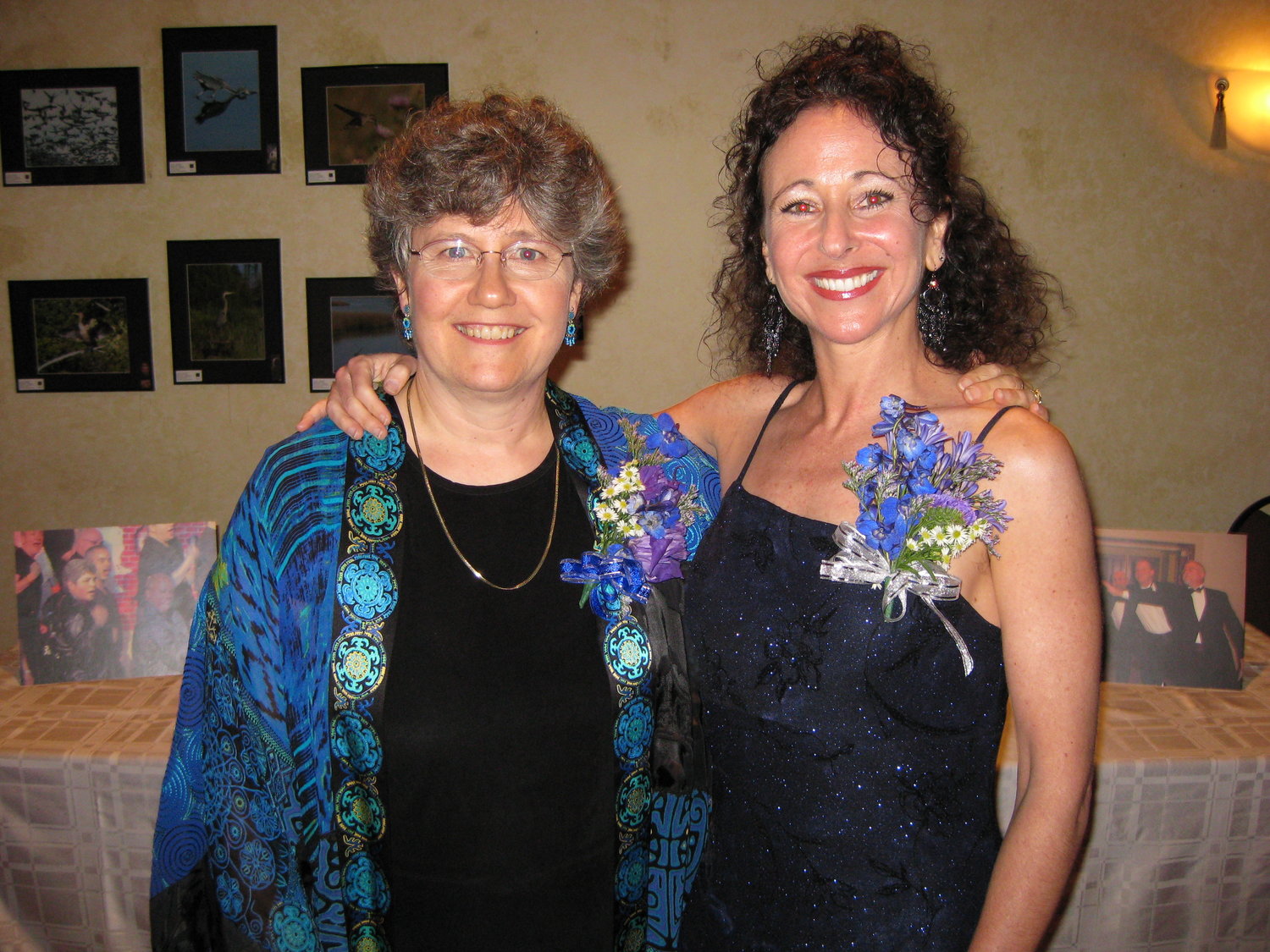 Windle (left) is seen during one of her poetry readings at a center city salon run by classical music composer Andrea Clearfield (right), who created three choral pieces for Windle's poems. 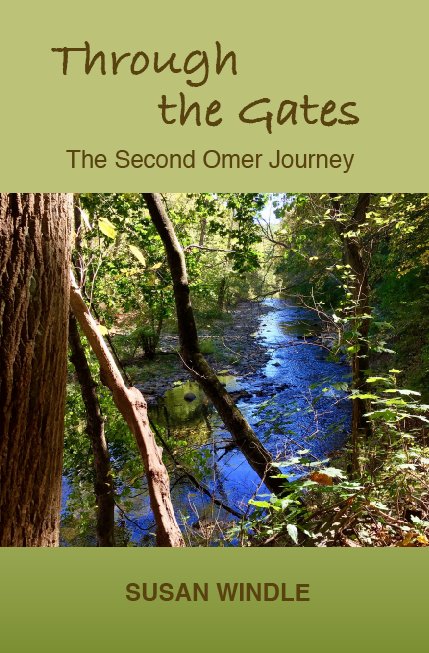 “Through the Gates, The Second Omer Journey” was just released by prolific Mt. Airy poet Susan Windle.
Previous Next
Posted Thursday, July 15, 2021 10:00 am
by Len Lear

Susan Windle, a Mt. Airy resident for the past 37 years, was a “rebellious kid” who still sings to the tune of a different drummer at the age of 69. Susan started writing a novel at age 13 in her family home in Elizabeth, NJ, and “wrote 10 pages but was then wise enough to quit.” However, she began writing poetry at age 13 and never has quit (except for two years), having just published her second major book of prose and poetry, “Through the Gates, The Second Omer Journey,” after more than 40 years of performing her poetry, mostly with musicians in the Philadelphia area, like her living room concerts with singer Phyllis Kline. (Susan did publish three smaller books of her poetry while in her 20s.)

Windle grew up in a Methodist family and was an English major at Drew University, a Methodist school in North Jersey, but she converted to Judaism in 2011 and had a Jewish religious ceremony in 2011 to Wendy Galson, her now-partner of 45 years, and then again in New York state in 2012 by a judge after gay marriage became legal in NY. “We had thought it would never be legal in our lifetime. Then came the Supreme Court decision. Suddenly we were legal everywhere,” Susan said in a recent Zoom interview.

As a teenager, Windle “thought about 'coming out,' but I figured you had to be in a big city to do that.” Windle moved to Philly and met Galson, who was in grad school at Hahnemann University (now Widener) and is now a Ph.D. clinical psychologist after being a school psychologist for 13 years.

According to the Advocate magazine, a national gay publication, Mt. Airy is the 'Lesbian Capital of the U.S.' “We were part of a wave of lesbians to Mt. Airy. We each had a child by an unknown donor. Wendy was 36, and I was 39. Both, Gabriel and Greg, are boys. We are gender-balanced.” (Gabriel now works at Temple University Library, and Greg is communications director for City Councilwoman Helen Gym.)

At one point Windle stopped writing poetry to devote her energies to community organizing. “After two years of 'I'm not a poet,' I came back to it. I love to create collaboratively. We had an 'Open Home Lesbian Center' in our house. Lesbians had no place to gather together, so they did it at our house. I'd do poetry, and Wendy would do guided meditation. We had a need to be more deeply nourishing in a secular way, a spiritual awakening.”

In 1991, Windle founded Voices of a Different Dream, an ensemble of women — poet Ellen Mason, singer Annie Geheb and Susan — who created an inventive marriage of poetry and song. They worked together for 25 years until, sadly, Mason died of ovarian cancer. Windle has also explored harmonies with visual artists, as in the Poem-Prints she created with artists Sara Steele and Alana Lea. While steeped in the ensemble work with Voices of a Different Dream, Windle also co-created two CD's and, with Ellen Mason, a joint book of poems.

Windle has presented her work, as well as the work of other poets, in varied settings over the years — cultural centers, nature and environmental centers, art galleries, coffee houses, women’s conferences, universities, churches, synagogues and schools, even her children's classrooms. When delivering a poem, she uses the full range of her voice and physical being, “as in the heat of a compelling conversation.

“A certain humility is necessary when approaching poetry. In writing, as in reading, you listen to a voice that is not entirely your own, and you let that voice speak through you. Hopefully, it changes you in some good way. I read poetry and write poetry to be in relationship and to grow and be changed.”

Regarding Windle's just-published book, “Through the Gates, The Second Omer Journey,” the word "omer” refers to the 49-day period between the second night of the Jewish holiday of Passover and the holiday of Shavuot. This period marks the beginning of the barley harvest when, in ancient times, Jews would bring the first sheaves to the Temple as a means of thanking God for the harvest.

The word “omer” means “sheaf” and refers to these early offerings. This year that period began March 28 and ended May 15. Windle's new “Through the Gates” book has both prose and poetry. “It started as emails I was sending to my spiritual companions,” said Susan. “In each letter I embedded a poem. It's a spiritual memoir.”

Word about the new book has mostly gotten out by word of mouth, Facebook, Susan's website and mailing list and book launch events. “People as far away as Louisiana and Kansas City showed up on eventbrite,” she said.