David Bradley is currently directing People's Light's world premiere musical adaptation of “A Christmas Carol,” streaming a filmed version of the show from Dec. 24 through Jan. 6. 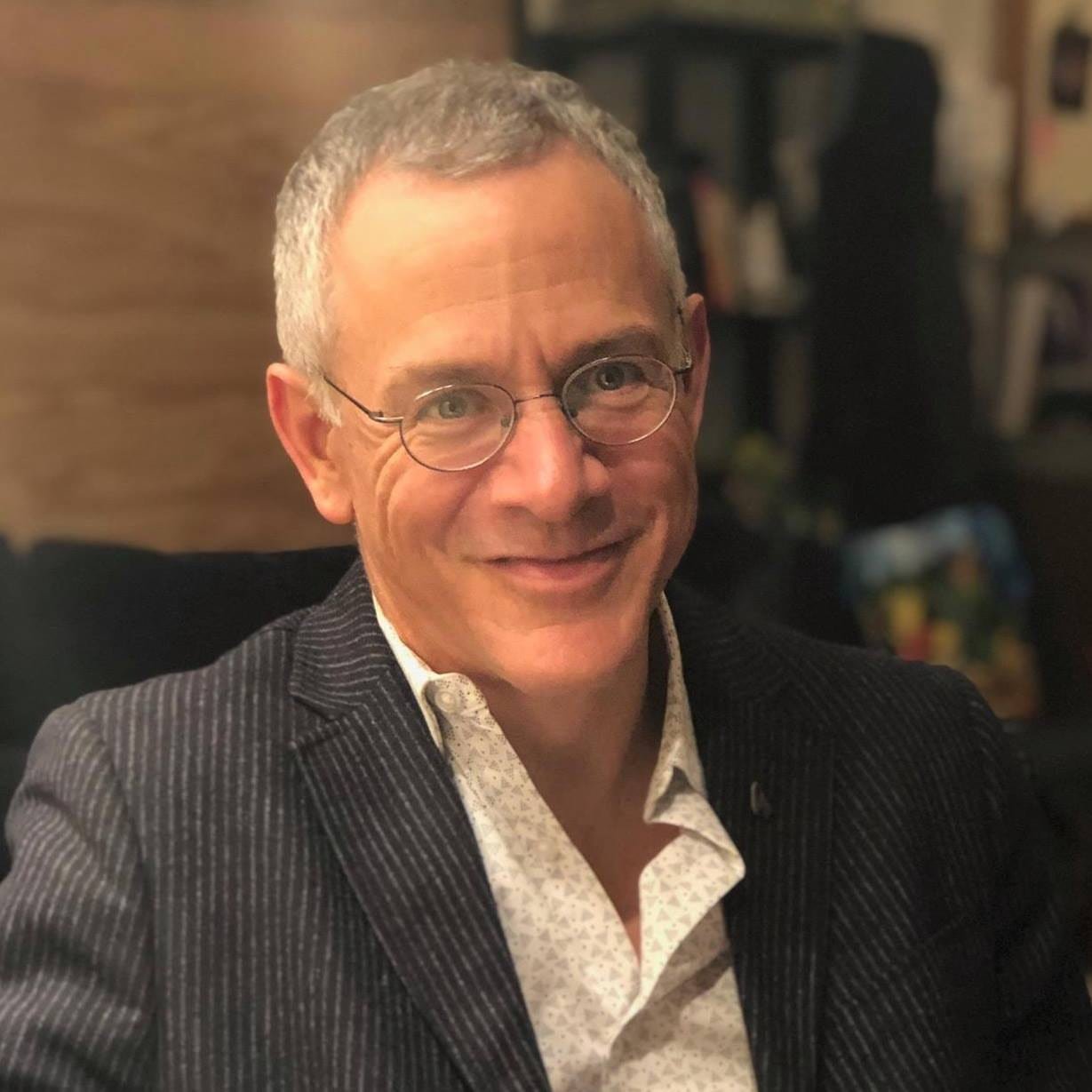 Bradley is currently directing People's Light's world premiere musical adaptation of “A Christmas Carol,” streaming a filmed version of the show from Dec. 24 through Jan. 6. 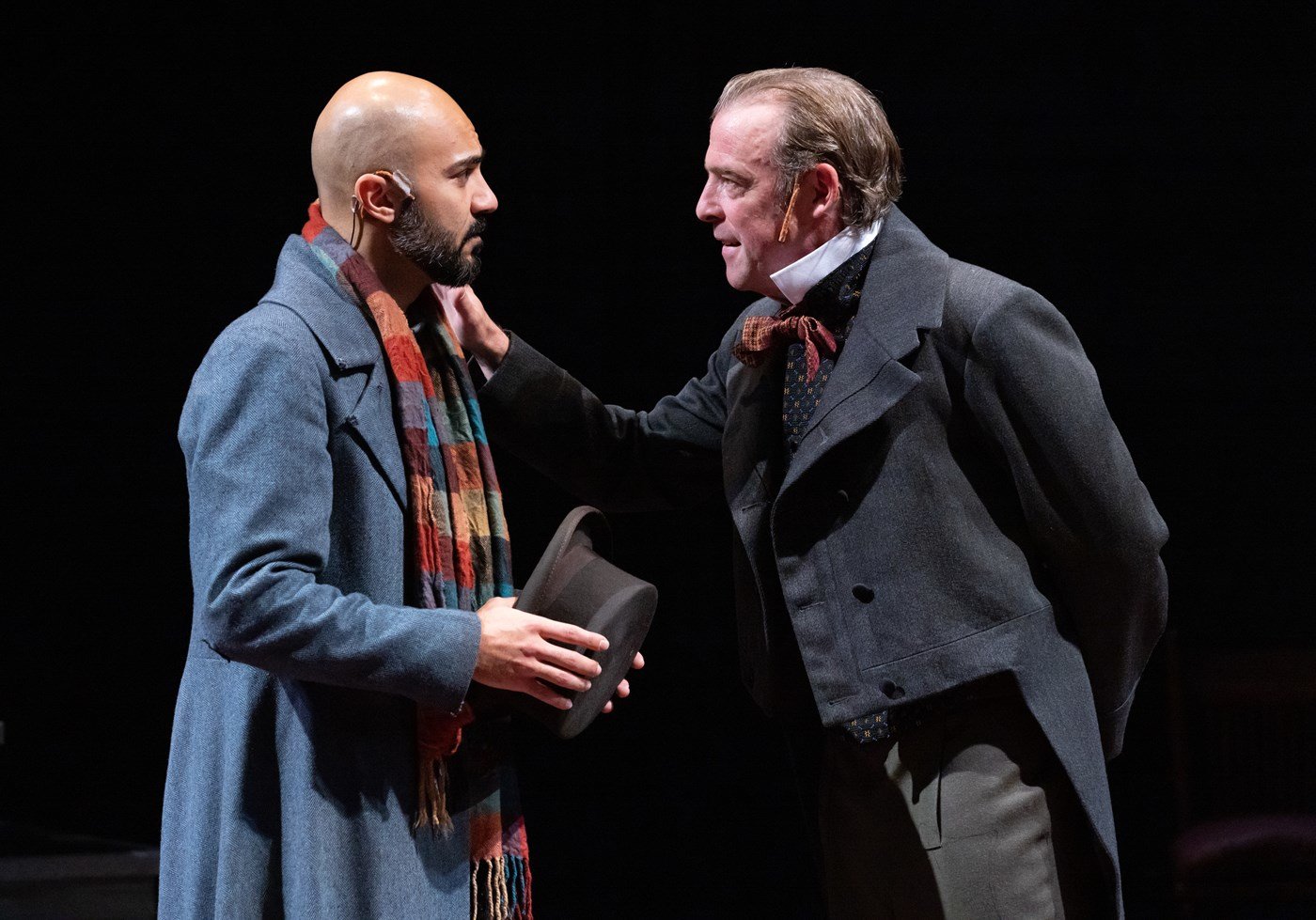 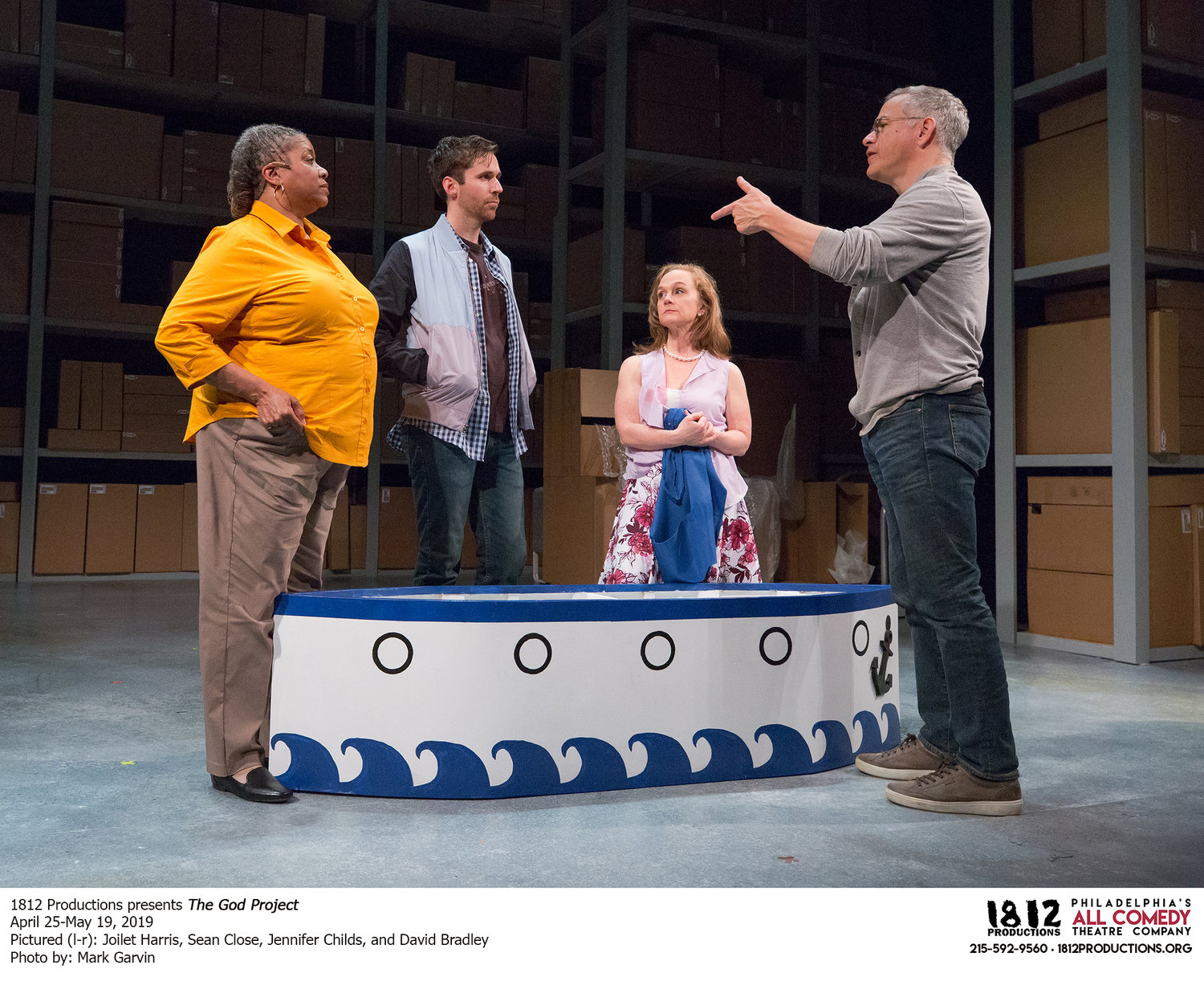 Director David Bradley, of Mt. Airy (right), gives direction to the actors in “The God Project” — Joilet Harris, of Germantown (from left), Sean Close and Jennifer Childs. Produced by 1812 Productions, “God” was performed in May of 2019 at Plays and Players in Center City.
Mark Garvin
Previous Next
Posted Wednesday, December 22, 2021 6:00 am
by Len Lear

David Bradley, a resident of Mt. Airy for more than 20 years, just may be the Philadelphia area's most prolific and highly respected theatrical director. He was also Artistic Director of “Living News” at the National Constitution Center, which finished its 13-year run in 2019.

Bradley's more than 30 productions as a long-time company member at People’s Light performing arts center in Malvern include “The Diary of Anne Frank,” “Cinderella,” “Of Mice and Men,” “The Crucible” and “Doubt.” He’s directed five shows at Act II in Ambler, is Founding Director of the music non-profit Live Connections and he also leads arts seminars at Arcadia University in Glenside.

“I always loved making up stories,” Bradley said in an earlier interview. “In high school, when I first started doing plays, I loved the group aspect. I didn’t play team sports; the casts of plays were my teams. I’ve continued to really love how theater can be a meeting place, a place of exchange, a place that activates empathy and understanding as we encounter a story and characters.”

Bradley was a producer on Live Connections' five albums with city schools, with music written and performed by the students and co-produced with World Cafe Live. Their newest album, “Love and Healing,” created by students at Hill-Freedman World Academy in East Mt. Airy, a special admission school, will be released in January by Hill-Freedman Records, the school's own record label. Mt. Airy resident Ezechial Thurman, Music Technology Teacher and Director with the label, has also been a major force in the creation of the albums.

Bradley is currently directing People's Light's acclaimed world premiere musical adaptation of “A Christmas Carol,” running currently through Jan. 2. The performances are sold out, but lovers of the classic Dickens' tale can still stream a filmed version of the show from Dec. 24 through Jan. 6.

“We’re thrilled and quite honestly, a little surprised to have sold out,” said Producing Director Zak Berkman. “'A Christmas Carol' is our first live production in almost two years. It’s been a joy to welcome as many folks as we can while maintaining safety measures like socially distanced seating. And now, the opportunity to share this work more widely through our digital platform is all the more exciting.” (The Philadelphia Inquirer raved about the cast's “Broadway caliber voices and winning lead performance by Philadelphia veteran Ian Merrill Peakes.”)

“I'm so grateful to have the chance to direct this wonderful cast,” Bradley told us in a phone interview. “The show attracted me because of the underdog story and how light can come out of darkness, which is so timely. The cast is wonderful, and they play so many instruments. Their range of style and spirit give a freshness and vitality to a story that we know so well. I would also like to mention Lou Switucha, the videographer who did such a great job with the streaming production.”

A native of Wynnewood, David graduated from Episcopal Academy and Yale University (1988, English major) and is a cheerleader for Mt. Airy. “I love being close to the Wissahickon and getting to run Forbidden Drive often,” he said. “I love the community feel of Mt. Airy.”

Bradley and his wife, Margaret Berger Bradley, are very proud of their sons - Noah, a freshman at Yale University, and Jacob, a junior at the University of Pittsburgh and the equipment manager for Pitt's football team, which will be playing in the Peach Bowl against Michigan State on Dec. 30 in Atlanta.

In addition to the standard film that will be streaming with optional closed captioning, People’s Light offers a version of “A Christmas Carol” with American Sign Language interpretation along with a third option to stream with audio description provided by Nicole Sardella. Founded 47 years ago, People’s Light is as one of Pennsylvania’s largest professional non-profit theaters,

For more information, visit peopleslight.org. Len Lear can be reached at lenlear@chestnuthilllocal.com