After two years off because of the pandemic, Mount Airy Home Companion is scheduled to perform June 11 at 7:30 p.m. and June 12 at 2 p.m. at Allens Lane Art Center in West Mt. Airy. 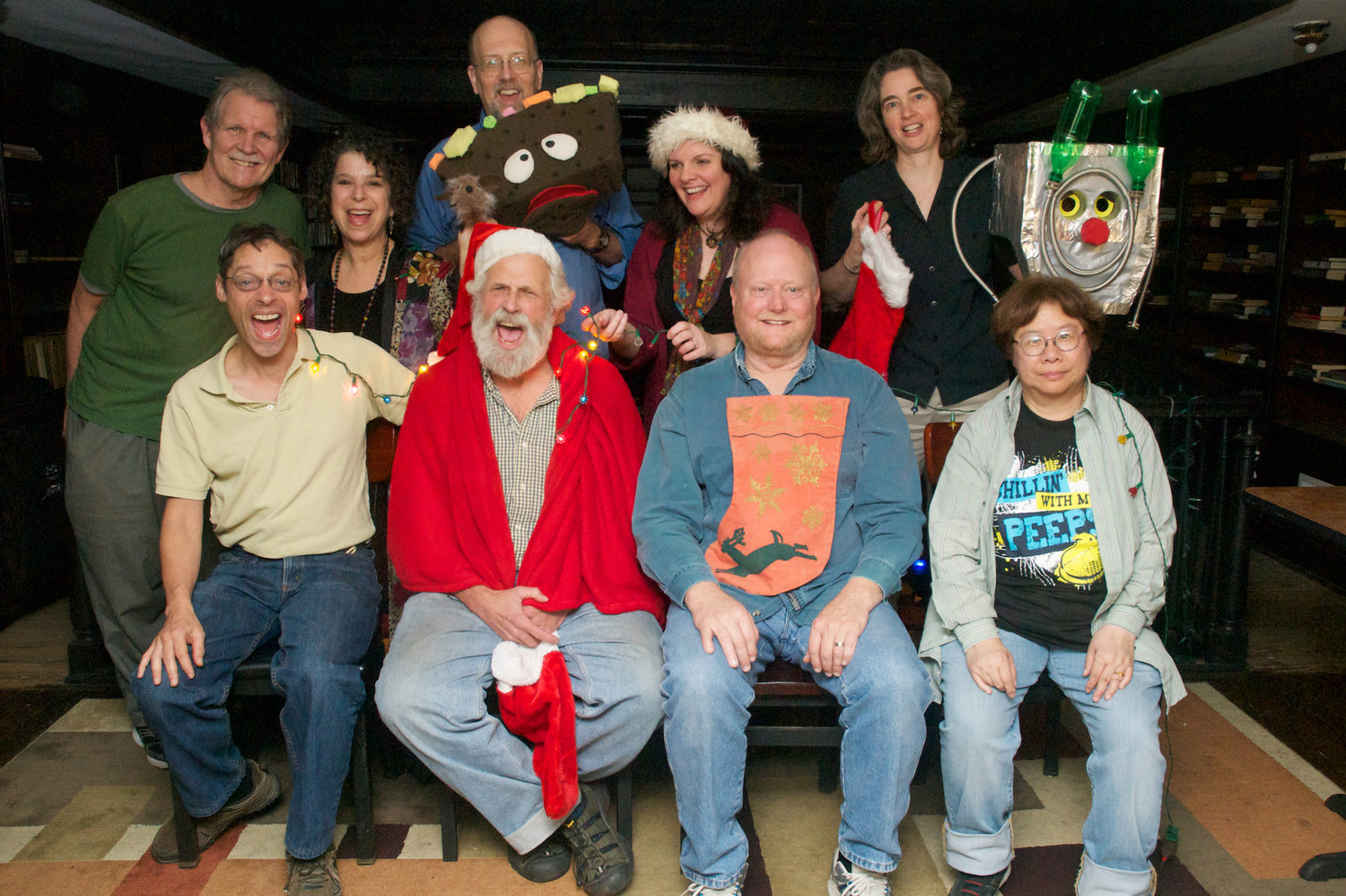 Mount Airy Home Companion is a company of local comics, actors and musicians with devoted fans in Northwest Philadelphia who undoubtedly will be glad that the troupe is back to sticking their proverbial pins in sacred cows.

After two years off because of the pandemic, the group is scheduled to perform June 11 at 7:30 p.m. and June 12 at 2 p.m. at Allens Lane Art Center in West Mt. Airy.

“People kept asking me, 'When are you going to have another Home Companion?,' said Jim Harris, the group’s founder (and former Local columnist). “So finally I gave in and rounded up the gang, and they agreed that we need to get back on stage and celebrate our wonderful neighborhood. We were in the red from day one, so money is definitely not a consideration. Call it an expensive hobby. Probably still cheaper than golf.”

It is as frothy as cotton candy and too light-hearted to be called satirical or political. If you like the kind of theater where you watch someone get amnesia from a falling block of tofu, learn that Mt. Airy is currently experiencing a “bedbug renaissance” or meet a character called “The Artist Formerly Known as the Prince of Darkness,” then this is the show for you.

“I was a big fan of Prairie Home Companion,” Harris said. “So I suggested to my band, Saint Mad, that we do a 'fake' radio play based loosely on that music and comedy format. They agreed, and we ran ads for actors to join us. We got a good reaction from the audience, so we did it again and again, usually for about 100 people, but at the Conkey Center we had more than 300.”

Some of the alleged local businesses that advertise on the show might be Earl's House of Beauty for Men, The Lazy Boy ejector chair and No Nuts, the store that sells everything but nuts. All are currently failing to turn a profit in “the hippie heartland on the edge of the beautiful Wissahickon Valley.”

One of their funniest bits was Greg Williams, former owner of a bookstore in the Mt. Airy Train Station, portraying Saint Nicholas singing Madonna's "Material World '' while dancing with a bunch of grade schoolers from Germantown Friends School.

Then there was Jake Michael as a fruitcake, singing "What Kind of Food am I?" Harris has a line in the current show that he can never get through without laughing. He says to an eco-activist named Plantifa, "So you now live in a shirt dirt skirt yurt?"

The current show is dedicated to Audrey Bookspan, their longtime percussionist who died last September at the age of 91. Bookspan taught tap dancing to generations of kids, starting in the 1950s at Allens Lane Art Center, Harris said, “Her adult dance students also performed in all of our Home Companion shows.”

The newest performers, Chris Seifert and Maria Fender, are both from Glenside. Both have performed in many musical theater productions in the area. Both starred in a recent performance of “Urinetown” at  Jenkintown Music Theatre, and Maria will be starring in “The Sound of Music” in July with Town and Country Players in Buckingham, Bucks County.

There will also be a special musical guest, singer/songwriter Neal Phillips of Chestnut Hill. Returning actors are Andy Pettit, host of "Skywave" on Gtown Radio; ex-Germantowner Ed Feldman and Simpson, who was known as DJ “Dave Sanborn” on Power 99 radio station in Philly.

Harris started the group ten years ago, and typically performs twice a year, usually at Allens Lane Art Center. They’ve also staged productions at the Conkey Center on the Springside Chestnut Hill Academy campus, The Rotunda in University City and also performed as part of the Philadelphia Fringe Festival.

For more details, call 215-848-4225. The producers are requiring that masks be worn during the show. Len Lear can be reached at lenlear@chestnuthilllocal.com