I would never claim to be a jazz aficionado, but I do listen to many genres of music, depending on my mood, and I was blown away this week when I happened to listen to “Piano Arrangements,” a 2018  jazz CD by Mt. Airy pianist Lou Walinsky. 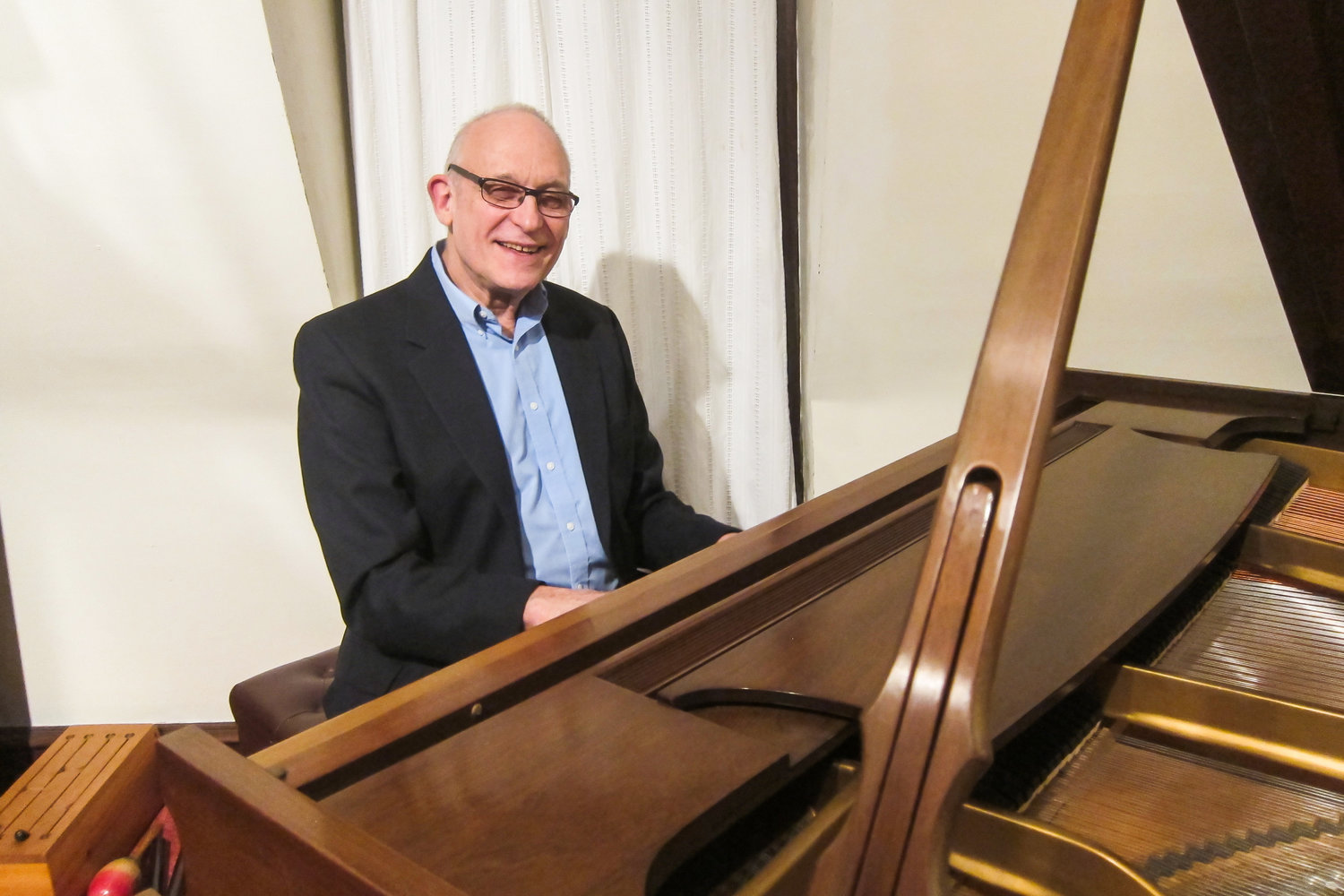 I would never claim to be a jazz aficionado, but I do listen to many genres of music, depending on my mood, and I was blown away this week when I happened to listen to “Piano Arrangements,” a 2018  jazz CD by Mt. Airy pianist Lou Walinsky. The CD consists of Lou's take on selections from the Great American Songbook. I especially enjoyed his impressionistic, soulful playing on “It Don’t Mean a Thing,” “New York State of Mind” and “I Got Rhythm.”

“There was a nice reception for the CD at my concerts, but when the live events stopped, so did the sales of the CD,” said Lou last week. “When people hear a live concert, many are incentivized to actually get the physical disc.”

But what I did not know when I was enjoying the CD — and it made me appreciate Lou's musicianship even more — and could not possibly know until I got in touch with him was that Lou, now 75, was diagnosed with bilateral carpal tunnel syndrome in 1996. It's a condition that causes pain, numbness and tingling in the hand and arm. The condition occurs when one of the major nerves to the hand, the median nerve, is squeezed or compressed. Obviously, it is a catastrophe for a pianist.

“I needed to relearn how to play the piano,” said Lou last week, “since I believed that bad postural habits had produced my symptoms and that without correcting them, even if I would have gotten carpal tunnel surgery, the symptoms would have simply come up all over again. I went to many healers to help me with this, most notably classical pianist Sheila Paige, from Cherry Hill, NJ, the founder and director of the 'Piano Wellness' approach. Over a lengthy period of time, she helped me learn and incorporate healthy, best practices into my playing.”

Walinsky, who has lived in Mt. Airy for 25 years (and in Germantown for 17 years before that), had recorded his first album in 1995, which sparked such acclaim that it led to two concerts at the Kennedy Center's Millennium Stage in D.C., which “was my favorite performance of all time.”
Walinsky has a long list of laudatory testimonials for his concerts. For example, a music department head at the Central Free Library wrote, “Your solo piano program, ‘Piano Works,’ was wonderful. A large audience enjoyed your eclectic repertoire that included well-known music from jazz, popular, ethnic and folk music genres. Your creative arrangements of familiar tunes delighted and surprised listeners.”

But because of the carpal tunnel syndrome, it took many years for Lou to get back to his previous level of fluency, as evidenced by “Piano Arrangements.” He also received a grant from the PA Council on the Arts to perform three concerts of his own arrangements at two community centers and one health care facility in the city just before the pandemic started.

Lou has also taught and conducted choirs at the Houston School in Mt. Airy and four other public schools in the city, and he had been giving private lessons to both children and adults, most of which disappeared during the pandemic. “I was teaching wonderful children, but teaching them virtually wasn’t appealing to either the parents or to me.”

In September Lou was featured playing an arrangement of his original song, "Blues-Like," as part of WHYY's House Concert Series (whyy.org/episodes/lou-walinsky/). If there has been a silver lining in the pandemic for Lou, it is that it has given him much more time to develop his piano arrangements.

“And I learned how to do two camera video-shoots using my wife’s and my cell phones, and during the spring and summer I produced 10 new videos in 10 weeks … I have also been doing a lot more listening during this time in-depth to all kinds of artists,” said Lou, whose own favorite musicians and composers are Art Tatum, Oscar Peterson, Dick Hyman, Frederic Chopin, Robert Schumann … “and any artist who plays soulfully, from Django Reinhardt to Nina Simone, Vladimir Horowitz, Duke Ellington, Keith Jarrett, Chick Corea and many, many others.”

Lou's wife, Nina Gordon, is a ceramic artist, and their younger daughter, Sonia Gordon-Walinsky, is a calligrapher and visual artist. Sonia’s husband, Mordechai Schram, has started a local fermented pickling business called Hamutzim. Their older daughter, Naomi Walinsky-King, is a medical doctor at the Maria de Los Santos clinic in North Philadelphia, and her husband, Gary King, works at Mt. Airy CDC and as a musician.

For more information and/or to see his videos, visit louwalinsky.com. Len Lear can be reached at lenlear@chestnuthilllocal.com