Mt. Airy residents Doug Hirlinger and his wife, Keisha Hutchins Hirlinger are both musicians, but have not played together much - until now. 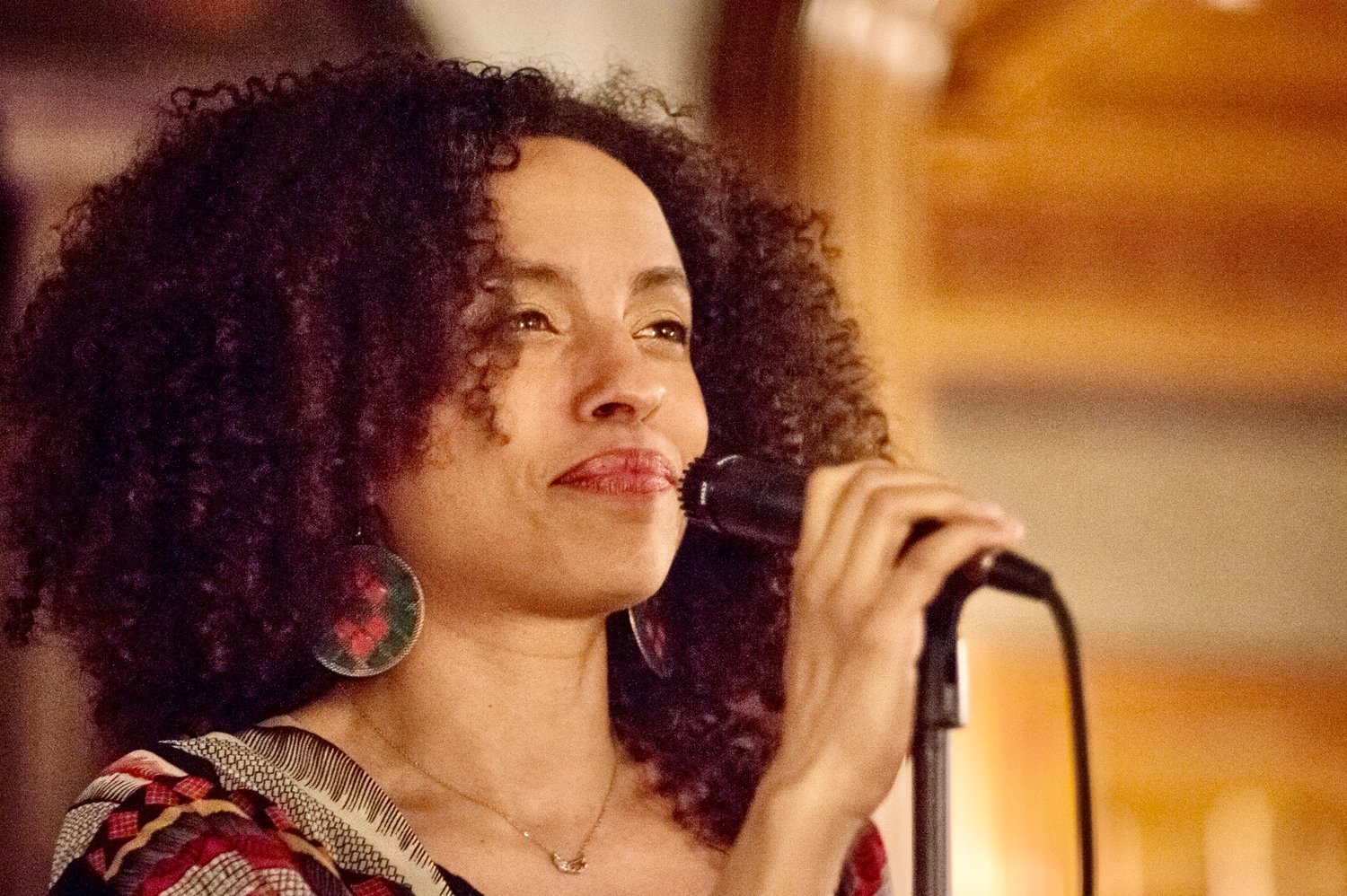 Keisha Hutchins Hirlinger grew up in Mt. Airy and returned to the neighborhood six years ago because “it's a wonderful place to live.”
Photo by Spencer Skelly 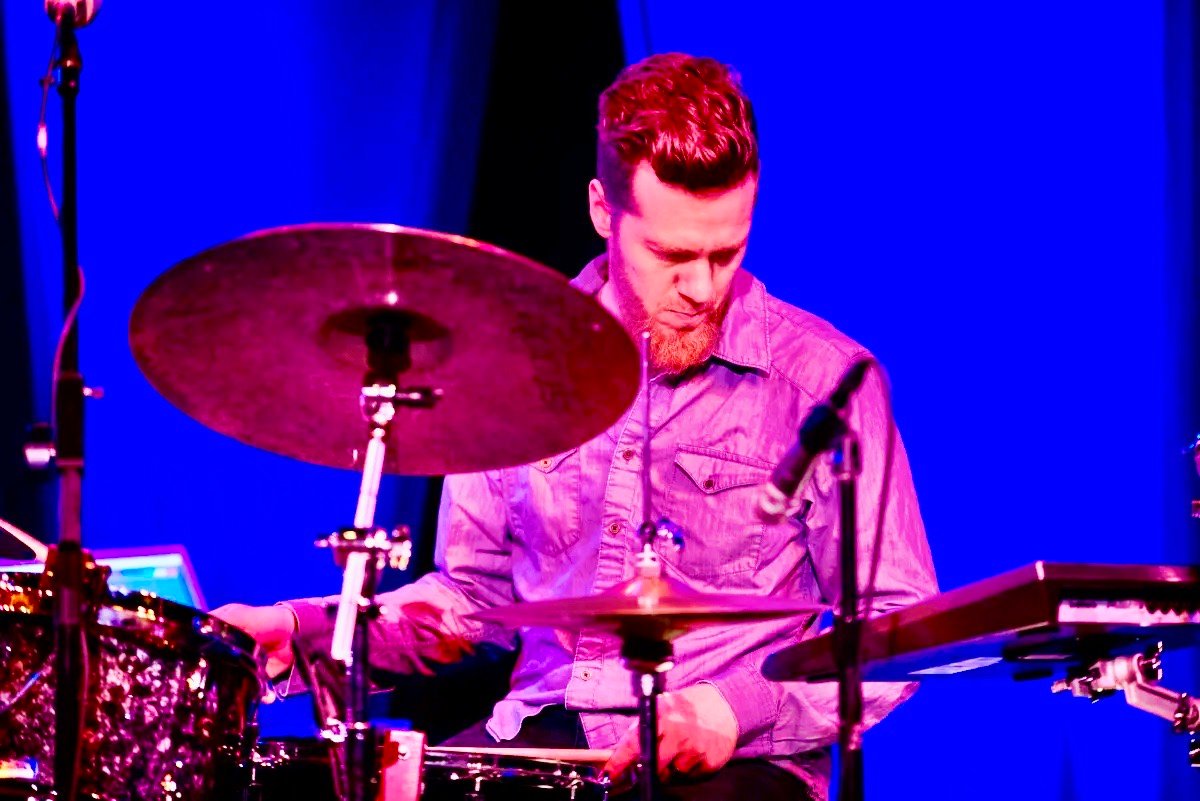 Doug Hirlinger will be performing with his wife Keisha on Saturday, July 30, 3-5 p.m., at Fairmount Water Works near the Philadelphia Museum of Art in a program titled “Pool: a Social History of Segregation.”
Photo by Gustavo Garcia
Previous Next
Posted Thursday, July 28, 2022 12:00 am
by Rita Charleston

Mt. Airy residents Doug Hirlinger and his wife, Keisha Hutchins Hirlinger are both musicians, but have not played together much - until now.

On Saturday, July 30, from 3-5 p.m., the Hirlingers will be appearing at Fairmount Water Works in Fairmount Park near the Philadelphia Museum of Art, in a program titled “Pool: a Social History of Segregation.”

“Pool” is a museum exhibition that explores the history and contemporary implications of segregated swimming in America. The exhibit also investigates the role of public pools in the United States with the goal of deepening understanding of the connection between water, social justice and public health. It features a curated collection of powerful art installations and informative experiences, including rarely seen archival film footage and photographs.

Vocalist Keisha Hirlinger, 47, and her husband Doug, 46, a percussionist, will be the first musical team presented at the event. They will offer a performance titled “Water Speaks.” The Hirlingers will musically explore the perspective of water and those who have experienced joy, life, death, sorrow, resilience and love in relationship to it. The presentation considers that “from the origins of West Africa through the Middle Passage, to the pools, rivers, lakes and oceans of the United States, the water has borne witness to our lived experiences.”

“Splash” is a series of newly-composed musical performances created specifically for this exhibition, which will be presented in the lanes of the former Kelly Pool and outside the Fairmount Water Works (weather permitting). In between 30-minute musical sets, the concession stand, organized by chef Erwin, will be open with food prepared by local entrepreneurs of color.

Keisha Hirlinger was raised in Mt. Airy, and moved to Manhattan after attending Oberlin College, where she earned a bachelor's degree in music from Oberlin Conservatory of Music. She also earned a master's degree from the Teachers College at Columbia University. Keisha traveled the world a bit, but always wound up back in the New York music scene.

It was there, while playing with a group called Vanishing Peoples of the Earth, that she met her future husband.  He was originally from St. Louis.

“We began looking for a quieter community where we could live and work,” Doug Hirlinger said. “We've spent the last six years living in Mt. Airy, thanks to my wife, and I think we made a  great decision. It's a wonderful place to live. It's visually beautiful with lots of greenery, charming old buildings and open-minded people.”

Keisha couldn't agree more. “I absolutely love this community,” she said. “We have great schools and great people here.” The couple has two children.

They both agree that working together - and separately - has fulfilled them and greatly added to their creativity. Doug emphasizes how important music is to both him and his wife.

“We enjoy being as creative as possible,” he said, “and the times we can work together are both special and incredibly magical.”

“Splash/Concessions at the Fairmount Water Works” is also scheduled for select Saturdays in July, August and September. For more information, visit fairmountwaterworks.org.