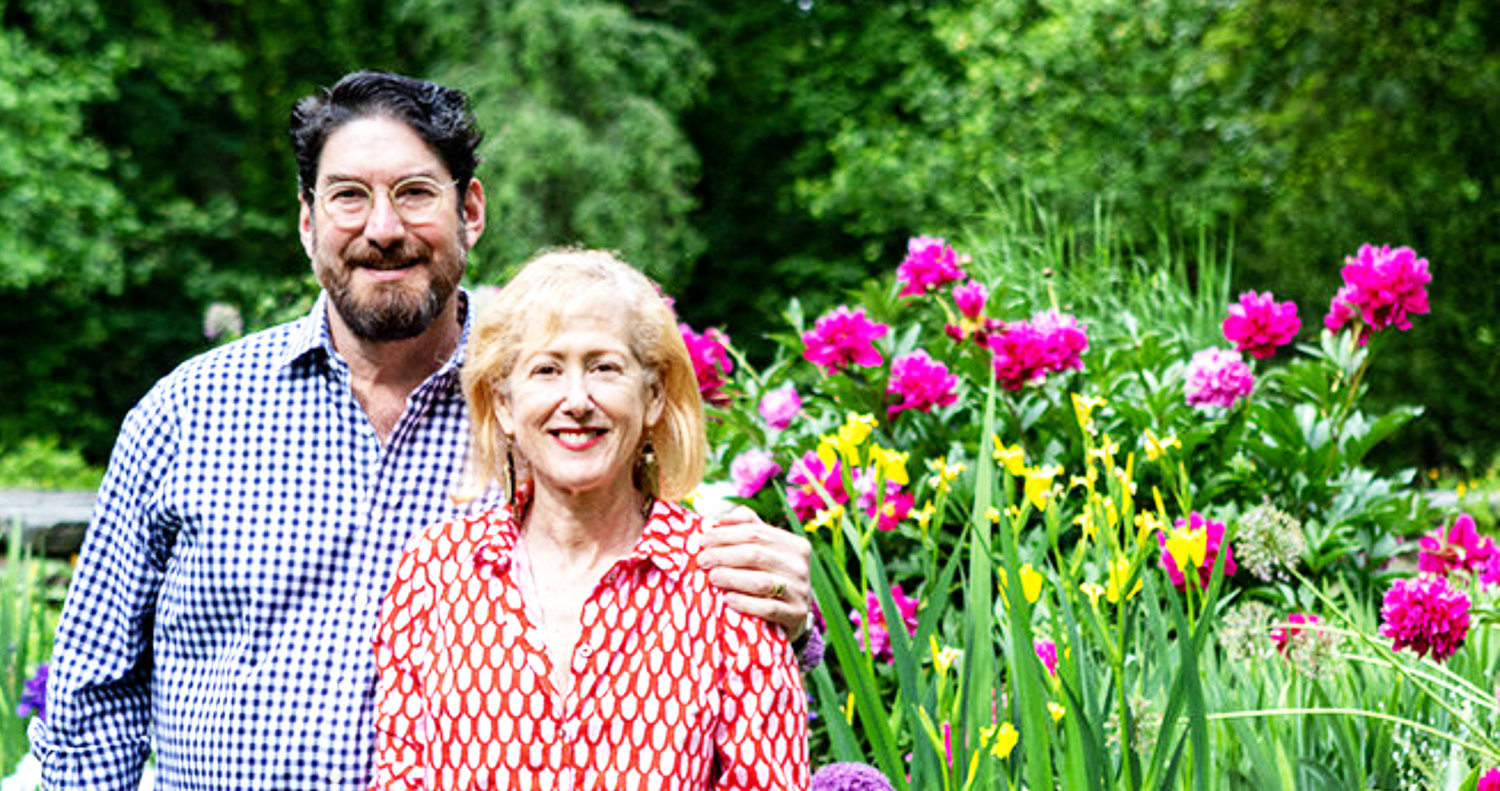 Chris, who passed away on Aug. 6 at age 59, and his wife Wendy loved to cook, collect art and design their exquisite gardens and habitats. 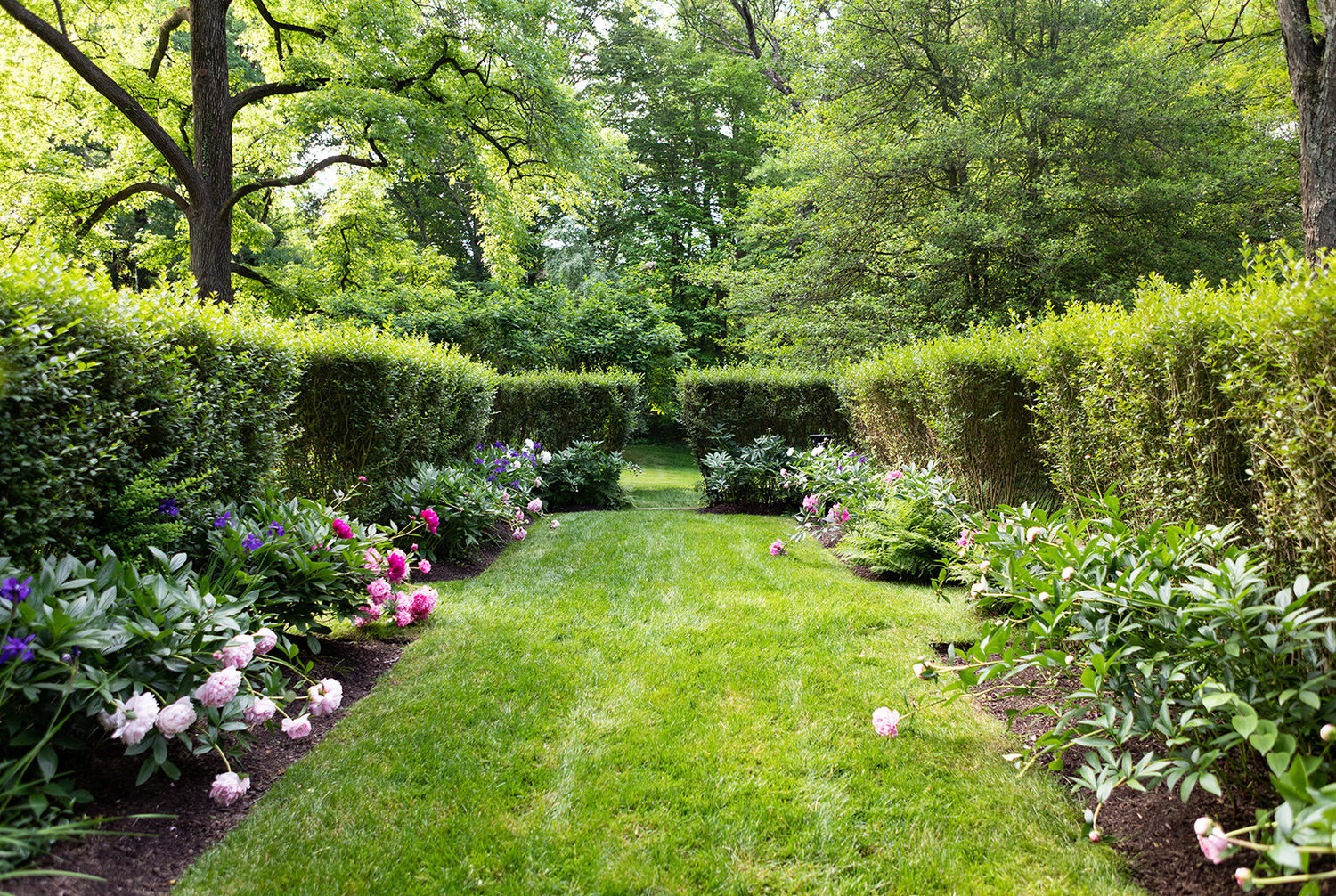 Chris loved to garden on his idyllic 4.4-acre property near Wissahickon Park in West Mt. Airy.
Previous Next
Posted Wednesday, August 25, 2021 10:00 am
by Len Lear

“Chris made every space he inhabited more beautiful and every gathering more interesting,” said his older brother, Alden, Reuters Wall Street editor for 26 years. “He was passionate about so many things. Growing up, we were together all the time. Our dad (Paul Cody Bentley) was almost always gone because he was a merchant sea captain, so our mom was almost like a single mother, and we were all very close.”

Chris was particularly proud of the fact that he was a direct descendant of David Rittenhouse (1732-1796), for whom Rittenhouse Square in center city and Rittenhouse Street in Germantown were named. According to his biography on Wikipedia, David Rittenhouse was born in Roxborough, and although he was entirely self-taught and home schooled, he became the new nation's most prominent scientist as an astronomer, clockmaker and inventor.

And David's great-grandfather, William Rittenhouse (1644-1708), who came here in 1688 from the Netherlands, was a Mennonite preacher in Germantown as well as builder of the first paper mill in North America. For the next 40 years the Rittenhouse family members were the only paper makers in America. Historic Rittenhouse Town in Germantown has been visited by generations of schoolchildren who are shown how paper was made in the 17th and 18th centuries.

“Our line came down from David Rittenhouse,” said Aldan, who grew up with Chris on a farm in New Hope. “I still have sheets of paper from Rittenhouse Town. My mom's dad bought her a gourmet food store in New Hope that was later moved to Peddler's Village. She was a feminist and was active in Planned Parenthood,” (Their late mother, Alice, grew up on Roumfort Road in Mt. Airy and graduated from GFS.)

Chris met his future wife of 31 years, Wendy Wurtzburger, now 63, a native of Memphis, Tennessee, at a party in Brooklyn in the 1980s. “I was working for Abraham & Strauss at the time,” she recalled last week. “On our first date, we were supposed to meet at a restaurant on McDougall Street in Greenwich Village. He showed up two hours late! He had been on a photo shoot on a boat. He was never late after that … And he was a full-time dad. That's important!”

Chris graduated from Maine Photographic Workshop, earned a BA in political science at the University of Vermont, where he was photo editor of the student newspaper, the Vermont Cynic, and attended the Lawrenceville School in New Jersey. He was a member of Les Cheneaux Yacht Club in Michigan and was on the boards of Friends of the Wissahickon and Rittenhouse Town.

Chris and Wendy lived in Chestnut Hill for six years while looking for that idyllic place to call home. They finally found it in 2001: a 4.4-acre property in West Mt. Airy bordering on Wissahickon Park with a very impressive 1840s farmhouse that has historical significance. It was built at the behest of William Gorgas for his daughter. Gorgas, whose name lives on in Mt. Airy's Gorgas Lane, was an owner of sugar and tobacco mills along Wissahickon Creek. The house was created by Frank Mills Day, a renowned 19th century architect. Vintage portraits of Bentley's ancestors still hang in the house.

“Chris did a great deal of research on the house,” said Wendy, a long-time fashion expert for Anthropologie. “It meant a lot to him to live here because he loved the history so much … Almost every day during Covid, we went into the park. If Chris saw a tree down, he would take a picture of it and send it in.  He would get upset if he saw that people had left their trash on the ground.”

Chris and Wendy loved to cook, collect art and design their gardens and habitats. They also own a home in Cedarville, Michigan, on Lake Huron, where Chris loved to sail.

Chris is survived by his wife, Wendy; his children Charles, 27, of Brooklyn NY, a graphic designer, and Reuben, 26, of Philadelphia, a chef (formerly at Mica in Chestnut Hill); brother Alden, of Bloomfield NJ; aunt and uncle John and Helene Bentley, of Cincinnati, OH, and aunt Barbara Rawls of Villanova.

Services and interment were private. In lieu of flowers, a donation may be made in Christopher's name to Friends of the Wissahickon.