In their heyday, the “soaps,” those once ubiquitous daytime series, offered a steady paycheck for people in the film and television industry. 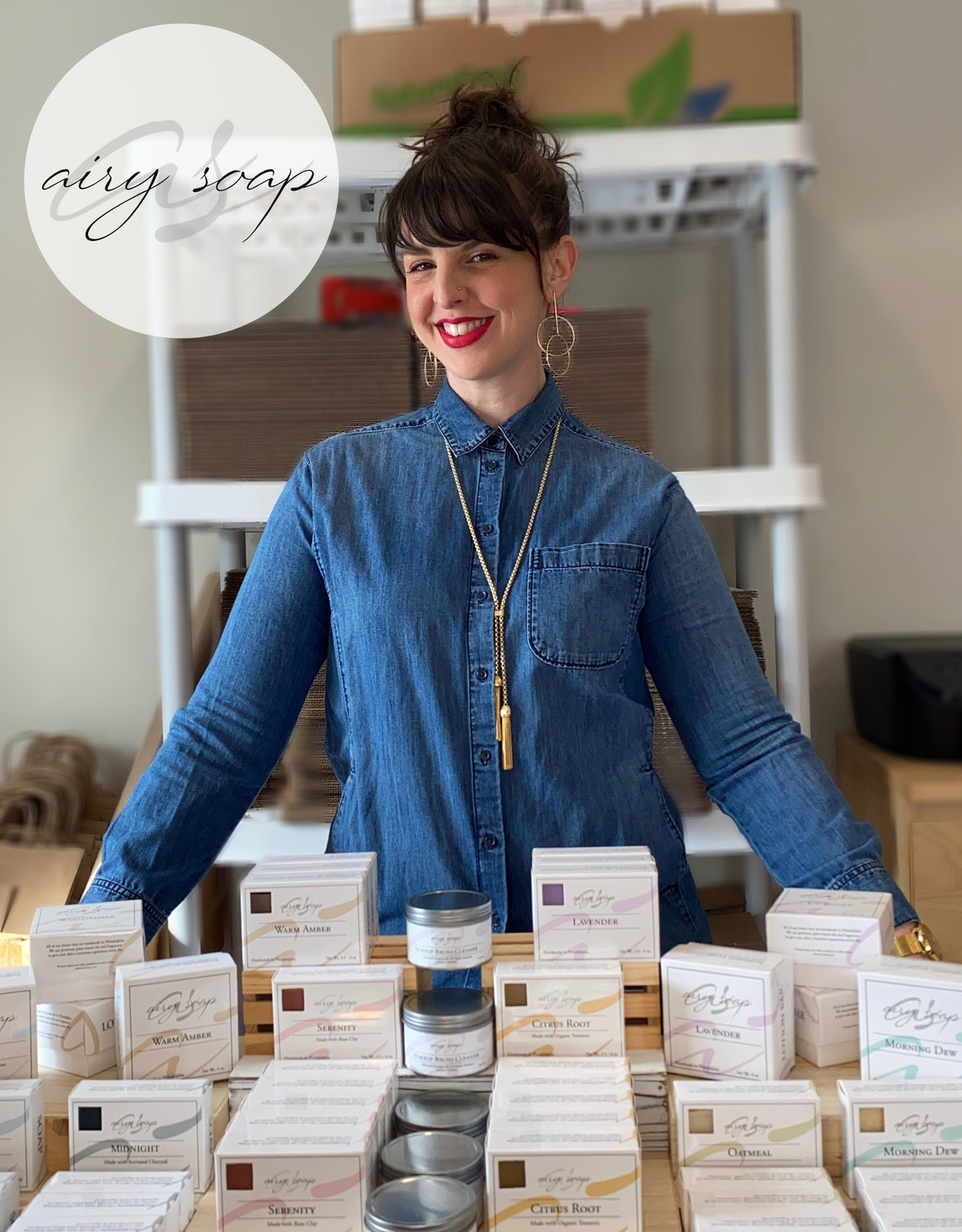 Jessica McKenzie, of Mt. Airy, a costume supervisor for the TV show “The Gilded Age,” launched a line of natural soaps during the pandemic.
Posted Thursday, September 22, 2022 12:00 am
by Stacia Friedman

In their heyday, the “soaps,” those once ubiquitous daytime series, offered a steady paycheck for people in the film and television industry. But Mt. Airy’s Jessica McKenzie, a costume supervisor who carved out a career working on nighttime versions of serialized TV dramas, got into soaps of a different kind.

“During the pandemic in 2020, I launched my own line of natural soaps out of my home, when television and film production basically came to a halt,” McKenzie said.

She was able to self-fund her start-up with savings from her temporarily-suspended work in TV production, she said, and “finally had the time and energy to work on my brand and packaging.”

Her mother and aunt had been making soap for years, McKenzie said, so it’s kind of a family tradition. But she’s added her own personal twist to her products.

“One day, I just asked my mom to teach me. After I got a hang of the basics and could make soap without any major issues, I started to experiment,” she said. “At first, I just made them for myself and my boyfriend (now husband). As my confidence grew, I started giving them as gifts. Friends told me how much they liked it and encouraged me to start selling.”

The natural soaps that McKenzie sells exclusively on her website AirySoap.com and at occasional pop-ups are what she calls “simple luxury,” meaning they look and smell delicious while offering health benefits. Her Citrus Root bar, made with organic tumeric and orange essential oil, McKenzie says reduces inflammation and gently exfoliates with a citrus aroma. “It leaves your skin feeling brighter and smoother,” McKenzie said.

You may be tempted to bite into her Warm Amber bar, which looks like milk chocolate and contains brown sugar. But the most intriguing soap in McKenzie’s collection is the Midnight bar, which gets its black color from activated charcoal. “It’s made with a generous dose of cocoa butter that replenishes your skin’s moisture, and its fragrance of sage and lemongrass will leave you feeling refreshed,” she said.

Meanwhile, McKenzie hasn’t given up showbiz - a career she said she “backed into.”

“Growing up in Jacksonville, Fla., I entered Florida State University as a psychology major.  Realizing it wasn’t what I wanted to do with my life, I transferred to the Academy of Art in San Francisco where I majored in fashion,” she said. “After I graduated, I worked with a costume designer in San Francisco and I really enjoyed that more than my internship with a clothing manufacturer.”

“For the first month, I couch-surfed and did odd jobs before landing a gig on a movie set as a costume production assistant,” she said. “Now my work as a set costumer includes dressing actors, maintaining their costumes on set, and tracking all the continuity for costumes throughout the film or TV series. When I work as a supervisor, I oversee the whole department.”

Working currently on the set of HBO’s “The Gilded Age,” McKenzie is responsible for the costumes of a huge, ever-changing cast of actors, including Tony Award winner Nathan Lane, Broadway star Audra McDonald, Cynthia Nixon, of “Sex and the City,” and stage and screen star Christine Baranski.

Previously, for the show “Boardwalk Empire,” McKenzie had to keep track of costumes for more than 100 cast members. No wonder that, in her spare time, she gravitated to the calm craft of aromatic handmade soaps.

While McKenzie gets up close and personal with stars in her day job, the most important person she has met on set is her husband, Teferra McKenzie, who is a production sound mixer.

“I met Teferra on the set of “Gotham,” a TV series on Fox. We bought our home in Mt. Airy four and a half years ago, which we now share with our two year-old son, Sidney, and our lovable, blue nose pitbull, Prince,” McKenzie said.