Arnold Hall Jr., a Mt. Airy resident and active member of Holy Cross Catholic Church, 140 E. Mt. Airy Ave., was born in 1939 in Birmingham, Alabama, into a family of community builders and civil … 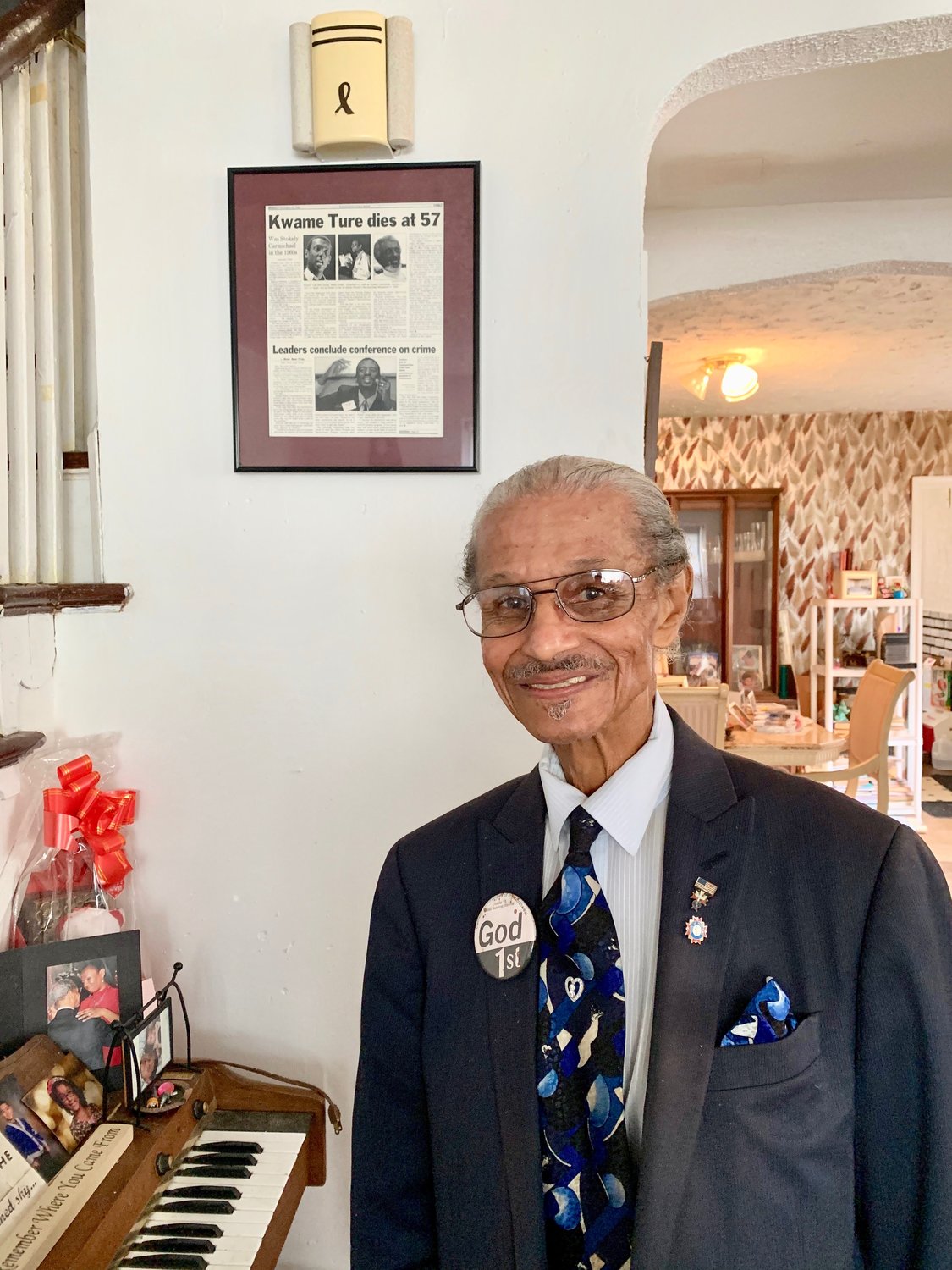 Arnold Hall Jr., a Mt. Airy resident and active member of Holy Cross Catholic Church, 140 E. Mt. Airy Ave., was born in 1939 in Birmingham, Alabama, into a family of community builders and civil servants who were also active in military service, the arts and sports. By the time Arnold was a toddler, both his parents volunteered to serve in the U.S. Army in World War II.

Hall recalls, “My father and uncles all served in the Armed Forces, so my mother decided she would join as well. She volunteered to go in the Army; she served in what was known informally as the ‘Women’s Army of Color’ because it was the only branch where African-American women could serve at the time.” Formally, it was known as Women’s Auxiliary Army Corps or WAAC. Hall and his older sister, Harriet, were adopted by their maternal grandparents, as was customary at the time when parents were on active military duty.

When his parents returned from the war they moved to Southwest Philly, but soon afterward, they moved to Cliveden Street in Mt Airy, although Hall still spent much of his time in Birmingham with his grandparents.

In the early 1950s, “Big Daddy” (Hill Harris), Hall’s maternal grandfather, owned a Negro Southern League baseball team, the Birmingham Black Eagles. Harris was laser-focused on building businesses and encouraging self-sufficiency. Although they only played a season, Hall vividly recalls that time: “I remember players such as Willie Mays and Roy Campanella playing in tournaments Big Daddy organized. Jackie Robinson would come to town to play on Big Daddy’s All-Star Team, and we would drive him around town.”

Baseball tournaments were such a money maker, Hall remembers his grandfather catching the eye of Eugene ‘Bull’ Connor (notorious white supremacist who served as Commissioner of Public Safety in Birmingham at the time), especially when they were the first black family to move into a white neighborhood in Birmingham. Hall can still mimic the voice and tone of Bull Connor as he declared he would set his grandfather right for “not knowing his place (as a black man in Birmingham).”

After serving six years in the U.S. Air Force, Hall married the girl next door, the mother of his two older children, Carlton and Sharon. With the Civil Rights Movement at full throttle, Hall didn’t hesitate to jump right in. A month after he participated in the Great March on Washington, where Martin Luther King, Jr. gave his memorable “I Have a Dream” speech, Hall’s son, Carlton, was born.

September 15, 1963, would become a date that changed not only Hall’s life but also the lives of many across the nation and even the world. This was the day four girls were murdered in yet another church bombing in Birmingham at the 16th Street Baptist Church, where Hall was baptized. Hall says this of his son’s birthday: “To this day when my son’s birthday rolls around, feelings of joy for him are mixed with feelings of sorrow for the families of those four girls lost on that tragic day 57 years ago.” Five years later, Hall would be a Marshal at Martin Luther King, Jr’s funeral.

Already involved in the Student Nonviolent Coordinating Committee, voter’s rights demonstrations from Birmingham to Philadelphia and other civil rights initiatives, this was the tipping point further fueling Hall to focus on what he learned from his grandfather and mother alike: advocate for the voiceless and enable self-sufficiency for those around you.

Around this time, Hall got a job with PECO; his reference was none other than civil rights fighter Cecil B. Moore. Once there, he actively recruited black workers as he quickly ascended the ranks from mechanical worker to middle management. “I was often asked where I got my guts to stand up to the all-white management team at the time. My response was, ‘I had no choice, it was the right thing to do,’” Hall reflects.

Outside of work, Hall recalls negotiating between rival gangs in North Philly. He participated in demonstrations to racially integrate Girard College and fought for voters' rights and equitable education. Hall is known to wear a button on his lapel that reads, “I vote, I must.”

By 1970, there was a call from the Black Panther Party (BPP) leadership to establish free clinics and to include health care as a social justice issue. One of the health programs BPP organized was the sickle cell anemia screening, which they ran in cities across the country, including Philadelphia. In 1972, Hall’s second son, Kahlil, was born and became ill. When doctors could not help the Hall family identify what was wrong with Kahlil, it was through the BPP sickle cell screening program that they found answers to what ailed their son.

Hall became active further in coordinating community resources through BPP and collaborations with schools in the community, such as the A.B. Day School, which his third son, Nathan, attended. Hall organized parents and gathered resources for the school and surrounding community. He was eventually elected as the first male district president of the Philadelphia Home and School Council.

In 2017, like a fast ball between the eyes, Hall was hit with news that he had stage 4 throat cancer. Doctors immediately put him on an aggressive daily regimen of radiation and chemotherapy. Reflecting on this time, Hall’s son says: “Without fail, Dad showed up every day in a three-piece suit, adorned with his grandfather’s diamond tie pin, a button on his lapel that read either ‘God 1st’ or an MLK quote and a wide smile singing church hymns and quoting scripture.” Hall brought joy and positivity to everyone at the treatment center. After eight weeks, “The Governor,” as he became known, got a chance to ring the bell. Shortly thereafter, doctors reported the miraculous: there were no visible signs of cancer to be found.

Although his body might be frail, his mind remains sharp and his heart willing. Hall was a member of St. Therese Parish for almost 50 years, prior to its merging with Holy Cross Parish in 2016. Now he is an Altar Server at Holy Cross and a lector at the Miraculous Medal Shrine in Germantown, and he is planning on working at the polls next month. And his Holy Cross Parish family values all of his contributions.