Mt. Airy resident Mary Kalyna, a Ukrainian American activist, worries for her many friends and family members who are living in Ukraine. 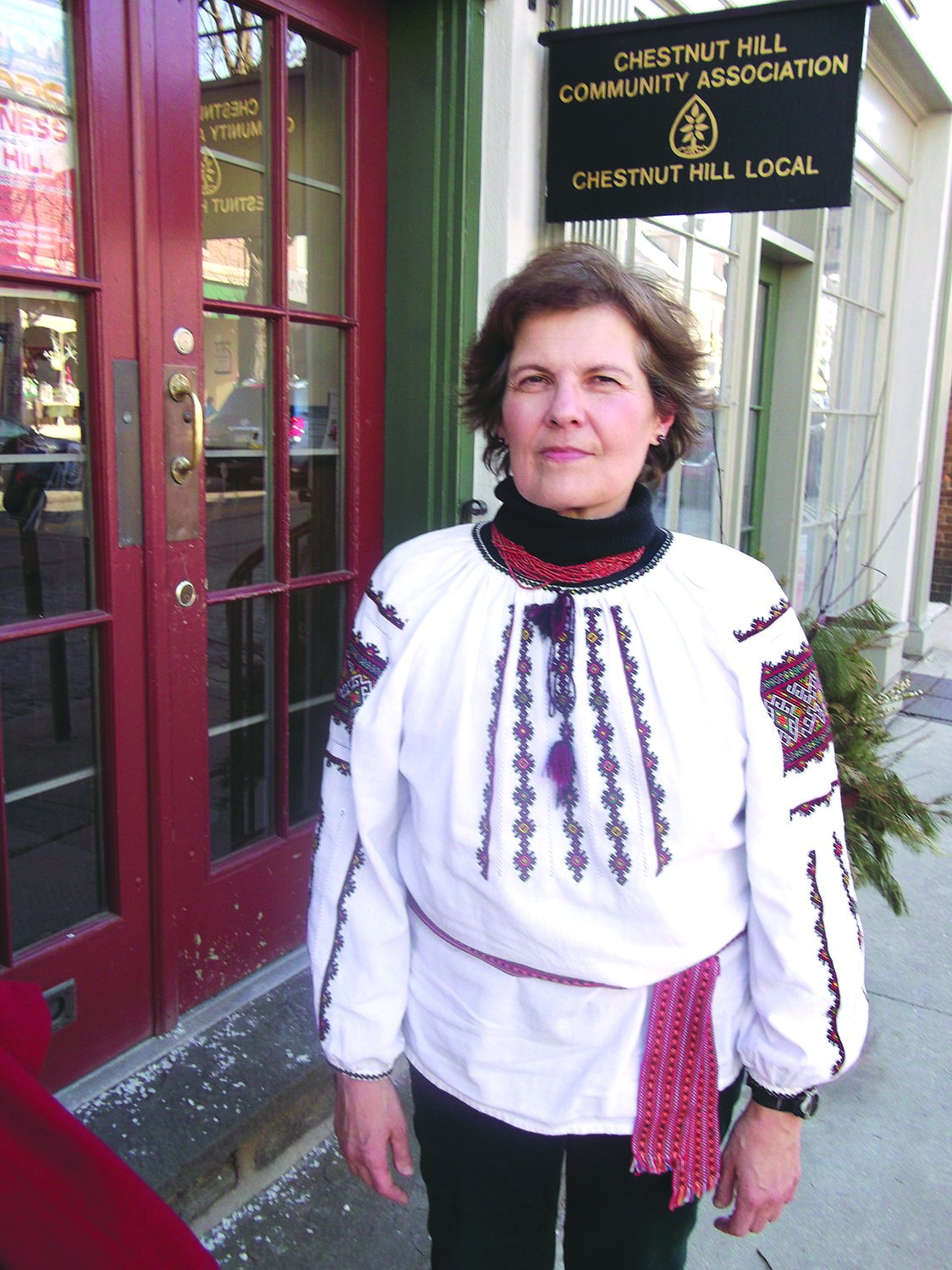 Mt. Airy resident Mary Kalyna, a Ukrainian American activist, fears for her many friends and relatives who still live in Ukraine. Photo by Len Lear
Posted Wednesday, February 23, 2022 12:00 am
by Len Lear

For most of us, the current Ukrainian crisis is just another out of Russia, where Vladimir Putin seems to want to put the shattered Humpty Dumpty of the former Soviet Union back together again.

But Mary Kalyna, a Mt. Airy resident for the past 38 years and a longtime Ukrainian American activist, has a much more visceral reaction. To Kalyna, who returned to Ukraine in 2005, 2007, 2016 and 2018, the crisis is personal.

“I have 10 first cousins who still live in Ukraine,” she said last week, “as well as an aunt, nieces and nephews. Most of my family lives in the western part of the country. I am constantly talking to them. I even have friends who were born in the U.S. but who moved to Ukraine with their families after it became a democracy because they wanted to reconnect with their culture and traditional way of life.”

“I would like to publicly thank the Russian people who took part,” Kalyna said. “They do not like Putin any more than we do. After all, it is Russian journalists and other critics of Putin who have been poisoned and murdered on his orders.”

In 2013, Kalyna helped form an organization known as EuroMaidan Philadelphia, which has been engaged in protests against Putin, outreach efforts to Eastern Europeans in the Philadelphia area and educational activities in an attempt to keep Ukrainian issues in the minds of local residents. "Maidan'' is a Ukrainian word for the central square in Kyiv, the nation's capital city that has a population of about three million. “The Ukrainian people have lived through so much,” Kalyna said. “There was the Nazi occupation, the politically engineered famine by Stalin in which millions died, the Chernobyl nuclear disaster and the repression of their culture and language. When I was first in Ukraine, all newspapers and TV and signs were in Russian, not Ukrainian. Putin has tried to destroy everything Ukrainian, even our language.”

(In an earlier interview with the Local, Kalyna said, “I have an aunt there who has an outhouse, not indoor plumbing. It's also about the denigration of our culture, of not being allowed to speak our own language, of having to sing Christmas carols in secret, of being afraid to talk on the phone.”)

The recent crisis comes on the heels of another crisis that mobilized Kalyna and other activists, the 2014 invasion of Crimea, when Putin sent in military forces to take over the peninsula that is located on the Black Sea in the southernmost region of the country. It is home to about 2.2 million of Ukraine's 45 million people. Russian troops are still there today.

“They have killed about 14,000 Ukrainians” since that invasion, Kalyna said, “and there are 1.5 million refugees. This was ethnic cleansing. Whole towns, roads, schools were bombed and are now a wasteland. So this is nothing new for Putin.”

Putin made that move shortly after a popular uprising in Ukraine’s capital city, Kyiv, led to the toppling of Viktor Yanukovych, Ukraine’s former President who was considered by many to be a Putin puppet. In the wake of that uprising, which Kalyna refers to as the “Revolution of Dignity,” Yanukovych and his allies were found to have stolen billions of dollars from the extremely poor Ukrainian economy. At that time, Kalyna and other Ukrainian activists in the Philadelphia area responded by organizing a boycott of Lukoil gas stations because Lukoil is a Russian corporation.

Kalyna is a graduate of Cornell University and holds an MBA from the University of Pennsylvania's famed Wharton School. She has worked mainly in marketing research. She does not like the title of "spokeswoman," but she has been quoted in much of the coverage over the past decade of the crisis in Ukraine by the major news media in the Delaware Valley.

Kalyna was born in upstate New York. Her parents were both put in Nazi slave labor camps as teenagers, where they remained for five years. In 1947, her father's parents were sent to Siberian labor camps, where her grandmother - and perhaps millions of others - perished of disease, starvation and brutal treatment. “This happened to a lot of families,” Kalyna said. “After World War II, my parents became 'Displaced Persons' and eventually found their way to the U.S.”