In playing de Gouges, Jen Allegra has the lead role in “The Revolutionists” by Lauren Gunderson at Stagecrafters, 8130 Germantown Ave., through Dec. 12. 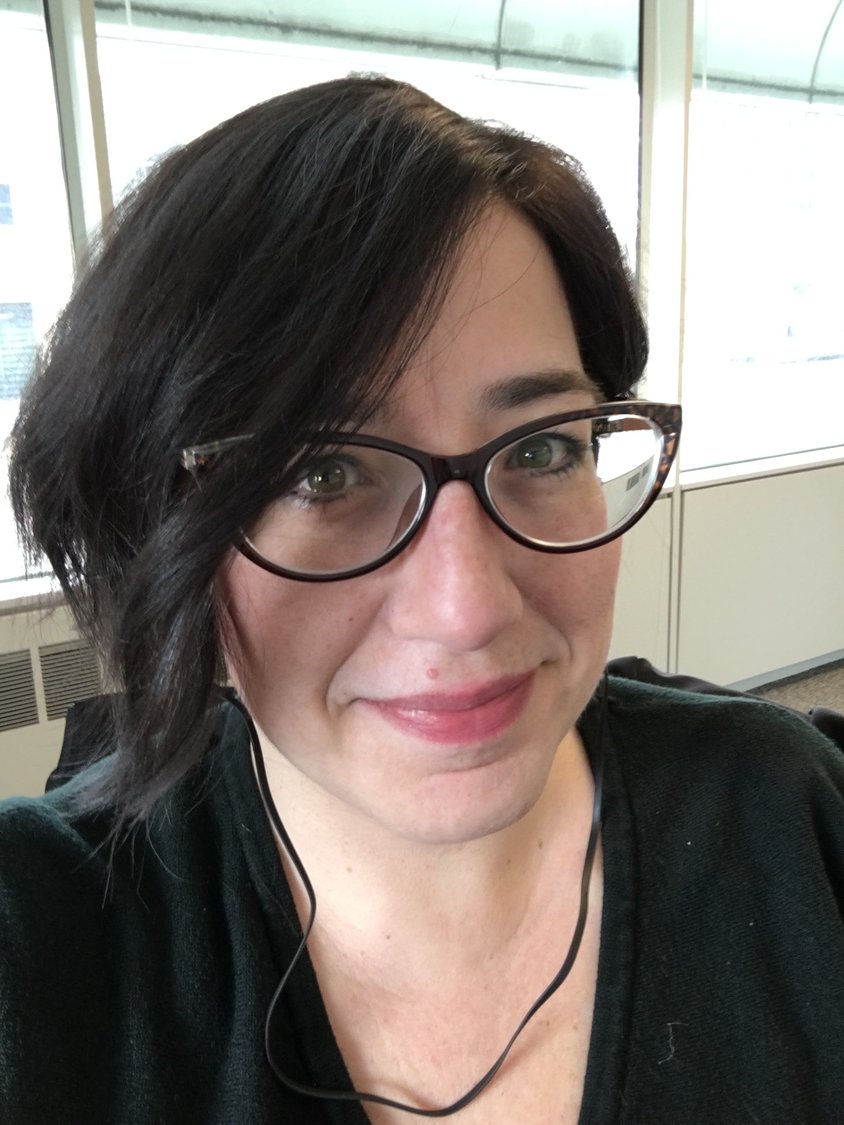 By day, Mt. Airy resident Jen Allegra is the director of product management at Tridiuum, a digital behavioral health company in Center City that aspires to “optimize the behavioral treatment process to provide better patient outcomes.”

But when the sun goes down, Allegra becomes Olympe de Gouges, an incredibly gutsy woman, author and activist who struggles to write a play about the French Revolution’s Reign of Terror in 1793 Paris, an artistic endeavor which, if discovered by the authorities during that time, would render her headless. In this potentially lethal enterprise, Allegra is advised, prodded and spurred on by three brassy, impatient and insistent women who are eager to make history. (Olympe de Gouges was a real historical figure who was guillotined in 1793 at the age of 45 for her criticisms of the leaders of the Reign of Terror.)

In playing de Gouges, Allegra has the lead role in “The Revolutionists” by Lauren Gunderson, America's most produced playwright, which opened Nov. 26 at Stagecrafters, 8130 Germantown Ave., and will continue through Dec. 12. “The Revolutionists,” written in 2017, has been widely performed throughout the country, garnering critical and audience praise alike. Gunderson's plays have focused on female figures in history, science and literature.

“Olympe means well,” Allegra told us last week, “but she is a pretty terrified person and tries to live in her artistic bubble … despite the fact that the play is set during the French Revolution, it is pretty hysterical and shows the warmth of sisterhood.”

Allegra grew up in University City, where her Bostonian parents were the resident directors of the graduate dorms at the University of Pennsylvania. “I went trick-or-treating in the dorms as a child,” said Allegra, who graduated from Masterman High School and George Washington University, where she started out as a psychology major and ended up pursuing a degree in theater.

I could not resist asking Allegra if she has ever been kidded about having a last name that is also the name of an over-the-counter cold medicine. “Growing up,” she replied, “no one could pronounce my name. When the allergy medicine came out, pronunciation wasn’t as big of a deal, but the kidding is pretty minimal.”

What is it that Allegra enjoys most about acting? “At first, it was a way for a really shy kid to be brave. Now, it’s the process of working with talented people to create a piece of work that entertains audiences and makes us all think about something important and maybe even learn something about ourselves.”

Allegra told us in an earlier interview that “the accolades (from acting in plays) are certainly fun, too, but you don't get them while rehearsing. But what you do get while rehearsing is a magical feeling and the collaborative journey, which totally fulfills the little kid in me.”

Allegra, who was inspired by her mother, also a performer and singer, has acted in many plays at Stagecrafters. Which role was her favorite? “My favorite role is always the next one,” she said. “I know it sounds like a cliché, but there is something really beautiful and valuable in every role that I’ve done. And I don’t want to annoy any directors reading this article if I don’t mention their show.”

Allegra is a single mom whose two children, Michael and Claire, used to volunteer at Stagecrafters. Mike graduated from New York University during the pandemic (“It was pretty sad to have a virtual graduation”) and Claire is graduating from The College of St. Scholastica in Minnesota a week after her mom's show closes.

What does Allegra like (and dislike, if anything) about living in Mt. Airy? “I love that it’s so close to the Stagecrafters and the diverse and kind community. And the trees. If I had to pick one thing that I don’t like, it's that it’s not as walkable in certain parts.”

For more information, call 215-247-8881 or visit thestagecrafters.org. Len Lear can be reached at lenlear@chestnuthilllocal.com