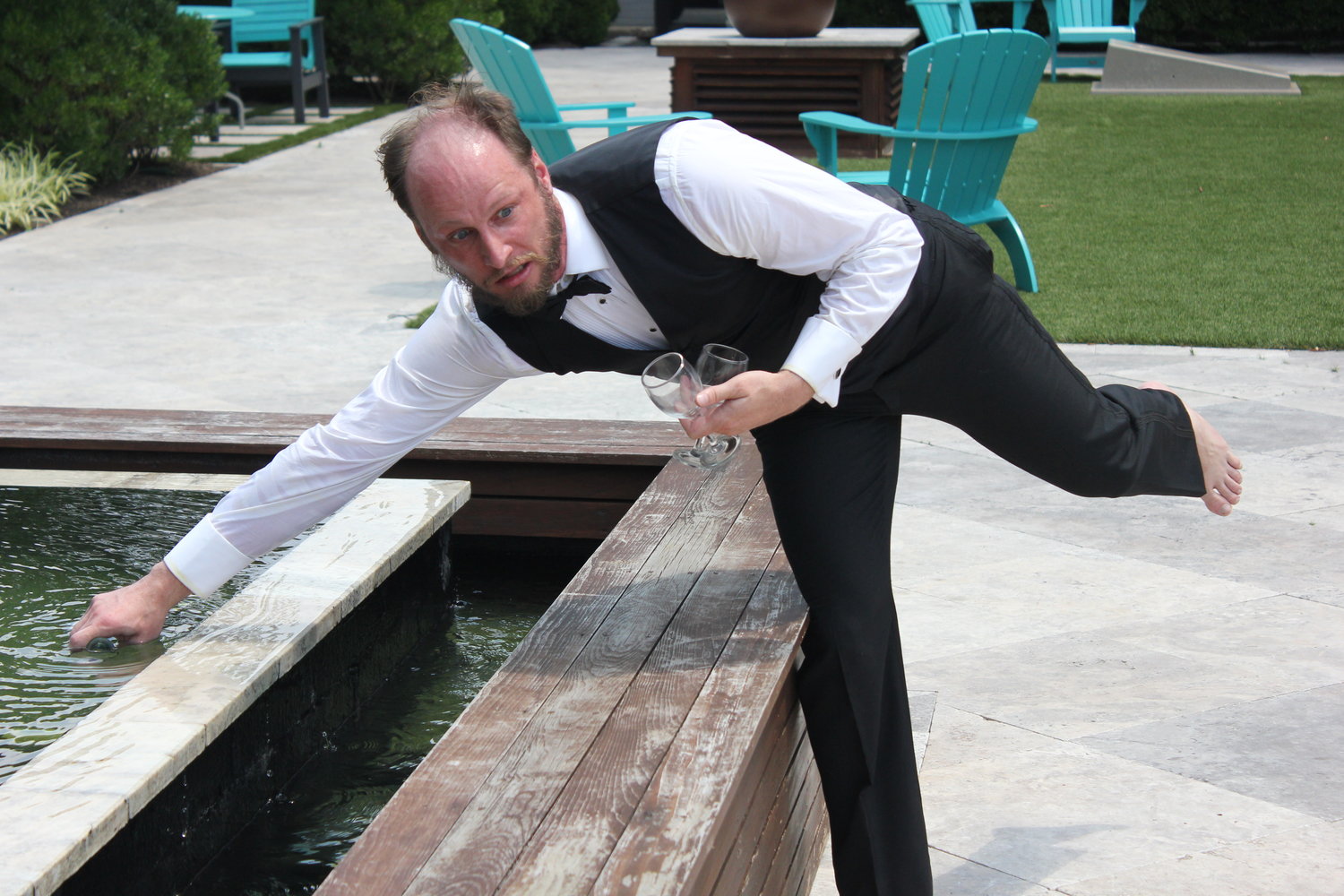 One of Mt. Airy’s most talented stage artists, Nick Gillette, 37, is also a driving force in one of the newest offshoots of the Fringe Festival, Cannonball.

The independently run satellite festival of the Philadelphia Fringe Festival features more than 100 shows, workshops and events spanning circus, dance, theater, film. With 28 mainstage shows, nightly cabarets, pop-up events, workshops, artist talkbacks and more, Cannonball offers something for every age. It is currently running through Oct. 2 at the MAAS Building, 1320 N. 5th St., both indoors and outdoors. There will also be a festival bar hosted by Fergus Carey of Fergie’s Pub.

Inspired by the Edinburgh Fringe and the Almanac Dance Circus Theatre, Cannonball is designed to provide artists with an independent hub of activity during the Philadelphia Fringe Festival, and the resources they need and festivalgoers with a one-stop venue for a Fringe experience.

Gillette, an acrobat whose specialty is “physical theater,” will perform in something called “Yurodivy,” which means “holy fools,” an Eastern Orthodox tradition of clowns who engage in “purposeful weirdness,” on Sept. 23, 24 and 25. According to Nick: “We won’t know what Yurodivy is until the show ends each night. If you've ever tried to describe a party or concert to someone and can only sum it up as 'You had to be there,' you’ll know what I mean.”

“Yurodivy is improv. Each night is different, and there’s a thrill for an audience watching four talented performers try to land a plane they’re assembling while falling through mid-air. The only way to achieve that near-impossible feat is for performers to trust one another completely. I’d like to leave the audience with a sensation of having witnessed a brave and vulnerable ensemble holding on to each other in a demonstration of the joy of total trust. Yurodivy is wild, crazy, beautiful and strange.”

Gillette was bit by the improv bug in college, continued learning in New York and went on to teach in Philadelphia. He attended The Pig Iron School for Advanced Performance Training in Fishtown, graduating in 2013. “It really opened my eyes,” he said, “to what an active role we have in shaping our culture through theater.”

“The best part,” he said, “was getting to live in Kyoto and then Freiburg and getting to know the performing arts scenes of those places. The worst part was realizing I should have majored in theater.”

He has performed in countless weekly and monthly shows with the Philly Improv Theater over the last 10 years, and he toured extensively with his acrobatic troupe, Almanac, from Canada to Mexico and many places in between.

“I stepped down from Almanac and acrobatics,” he said, “when the touring got too time-intensive. I had to rebalance my career so I could be the father my children deserve. Between private improv coaching, teaching improv to doctors at Temple U. and teaching applied improvisation to business executives at DRPA/PATCO, I make ends meet.”

When and where was the most enthusiastic audience Gillette ever performed for? “Four years ago,” he replied, “Almanac performed a shortened version of an acrobatic theater piece at the NYU Skirball Center. At one point we greet the audience by asking to kiss their foreheads. I looked up and saw a group in the balcony beckoning me, so I scaled up part of the building to reach them. The place went bananas. The stage manager was less pleased.”

How has the pandemic affected Nick's life? “I switched to performing live virtually last summer and got to reconnect with collaborators who had moved away from Philly, but after a few months of it, I had to stop. After an hour of improvisation and acting my heart out, I’d turn off the computer and just feel dead. I don’t like to complain, though. Many others have lost so much more.”

“Yurodivy” will be performed the evenings of Sept. 23, 24 and 25. More information can be found at  cannonballfestival.org or fringearts.com/event/yurodivy/. Len Lear can be reached at lenlear@chestnuthilllocal.com