Several years ago, a nephew of mine, Gabriel, was a student at the Hare Krishna Temple, 41 W. Allens Lane in West Mt. Airy. 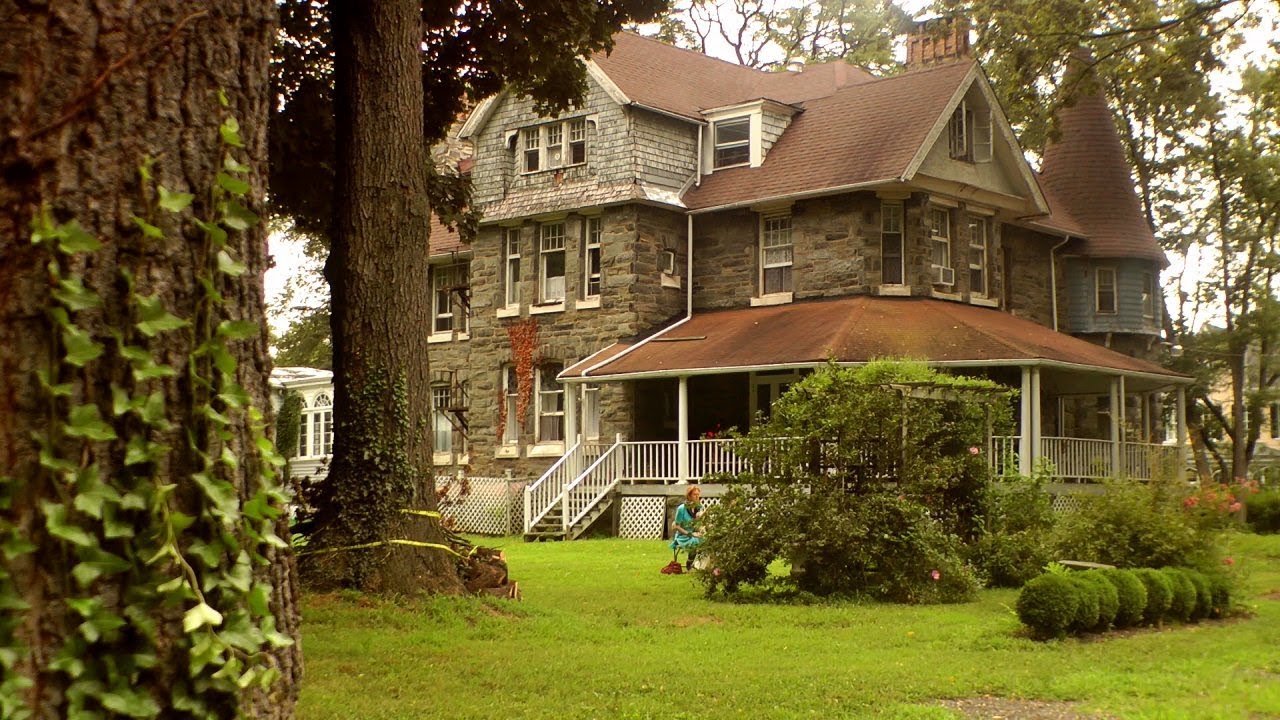 The Hare Krishna Temple at 41 W. Allens Lane in West Mt. Airy is one of the subjects examined in a new book, “From Mother Divine to the Corner Swami: Religious Cults in Philadelphia” (Arcadia Publishing), by former Germantown resident, journalist and author of many books, Thom Nickels. 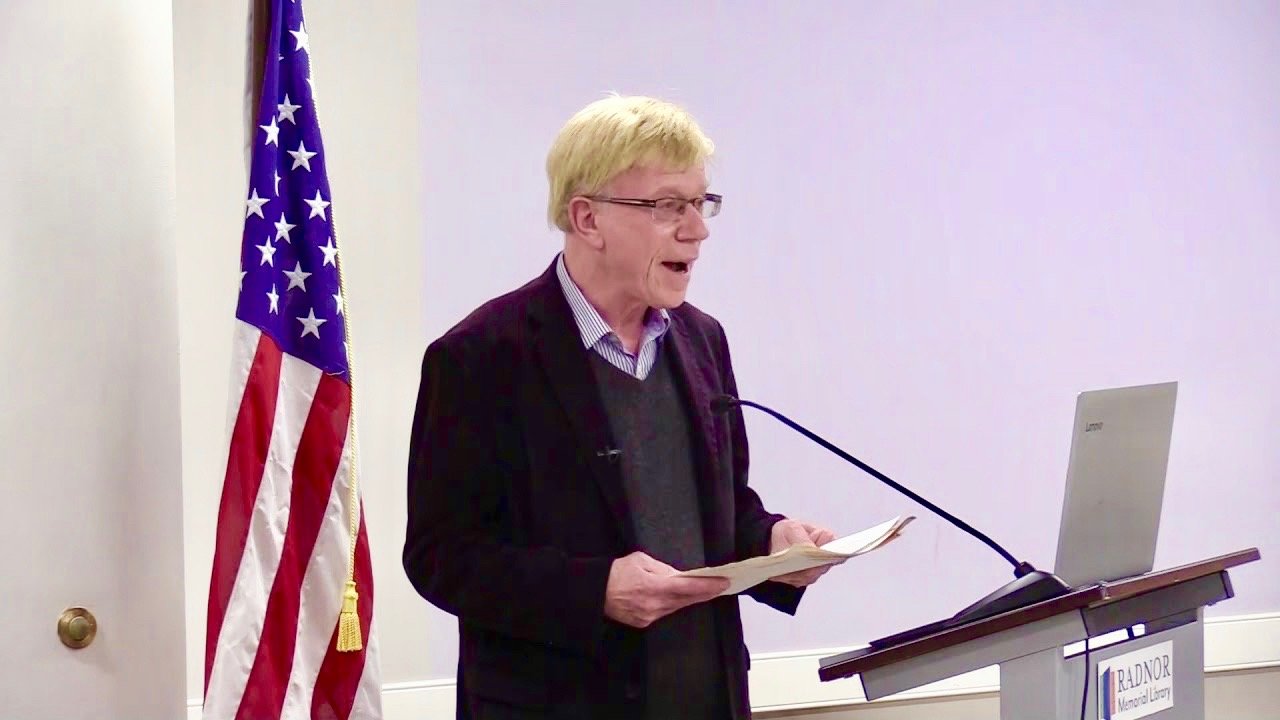 Local author Thom Nickels talks about his latest, just-published book, “From Mother Divine to the Corner Swami: Religious Cults in Philadelphia.”
Previous Next
Posted Thursday, March 25, 2021 9:30 am
by Len Lear

Several years ago, a nephew of mine, Gabriel, was a student at the Hare Krishna Temple, 41 W. Allens Lane in West Mt. Airy. Previously home to the Cresheim Arms Hotel, the building was purchased in 1977 by the International Society for Krishna Consciousness. (Radha Krishna is a Hindu deity, considered to be the most powerful of several that are worshipped at the temple, whose congregation numbers about 600 families, according to its website.)

Gabriel, whose head was shaved except for a tiny pony tail in the back, dressed in the colorful clothing characteristic of Krishna devotees, who used to be seen occasionally on the streets of Mt. Airy chanting the Hare Krishna mantra, whose purpose is to “find God-realization,” and banging cymbals. Since I was curious, we attended one of the temple's free Sunday vegetarian dinners, which would attract upwards of 200 people from all over the area. The food was delicious, and the devotees could not have been more welcoming.

For those who are curious about the temple, I highly recommend a just-published book, “From Mother Divine to the Corner Swami: Religious Cults in Philadelphia” (Arcadia Publishing), by Thom Nickles. Nickels is a 65-ish local author of 15 literary works, a columnist for newspapers and magazines, a former Germantown resident and recipient of the 2005 Philadelphia AIA Lewis Mumford Architecture Journalism Award. (“I once applied for an editor's job at the Chestnut Hill Local,” he said last week, “but could not accept the position when it was offered because I didn't have a car at the time.”)

Nickels said in our interview, “Hare Krishna, generally, has scaled back their public appearances (probably because of COVID-19). One would see them chant and walk down Chestnut Street or in airports, for instance, and to me seeing them was always a benign, uplifting sight, at least superficially. Hare Krishna followers adhere to strict moral guidelines — celibacy before marriage, marriage is forever (no divorce), no birth control, homosexuality is a sin: in a way it mirrors traditional Catholicism. In the 1960s and '70s many men (and some women) passed through Hare Krishna almost as a rite of passage. A permanent 'stay' was rare.”

Nickels' extremely well researched book examines in fascinating detail local avatars of Hare Krishna, Scientology, “Pop-up Messiahs,” Theosophy, the Amish, Father and Mother Divine, “cults that have become mainstream,” people who claim to be psychic, etc. Some readers might quarrel with whether or not one or more of the above really qualifies as a “cult,” but that judgment is subjective.

For example, Nickels writes about the Rev. Melvin Floyd, a former Philadelphia policeman who in the 1970s established Neighborhood Crusades, Inc., with headquarters on West Queen Street in Germantown. Floyd won several awards for turning around inner-city gang members with his ultra-conservative Christian message, but “he was often referred to as a bigot and homophobe by gay activists.”

When I asked Nickels for his view of Floyd today, he said, “I've actually 'forgiven' him … he meant well … he did a lot of good! Then again I was much more of an activist then. All of my identity is no longer tied up in 'being gay.'"

What got Nickels so interested in the subject of religious cults in Philly? “Probably as a result of my lifelong interest in religion. There was a Mormon family on my block when I was in high school, and when I got to know them, I wanted to learn all about Joseph Smith and Brigham Young. My research as a boy was another way of checking into the 'accuracy' of my family's Roman Catholicism. (I am now Russian Orthodox.) It has been a lifelong interest, almost a passion.

“Originally I wanted to do a book based solely on Mother and Father Divine and Father Divine's adopted son, Tommy Garcia, as well as the connection to Jim Jones, but my publisher suggested a wider range of interest. That's when we agreed on religious cults that have taken root or that were or are now prominent in Philadelphia.”

In 1976 Nickels moved from West Chester to Germantown. He recalls the pros and cons of living there. “It took forever to get into Center City. The regional rail line seemed so slow and ran infrequently. My first week there was not good. I was white in a majority Black neighborhood, but once people got to know me, I began to love the neighborhood ... The Nickels side of the family used to run a huge funeral home on Chelten Avenue, and my great-aunt used to take me into Germantown as a boy to give me 'on the spot' history lessons. She revered Chestnut Hill and always said that its 'quality and status came before the Main Line.'"

To get “From Mother Divine...,” visit arcadiapublishing.com. Len Lear can be reached at lenlear@chestnuthilllocal.com