The Mt. Pleasant Garage, located on Lincoln Drive near the intersection of Mt. Pleasant Avenue in Mt. Airy, was illegally demolished at some point in late September. 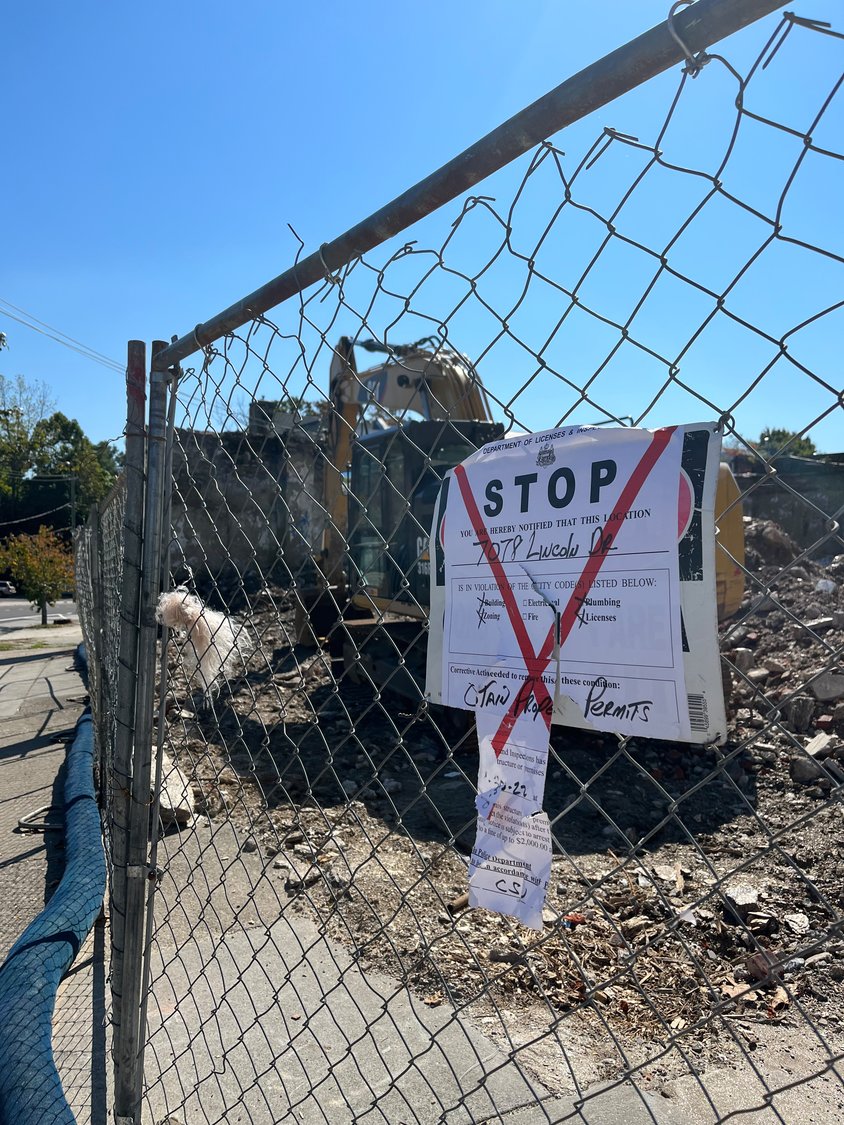 Construction on the site of the old stone garage that was demolished without a permit has been ordered to a halt by city officials.
Photo by Carla Robinson
Posted Wednesday, October 12, 2022 12:00 am
by Tom Beck

The Mt. Pleasant Garage, located on Lincoln Drive near the intersection of Mt. Pleasant Avenue in Mt. Airy, was illegally demolished at some point in late September and the property has now been slapped with a stop work order, according to city spokesperson Joy Huertas.

Because no permit was filed, Huertas explained, the city doesn’t know with any certainty what contractor demolished the building.

“It’s a highly traveled location,” said preservation activist and historian Oscar Beisert. “It really was a wonderful looking facade, and it would have been great to see it incorporated into a new development.”

Philadelphia Department of Licenses and Inspections  records show that the only permit on file for the address is a permit for an alteration or an addition.

That permit, which was approved by the city in January 2020, notes the owner’s intention to keep the existing structure, but renovate it and add an addition to it that would result in a five-story structure with 30 residential units and a fresh food market.

“It just makes you wonder – will they cut corners on the environmental component if there is one?” Beisert said.

According to Huertas, the last L&I inspection prior to demolition showed that the structure was standing and described as “stable” despite not having a roof.

“The original steel roof trusses remain and are supported by stone piers and steel columns,” reads a statement sent by Huertas in an email. “The trusses are laterally braced and do not show any signs of movement and minimal rusting. The structure is stable at this point.”

The 7920 square foot building sits on 1.8 acres and was constructed in 1925. City records show that it was cited in early October for “unsafe and open conditions.”

The Local did not receive calls back from the property owner or architecture firm associated with the project.