There is an old adage in the publishing business: Write about what you know. Tony DePaul is a perfect example of the truth of this bromide. DePaul, a mid-70s dynamo who was born in Chestnut Hill … 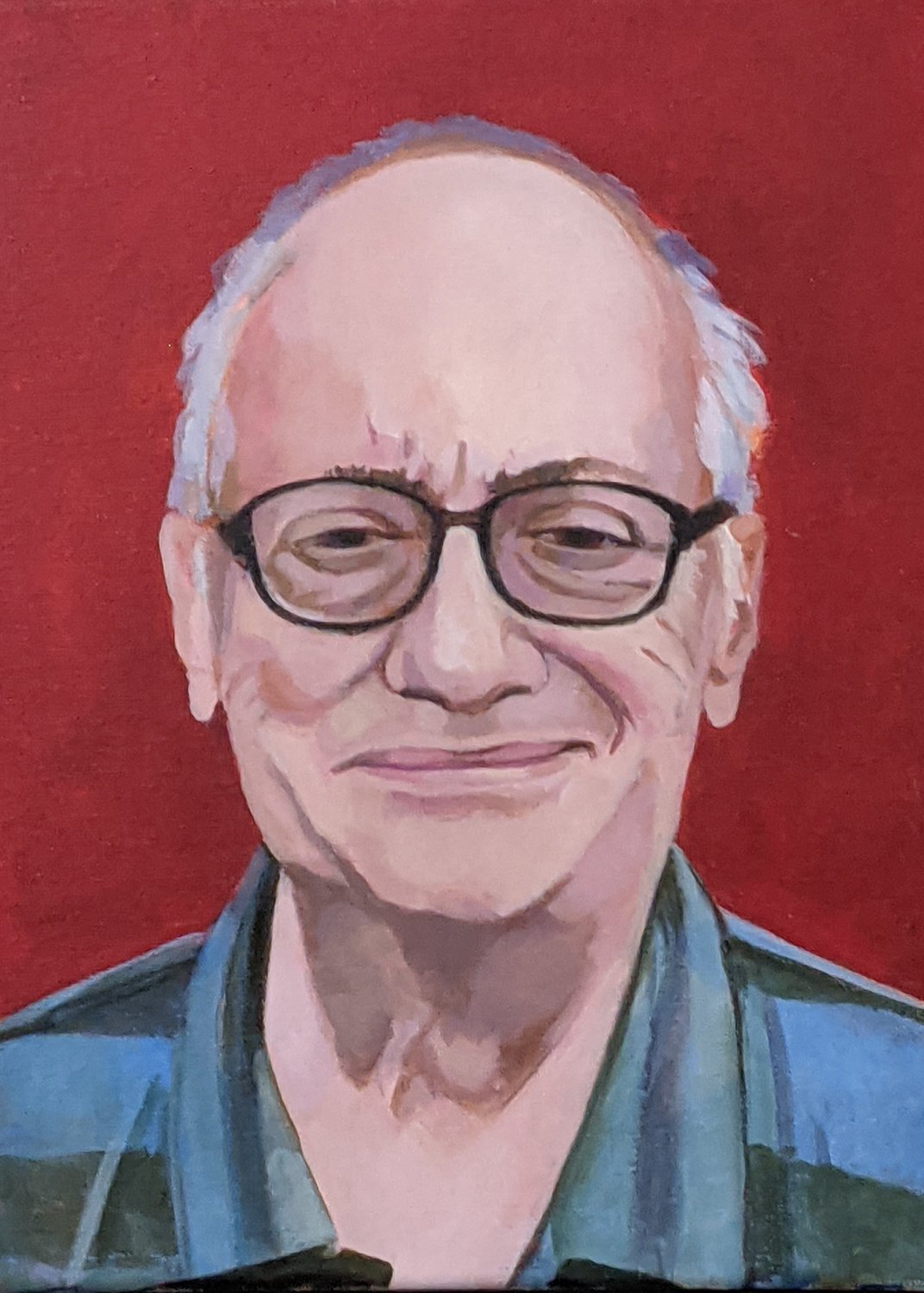 Tony DePaul, of Chestnut Hill, has written several novels and short stories about local people and places, and he has a new book of short stories coming out around Labor Day. (Painting and photo by Colleen Quinn)
Posted Friday, August 6, 2021 9:00 am
New book by Chestnut Hill master of the crime drama by Len Lear

There is an old adage in the publishing business: Write about what you know. Tony DePaul is a perfect example of the truth of this bromide. DePaul, a mid-70s dynamo who was born in Chestnut Hill Hospital and still lives in Chestnut Hill today, has written several novels and short stories which always seem to have a connection to Northwest Philadelphia.

For example, Tony's  latest published book, “Ro Ro Morse,” released late last year by Summerfield Publishing (I read it, and it is terrific), about a tough female cop, is chockablock with references to Mt. Airy, Germantown and Chestnut Hill. For example, “Germantown John lived in a 100-year-old, two-story stone home on West Gravers Lane in Chestnut Hill, a short ride up the trolley tracks and cobblestoned Germantown Avenue ... The Hill's newspaper prints weekly and reports on all things Chestnut Hill … ”

And now Tony has a new book of short stories, due to be released around Labor Day called “Philadelphians; a Literary Mural.” The book consists of 14 unique, fictional stories based on different aspects of Philly life. Some stories portray real people in crisis. Black, white, young, and old are all challenged to fight and survive against crime, racism, cancer and violence.

Other stories deal with triumphs of real people struggling to survive the vagaries of life in a changing city. According to Tony, “The reader will experience a desperate man's attempt to win a cheesesteak contest. Another story deals with two women taking on the State of PA's handling of cuts in the school budget that endangered children. Politics, religion, economic forces and the Covid-19 pandemic are backdrops to Philadelphians and their city. The book (published by New Plains Press) is reminiscent of 'Dubliners' and 'Tales of the City.'”

Now retired from a career as a salesman, Tony won awards and set records whenever a company gave him something to sell, despite the fact that he never took a business course in his life. DePaul, who was on the CHCA board in the late 1990s, is short in stature but big in personality. He went to work for the Burroughs Corporation selling business machines in 1968 and before too long became the number five salesman out of 250. “Eighty percent of selling is people skills,” he said. After three years with Burroughs, Tony was recruited by Automatic Data Processing (ADP), where he was the number one salesman every year.

As a reward he was promoted to regional sales vice-president and sent to the company's office in Dallas, where he stayed for 18 months and where his office led the southern division in sales. But then the Philly office, which was “very tough,” asked him to come back.

“They had a boss from the mid-west who could not hack it in Philly. He was too soft. They got rid of him and asked me to come back.” So Tony returned to Philly and became regional sales manager in 1976. When he got here, sales in the Philly office were $1.1 million for the year, but Tony “got rid of dead wood” and took sales up to $5 million after four years.


Despite his success in sales, however, Tony's first love was always writing, and he longed to get away from the protective scaffolding of corporate life. “I always squeezed in writing whenever I could. I could write a book just about growing up on Gorgas Lane for 15 years,” said Tony, who graduated from Cardinal Dougherty High School, where he won a National Merit Scholarship to La Salle College (now University).
He later earned a teaching assistantship to the University of Arkansas in Fayetteville. He taught two classes there while earning a master's degree in English Literature. In 1967 he came home to Philly because his wife, Angela, was homesick. She was from Germantown, one of six children in the family, who also went to Cardinal Dougherty. “I came back home with a used Chevy, one wife, one child on the way and $25 in my pocket,” said Tony, who later was divorced after 42 years of marriage. (There was a second marriage that ended after seven years.)

Tony retired at 59 and has done lots of writing, consulting and traveling since then. He has written several novels and short stories about a female detective, Rowena Morse, who lives in Mt. Airy.

For more information: TdePaul@wirelessenergysolutions.com. This is an update from an article in June of 2020 about Tony's previous novel. You can reach Len Lear at lenlear@chestnuthilllocal.com