With this pedigree, Traub, now 80, could have taken a high-profile job in architecture in New York, London or virtually anywhere else in the Western world, but he chose to stay in Philadelphia. 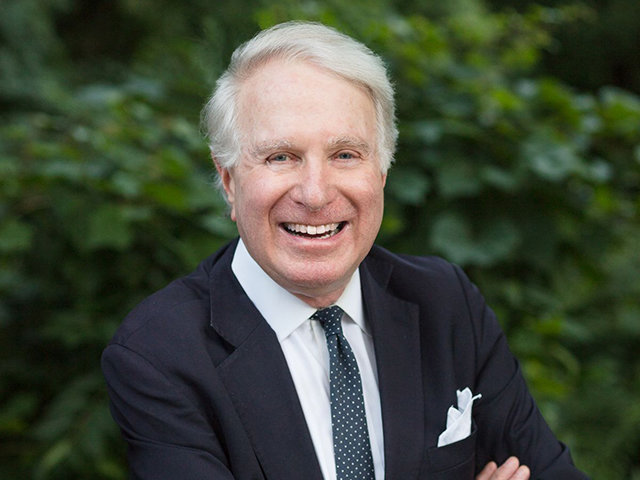 Architect David Traub's new book, “Philadelphia: City of Homes,” features countless photos of houses from every section of the city. “My favorite neighborhoods,” he said, “are Chestnut Hill, which is incredible, and Mt. Airy.”
Posted Thursday, March 24, 2022 6:00 am
by Len Lear

David Traub, a native of Louisville, Ky., earned a master’s degree in architecture from the University of Pennsylvania where he studied, among others, world-famous architect Louis I. Kahn in the 1960s.

Traub then worked in Kahn’s office from 1970 to 1973, when he was assigned to work on two of the office's most important projects at that time, the Kimbell Art Museum in Fort Worth, Texas, and the Yale Center for British Art at Yale University in New Haven. During this time, Traub was also teaching architecture  at Temple University.

With this pedigree, Traub, now 80, could have taken a high-profile job in architecture in New York, London or virtually anywhere else in the Western world, but he chose to stay in Philadelphia.

“I fell in love with the city. I love the walkability, history, narrow streets, small scale of things, uniqueness, just the character of the city,” he told the Local. “If you've lived here your whole life, you may not be able to appreciate it as much as a newcomer seeing it with fresh eyes.”

It’s essential reading for anyone interested in Philadelphia homes. Written in accessible prose, it features breezy descriptions of houses from every section of the city as well as countless photos - all taken by Traub, who spent two years working on the book.

Traub said he writes his books to educate people in this area about the value of homes in the city.  His “Searching for Philadelphia, The Concealed City,”  was published in 2013 and “Discovering Philadelphia, Places Little Known,” in  2017.

“Every house in the new book is still in existence and is visible from the street, and these are not just famous or historic buildings,” he said. “There are 400,000 rowhomes in Philly, more than in any other city in the world except for London. My favorite neighborhoods are Chestnut Hill, which is incredible, and Mt. Airy.”

Traub's “coffee table book” tells you everything you could ever want to know about the city's rowhouses and townhouses, twin houses, courtyard and walkway houses, detached houses, mansions and carriage houses, unusual houses and modern houses.

Many of the houses featured are located here in Northwest Philadelphia. For example, a house on Rex Avenue is on page 29. Traub writes, “The Chestnut Hill neighborhood has much of the aspect of an English suburban town. One thinks of Hampstead, north of central London, which is placed comparably to Chestnut Hill … Both have picturesque shopping districts and surrounding residential districts with houses like these in the late nineteenth century Arts & Crafts style and its variants.”

Loudoun Mansion, at Germantown and East Abbottsford Avenues in Germantown, is on  page 66.  With its stately Greek columns, the mansion, unfortunately, has been neglected.

“Built about 1801 by Thomas Armat (there is an Armat Street in Germantown) with the Greek Revival portico added in 1830,” Traub writes, “the mansion is now owned by the city of Philadelphia. A damaging fire in 1993 limited its accessibility. With greater renown, perhaps the interior of the house will one day be returned to its former magnificence.”

In 1974, Traub established his own office in Philadelphia. His firm, David S. Traub Associates, performed a variety of projects in the residential, commercial and institutional fields. He has designed for the city, including projects for the Department of Parks and Recreation and the Fairmount Park Commission. “That's what got me so interested in the city's homes,” he said.

The firm's work also included historic restoration, town planning and interior design of offices, houses and condominiums. Traub is now retired from architectural design, but as a writer, he says he is “busier than ever.” He has given numerous lectures in the area and has written many articles concerning preservation issues. He is also co-founder of a new citywide preservation organization, Save Our Sites (SOS).

The prolific resident of a center city townhouse has also written two plays and is almost finished with a third. His first play, “Lincoln in Louisville,” which has been performed to highly favorable reviews in Kentucky, is a dramatization of an actual event in 1842. It depicts Lincoln's first personal encounter with slavery as he stays on the plantation of a close friend, Joshua Speed, who enslaved 50 people.