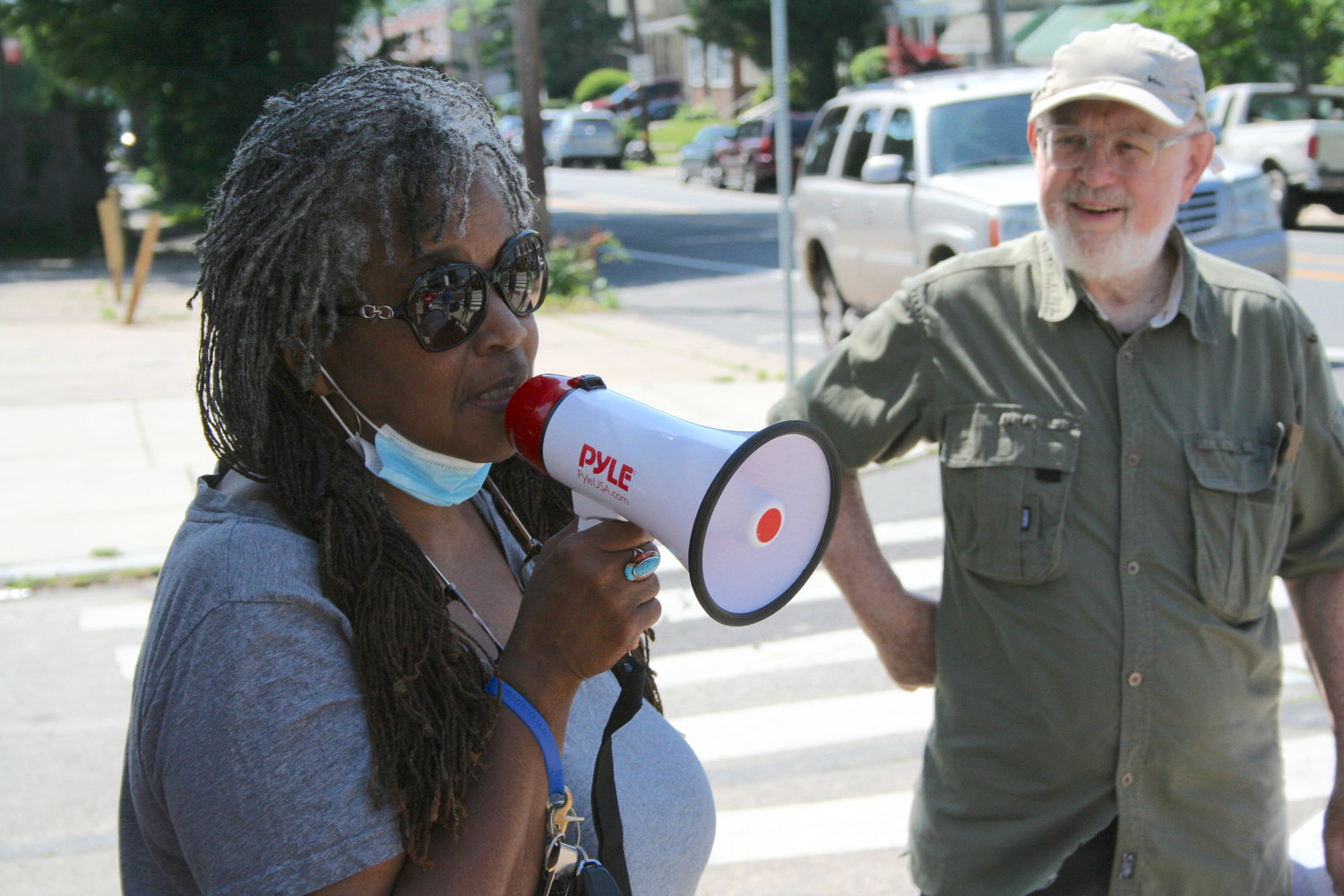 A new neighborhood group is forming in response to rapid density-oriented real estate development in Mt. Airy clustered along Germantown and Chew Avenues. East Mt. Airy resident, Linda Bell, is spearheading the effort with her daughter, Carla, to create Northwest munity Alliance, a group geared toward increasing the strength of resident voices.

Linda Bell led a walking tour Saturday, June 5, to highlight some 22 proposed or existing development projects within an average of just over 800 feet of her Springer Street home.

About 15 people attended the tour, which began at 6717 Chew Ave., a ramshackle lot that is the site for a controversial development proposal — 34 market-rate residential apartments in extremely close proximity to Pleasant Playground and all of the facilities surrounding it.

Bell called this proposal unfit for the neighborhood and offered it as an example of how the development process does not automatically look out for local interests. She said her new group would work to connect elected officials and larger neighborhood groups to the residents in closest proximity to developments like this one.

The effort might already be bearing fruit. Eighth District City Councilmember, Cindy Bass, made an appearance at the tour and expressed her own discomfort with the 6717 Chew Ave. proposal, which would place a four-story building just feet from the public pool at Pleasant Playground.

Bass said she was not comfortable with so many private residences literally overlooking a place where families and neighborhood children go to swim.

The proposal by Audax Properties of Doylestown requires zoning variances to move forward and is awaiting the conclusion of a Zoning Board of Adjustments hearing on June 30.

Bass said the neighbors could count on her support when it came to the Chew Avenue proposal, and that she would always side with near neighbors if they made their needs clear to her.

“I want to make sure the neighbors know there is no way this project is moving forward without neighbor support,” she said.

The developments that residents toured Saturday represent some 248 additional housing units in what is already one of the densest sections of Mt. Airy. Many of the developments are happening in the blocks between Germantown and Chew avenues and between Meehan Avenue and East Upsal Street, which also includes several historically Black communities.

On the surface, many of these developments would seem to follow the city’s 2035 Plan, a comprehensive vision for city-wide development, which calls for greater residential density along Germantown and Chew Avenues. But the Northwest Community Alliance says this broad vision does not always serve the needs of immediate neighbors.

She said the designs of many new developments seem to ignore key characteristics of Mt. Airy’s identity. Things like green space, community-oriented features and a nod to history.

“A lot of these developments are not even built with porches,” she said. “And they have stale facades.”

“Everyone has a perception of East Mt. Airy culture and history, and it’s all everyone else’s interpretation and not what people know who have been here for 70, 80, 90 years,” she said.

The Philadelphia 2035 Plan’s call for increased density in the blocks highlighted by the walking tour is an example of this disconnect, according to the Northwest Community Alliance.

Bass appeared to agree, saying she thought city planners sometimes made their plans without fully understanding neighborhoods. She offered to host a community reexamination of the 2035 Plan with attention to changes that would better serve East Mt. Airy.