Now that the major league baseball season has just begun might be a good time for baseball fans to read “The Will of the Creator,” a novel just released in early April by Flourtown novelist Sam Levitt, 61, which has a baseball theme (sort of). 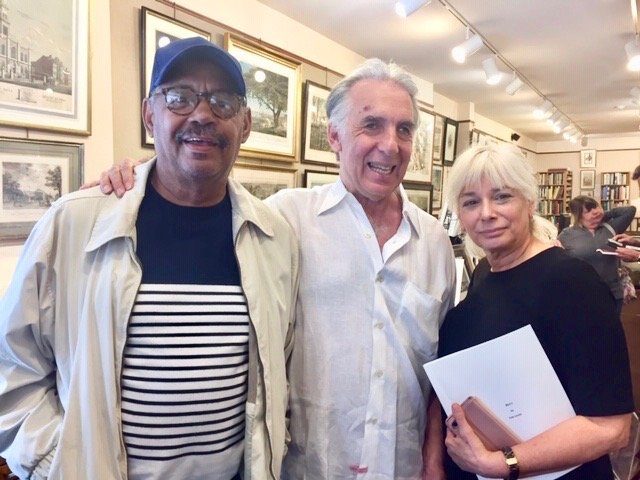 Levitt (center) is seen here at a book signing for his first book, “Ben's,” at the former Philadelphia Print Shop in Chestnut Hill with Dickie Cobbs and Celeste M. Walker. 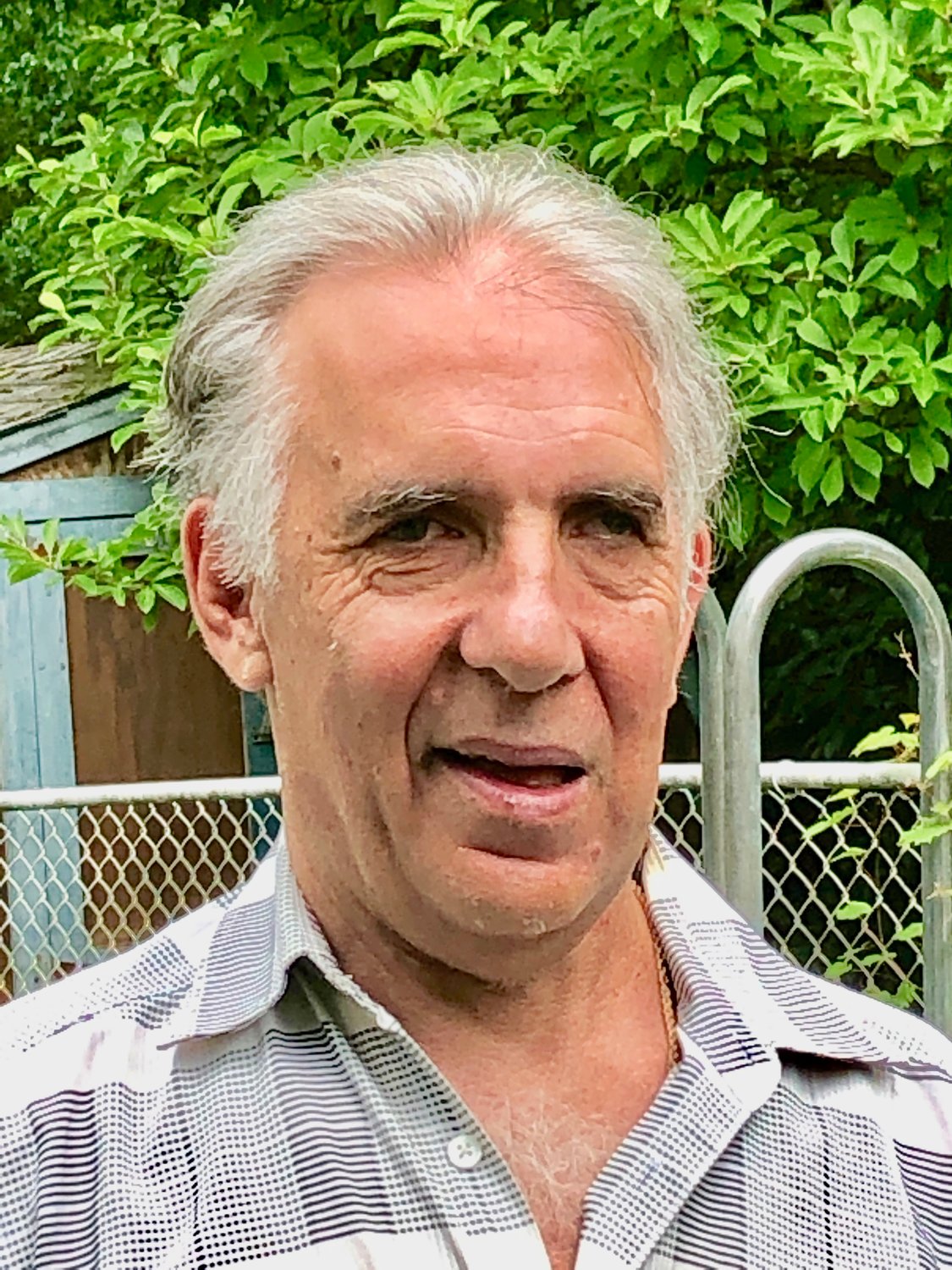 Flourtown novelist San Levitt just released his second novel, “The Will of the Creator,” in early April. The two main characters, Charley and Augie, are seriously into baseball. (Photo courtesy of Levitt)
Previous Next
Posted Thursday, April 29, 2021 12:20 pm
by Len Lear

Now that the major league baseball season has just begun might be a good time for baseball fans to read “The Will of the Creator,” a novel just released in early April by Flourtown novelist Sam Levitt, 61, which has a baseball theme (sort of). The two main characters, Charley and Augie, are seriously into baseball. But this is no procedural about a pennant race or why the Phillies always seem to fade in September.

Far from it. In fact, it is about a serial killer whose 10 murders always take place after a devastating Phillies' loss. (We all know fans who take the local team's loss hard, but this is definitely taking it a little too far.) Augie Socrates, an ex-boxer who is based on real life junior lightweight Augie Pantellas, a Philly area (Broomall) fighter whose career and life Levitt “always believed should be the subject of a movie.”

Pantellas had a 23-fight winning streak in the early '70s and rose to be one of the two top-ranked fighters in his division. He was also a bartender, and he began drinking, smoking pot, then doing harder and harder drugs. He became a junkie and disappeared for six years. (If you Google his name, you will see that he admitted his drug use in later media interviews.) Then he found Jesus, returned to the gym and made a remarkable comeback in his 30s. He made it almost to the top, lost what amounted to a chance at the title and then retired.

In the novel, which admittedly mixes fact with fiction, Augie hears Charley on local talk radio going on and on about the Phillies in the early '80s. (Charley is a frequent caller to radio sports talk shows.) But based on some of the things he says, Augie begins to suspect that Charley may be the Phillies-loss serial killer police are looking for. Charley is a Vietnam War veteran who has sustained a serious head wound and was sent home. In the U.S. he receives brain surgery.

During the operation he suffered a stroke. After a few years of therapy Charley recovers and with his wife runs a successful diner in center city Philadelphia. The novel is a mystery, and the reader becomes a detective as clues to the killer’s true identity are dropped here and there. It has the feel, according to one reader, of a combination of “Raging Bull” and Alfred Hitchcock’s “Rear Window.”

In 2017 Levitt, a Flourtown resident for more than 30 years, published his first novel, “Ben’s,” named for a man named Ben who owned a candy store in Logan where teenagers hung out in the 1960s and ‘70s. Taking place in 1978, it deals with gang wars, Frank Rizzo, the racial divide, blockbusting, cops and the Mafia, specifically Angelo Bruno and Nicky Scarfo, as well as other issues.

A graduate of the Parkway Program High School in center city, Levitt moved on to Montgomery County Community College and then Temple University, from which he graduated with a degree in American History.

Sam worked for the city of Philadelphia in the records room of the adult probation department in the 1980s and ‘90s. “I hurt my leg on the job and retired, but I wanted to be a writer since the late ‘70s. I wanted first to be a sportswriter. My hero was Jack Kiser, who used to write about racehorses. Then there was Larry McMullen and Pete Dexter from the Daily News.

“I had a major stroke in my early 20s, so the details in this new book are at least somewhat authentic. I didn't know what I would do for a career. So that’s when I started writing about the only thing I knew, which was betting on baseball games. I had 15 articles published on baseball, basketball, football and one on a racehorse named Heating Arthur.” They were published in Gambling Times magazine, “Win” magazine and one in “American Turf Monthly” magazine.

“Mario Puzo (author of ‘Godfather’) was my favorite writer. Right now my favorite writer is Vincent Patrick, who wrote ‘The Pope of Greenwich Village.’ That book made me want to write a novel about my city and neighborhood and my teenage years in Logan. Yes, 'Ben's' is based on real people such as Angelo Bruno, Frank Rizzo and others.” (The book was self-published but with help from bookfuel, an outfit in Denver.)

“The Will of the Creator” can be obtained through amazon.com or xlibris.com. Len Lear can be reached at lenlear@chestnuthilllocal.com