New journalism memoir: an epiphany for any writer

Every single one of the 360 pages was a treasure and epiphany for me.

New journalism memoir: an epiphany for any writer 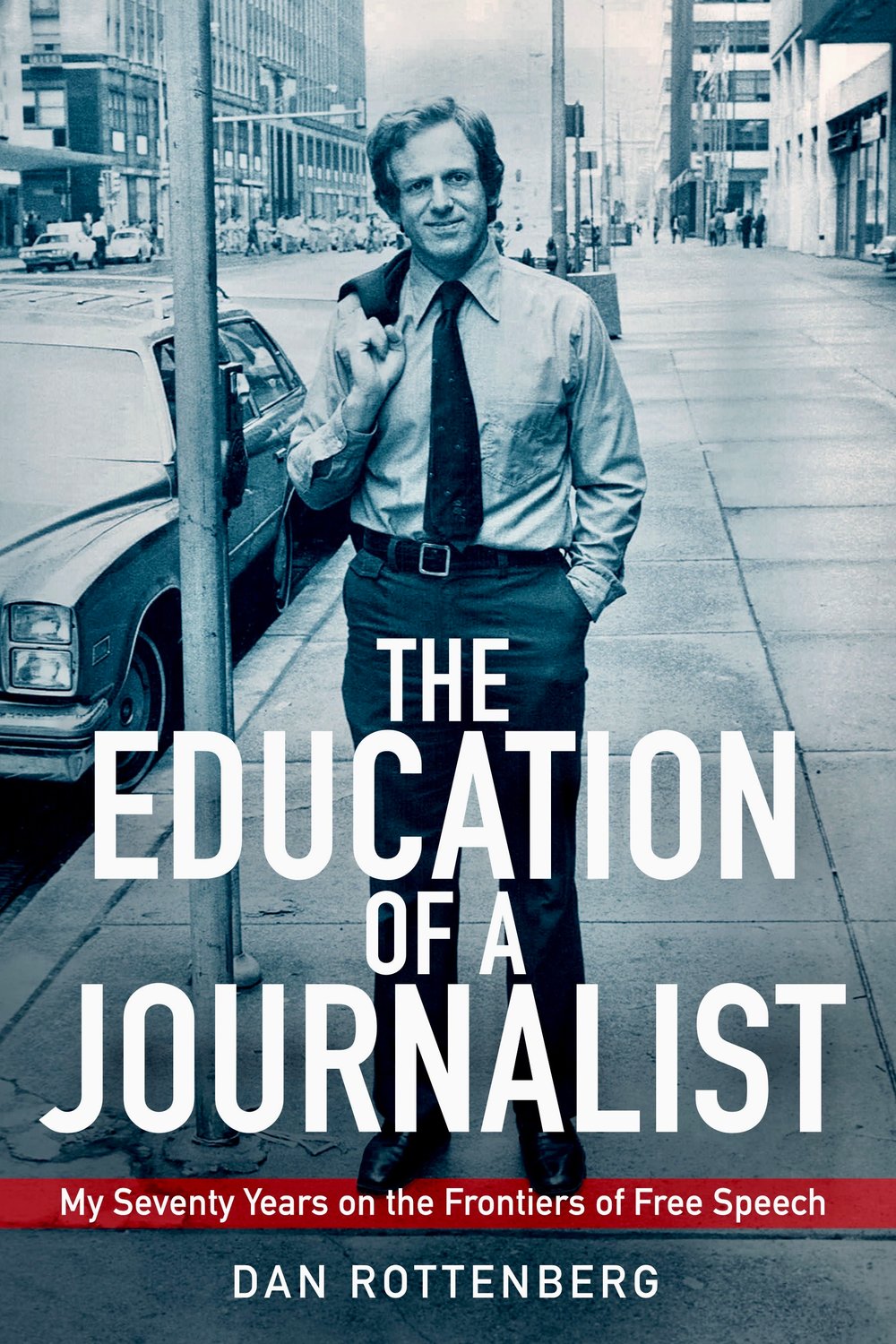 Local author/journalist Dan Rottenberg, collaborator on the memoir of Chestnut Hill’s W. Thacher Longstreth, and writer of numerous magazine articles about Chestnut Hill, has a compelling new memoir, “The Education of a Journalist: My 70 Years on the Frontiers of Free Speech.”
Posted Wednesday, May 4, 2022 11:40 am
by Len Lear

I have known and admired local author and journalist Dan Rottenberg for more than 40 years. He is a magnificent writer, researcher and editor.

He published my articles in The Welcomat, a center city weekly dedicated to opinion, in the 1980s. And whenever he rejected any, it was always for the same reason. “It did not tell me something I did not already know,” he’d say.

However, I am completely enthralled by Rottenberg's just-published memoir, his 12th non-fiction work, “The Education of a Journalist: My 70 Years on the Frontiers of Free Speech.” I am convinced it would be an absolute revelation for anyone who has ever written for a newspaper, magazine or website. Every single one of the 360 pages was a treasure and epiphany for me.

Over his long career, Rottenberg collaborated on the memoirs of one of Chestnut Hill’s favorite sons, W. Thacher Longstreth. He also wrote lengthy profiles of Chestnut Hill for Philadelphia Magazine and Town & Country Magazine.

In 1992, he composed the hilariously unofficial Chestnut Hill song, “Chestnut Hill: 45 Minutes From Camden,” which he has performed occasionally for bluebloods and redbloods both.

Here is the first chorus: “Oh, our city, alas, lacks a leadership class, which we usually blame on the Quakers. And though this may be, you can take it from me, we’ve got plenty of movers and shakers! If you want to find an elite delegation, all bustling with civic good will, just hop on a train at the Penn Center Station, and get off when they shout 'Chestnut Hill!'”

As of last Tuesday, there were nine reviews of “Education of a Journalist” on amazon.com. All nine are five stars. I would give it six stars if that were allowed. My only criticism is that I wanted a lot more pages and a lot more stories.

Rottenberg, who will turn 80 next month, is a graduate of the University of Pennsylvania  where he was a placekicker on the Penn football team. He began his journalism career at a New York high school. Rottenberg would send sports information to New York daily papers, which he said often misspelled the names of players. Among Rottenberg's many humorous anecdotes from that time is one about an athlete who quit his high school swim team because “I was afraid I'd drown.”

There is not enough room to list the newspapers and magazines Rottenberg launched,  edited or wrote for, but a few include the Wall Street Journal, The Philadelphia Inquirer (where he was a columnist from 1978 to 1997), Reader's Digest, Philadelphia Magazine, The New York Times Magazine, Forbes, Playboy and Rolling Stone. His syndicated film reviews appeared monthly in city magazines around the U.S. from 1971 to 1983.

For me, every chapter in the book is a treasure, and each demonstrates something about Rottenberg’s particular personality: his stubbornness, for instance, and general unwillingness to ever back down.

In 1990, he published a front page article suggesting that some people with AIDS and people who had abortions had “failed to exercise more control over their bodies.”

In response, about two dozen members of the activist group ACT UP stormed his Center City Welcomat office, angrily demanding that he publish their reply on the front page. Rottenberg, whose whole reason for running the paper was to print controversial articles and their responses, refused to do it. He didn’t want to be seen as “giving in” to the people who had stormed his office.

In another chapter, Rottenberg recounts a boycott campaign against The Welcomat by many Catholic churches because an article by an architecture graduate student referred to a statue of the Virgin Mary outside the Philadelphia Archdiocese headquarters as “Metal Mary.”

Several advertisers did pull their ads out of the paper in protest, but other business owners placed new ads in the paper to support Rottenberg, who often ran contrarian essays that were critical of widely held orthodox views on many subjects.

There is one instance, however, where Rottenberg does later admit that he made a mistake - and even apologized.

The chapter called “A Storm over Sexual Assault” chronicled a 2011 episode about an opinion piece in the Broad Street Review, an online forum he started in 2005. In it, he commented about the way some women dress that prompted thousands of comments.

When he did eventually issue an apology, some readers criticized him for “giving in.”

For more information, visit danrottenberg.com. Dan's books are all available on amazon.com. Len Lear can be reached at lenlear@chestnuthilllocal.com