New York quartet is 'therapy for the soul'

The Chestnut Hill Community Association’s Pastorius Park Summer Concerts series will conclude July 27 at 7:30 p.m. with a performance by The Ulysses Quartet.

New York quartet is 'therapy for the soul' 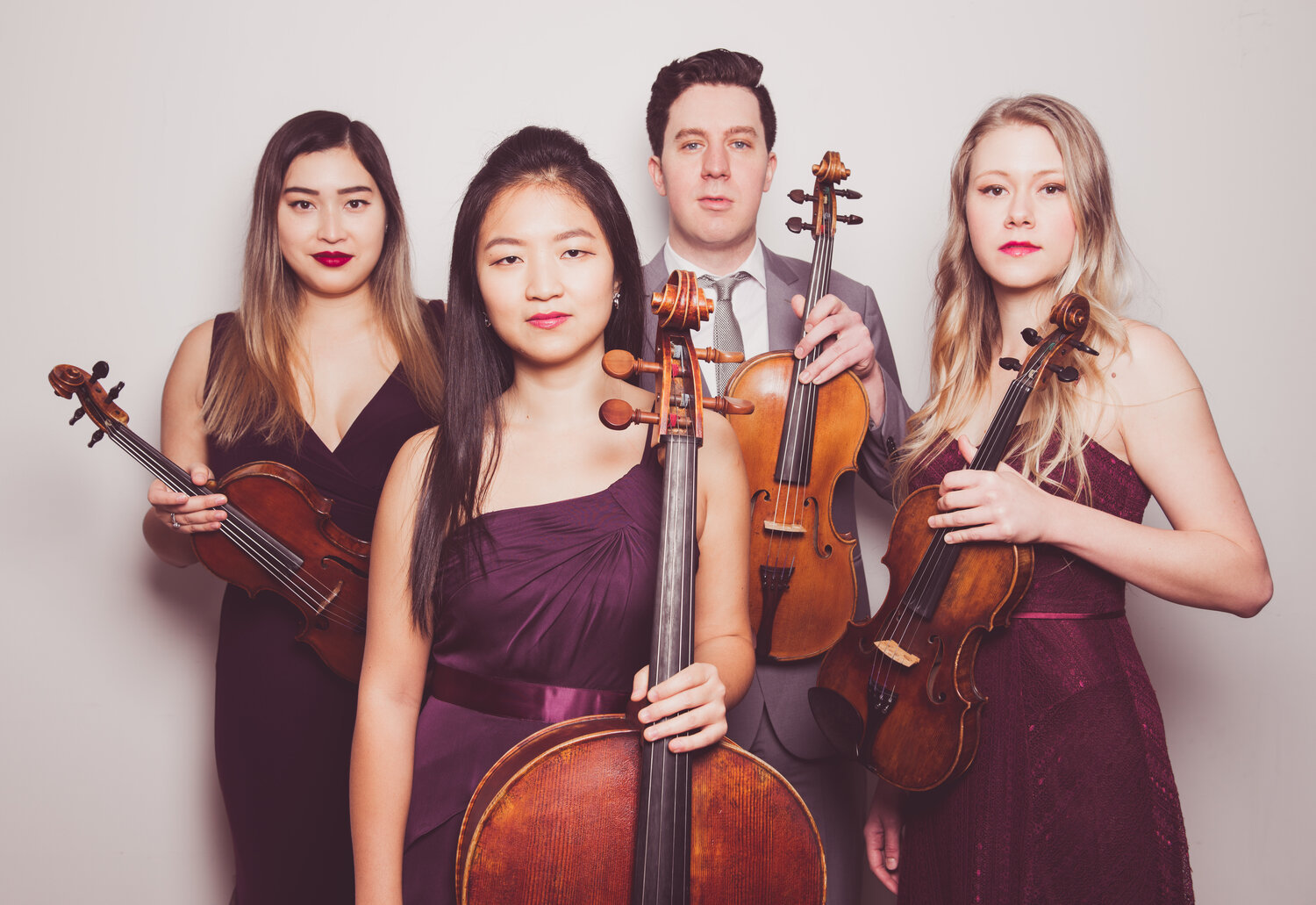 The New York-based Ulysses Quartet will be making their first appearance in Philadelphia at the final performance of the Chestnut Hill Community Association’s Pastorius Park Summer Concert Series on July 27 at 7:30 p.m. The event is sponsored by Chestnut Hill Hospital.
Posted Thursday, July 21, 2022 12:00 am
by Tom Beck

The Chestnut Hill Community Association’s Pastorius Park Summer Concerts series will conclude July 27 at 7:30 p.m. with a performance by The Ulysses Quartet, a group of New York-based chamber musicians. The series is sponsored by Chestnut Hill Hospital and attendance is free.

In the quartet’s seven years of existence, they’ve earned quite the accolades. The group was crowned gold medalists in the senior string division of the 2016 Fischoff National Chamber Music Competition, won first prize in the 2018 Schoenfeld International String Competition, and in 2017 won first in the American Prize and won second prize at the Osaka International Chamber Music Competition. But one of the hardest things they ever had to do was name themselves.

Brookes was in the middle of reading “Gods and Generals,” a 1974 Pulitzer Prize-winning novel about the Civil War. Inspired by eventual President Ulysses S. Grant’s role as commanding general for the Union Army, Brookes suggested the Ulysses Quartet in a phone call to violinist Christina Bouey, who just so happened to be driving through the Finger Lake town of Ulysses, N.Y., at the time.

“It was fate,” Bouey told the Local.

“She didn’t have an option,” Bouey said playfully. “I told Grace she’d be in the quartet.”

It took longer to settle on the fourth member, violinist Rhiannon Banerdt.

“We wanted somebody who would be just as dedicated to chamber music as we were,” Bouey said.

The Pastorius concert will be Bouey’s and Brookes’ first ever performance in Philadelphia.

“There’s so many great musicians that come from Philly and who studied in Philly,” Brookes said. “After a while both cities start to cross pollinate and you meet people from other cities. We know a lot of people from Philly who moved to New York and vice versa. Philly is so rich with classical music and a very high level at that.”

Bouey said that she has “a lot of respect for [Philadelphia’s] classical music scene” which will be “really exciting to break into.”

The atmosphere of a Ulysses Quartet performance depends on where they are, Bouey explained. The night before the Local’s interview with Bouey and Brookes, the quartet had performed in Highlands, N.C., at an event called “Martinis and Mozart.” The band performed Max Richter’s “On the Nature of Daylight,” a “heart-wrenching” number written in 2003 as a protest to the Iraq War, Bouey said, and at the end of the performance, the audience didn’t clap.

“You just had silence,” she recalled. “I thought that was beautiful. The mood was so right and we all felt that together. It’s a reminder of how important the arts are and why we do what we do.”

A large part of the quartet’s vision, Brookes said, is to “create deep connections with the audience.

“That starts with the audience being open and comfortable with us,” he continued, “and also finding a way to create that electricity and excitement and heartfelt spontaneity.”

Bouey called the energy at the quartet’s shows “incredible” ever since the pandemic.

“We were playing 80 to 100 concerts a year, individually and with the quartet, so to have that cut out from your life is crazy,” she said. “When we were back, it felt incredible. Emotions were high, and I feel like because of what everybody had to go through we treat each performance with so much energy and love and we’re so happy to be back.”

For Bouey, performing live is about providing an escape for the audience.

“The hope is that we can take them out of their everyday lows of life and worries and transport them somewhere else so they can have a night off from what they have to deal with,” she said. “It’s kind of like therapy for the soul.”