Noah Robbin, 34, native of Mt. Airy, Philadelphia, resident of Ellwood City, PA passed away beside his beloved wife, Stacy Stahl on June 20, 2019, after a year-long battle with cancer. Noah was a … 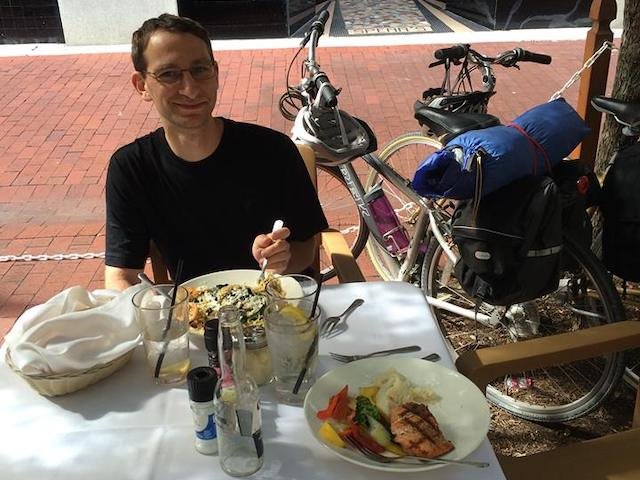 Noah Robbin, 34, native of Mt. Airy, Philadelphia, resident of Ellwood City, PA passed away beside his beloved wife, Stacy Stahl on June 20, 2019, after a year-long battle with cancer. Noah was a highly-regarded principal software engineer with a successful career for companies, including Cisco Systems, Google, Blue Coat Systems and Symantec. He graduated from the University of Pennsylvania in 2007 with a B.S.E. in Electrical Engineering and a Minor in Mathematics. In 2012, he earned a Master’s Degree in Electrical Engineering from the University of Pittsburgh. Noah was always curious, and he never stopped learning. By age 4, he seemed to have the wisdom of an adult who understood why life is beautiful. He wore a permanent half grin as he observed the world, sized it up, and relished life’s irony. Besides being a gifted engineer, he was trained in American Sign Language, earned his 2nd degree black belt in aikido and became a Penn State Master Gardener. He was also a hobbyist beekeeper and typewriter collector. He was certified in U.S. sailing as a small boat sailor. Before marrying Stacy in 2012, he lived and worked in Boston. There, he was a passionate teacher who volunteered weekends at the Boston Museum of Science. One of his most prized possessions was a PDP-8 computer. He was so proud that the same computer was on display at the Boston Museum of Science and used it as a reference point to teach children about the history of computers. Noah and Stacy met in 2009 at Journey’s End Farm Camp in Newfoundland, Pa. Noah attended the camp as a child and became a counselor as an adult. Stacy was the camp nurse that year. They bonded almost immediately and dated long distance before both attending graduate school in Pittsburgh. After marrying, they moved to Ellwood City in 2013. Noah and Stacy enjoyed spending weekends and evenings gardening, cooking and taking walks. Noah officially became a Master Gardener in October 2018, months into his battle with cancer. Despite his cancer, he helped to establish a colorful, bountiful flower garden at the Pittsburgh Circle Park in Ellwood City. Noah is survived by his wife, Stacy Stahl as well as a loving, extended family. His mother, Deborah Bakan and sister, Sarah Hollister both still reside in Mt. Airy. Noah attended Greene Street Friends and Germantown Friends High School. A memorial service for Noah will take place at 3 p.m. on August 3rd at Germantown Friends Meeting House, 31 West Coulter St., Philadelphia.