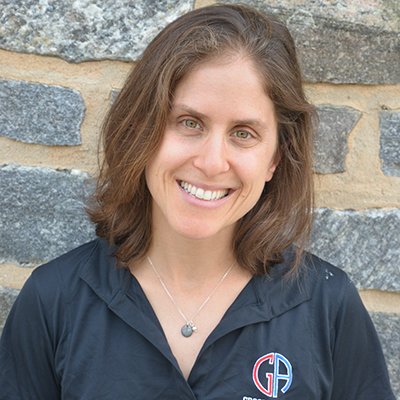 Mt. Airy’s Abigail Perkiss has written extensively over many years about the carefully planned racial integration of Mt. Airy after World War II, which has been labeled “a national model.”
Posted Wednesday, September 14, 2022 12:00 am
by Len Lear

If you want to know anything about the history of Mt. Airy, ask Abigail “Abby” Perkiss, author of the highly-acclaimed “Making Good Neighbors: Civil Rights, Liberalism and Integration in Post-War Philadelphia,” her 2017 book about the planned integration of West Mt. Airy during the post-World War II era.

The book was an outgrowth of Perkiss' doctoral dissertation, which focused on the efforts toward planned racial integration in the latter half of the 20th century, using West Mt. Airy as a case study, one that presents a complex view of the community that also considers the impact of economics.

“The topic allowed me to combine my interests in urban, racial and legal history,” said Perkiss, who earned a joint law and doctoral degree in history at Temple University.

Her most recent work includes a chapter in “If There is No Struggle, There is No Progress: Black Politics in Twentieth-Century Philadelphia.” That book, co-edited by James Wolfinger and just released by Temple University Press, examines how Black activism helped shift Philadelphia from the Republican machine to a Democratic machine, starting in the 1950s. The book highlights the election of politicians such as Mt. Airy's Robert N. C. Nix, Sr., the first African American congressperson from Philadelphia.

“Jim (Wolfinger) and I had worked together previously on projects related to Philadelphia history,” said Perkiss, who is starting her 13th year as an associate professor of history at Kean University of New Jersey. “When he approached me about this new project, I was eager to take part. He asked me to draw on my work on Mt. Airy.”

Although it is a departure from her exhaustive research into Mt. Airy history, the prolific local author and professor’s other new work, “Hurricane Sandy on New Jersey's Forgotten Shore" is an outgrowth of an oral history project that Perkiss and her students undertook from 2013 to 2016 to document the relief and recovery efforts on New Jersey's Bayshore after Hurricane Sandy.

Perkiss' parents both grew up in West Oak Lane. She was born in Germantown, and lived in Mt. Airy from the age of one to nine, and then her family moved to Elkins Park. She moved back to Mt. Airy as an adult graduate student in 2004. A couple years later, her parents followed her back to the neighborhood, where she lives with husband, Brent, a member of the upper school history department at Germantown Academy, and their two children, Zoe and Simon.

In a previous interview with the Local, Perkiss said, “Even as a 5-year old, I recognized that race matters in our society and in our world and that it was treated differently in our community than in other places. I remember having conversations with my parents about that. I knew that people treated Mt. Airy with white gloves in a very laudatory way. It was a precious place for a lot of people. As a child, I couldn’t put my finger on why it was precious. I just knew it had that mythos to it.”

Interestingly, even though Perkiss (and many other observers over the years) have praised Mt. Airy's "experiment in integrated living” as “quite extraordinary,” her nuanced analysis also calls it "limited in scope and vision.”

When asked last week to explain what she meant by those words, Perkiss said that while community leaders in Mt. Airy took extraordinary steps to keep the neighborhood racially diverse, going so far as to knock on doors to sell the idea of integrated living, they didn’t take class into account.

“That vision for change was limited – or, perhaps, a better word is ‘tempered’ – in that it was still rooted in the idea that for the neighborhood to be desirable, it needed to be exclusive in another way – by class,” she said. “Their model of integration was complicated. They created a system of race-based inclusion grounded in a de facto class-based exclusion, welcoming in Black homeowners with similar levels of education and comparable bank accounts.”

Perkiss' books are available from online retailers and can be ordered by Northwest Philly bookstores. Len Lear can be reached at lenlear@chestnuthilllocal.com