Pennsylvania Labor and Industry Secretary Jennifer Berrier visited The Night Kitchen Bakery & Cafe in Chestnut Hill June 9 to promote raising of the state’s minimum wage, which is currently at the federal minimum of $7.25 an hour. The wage hasn’t been raised since 2009. 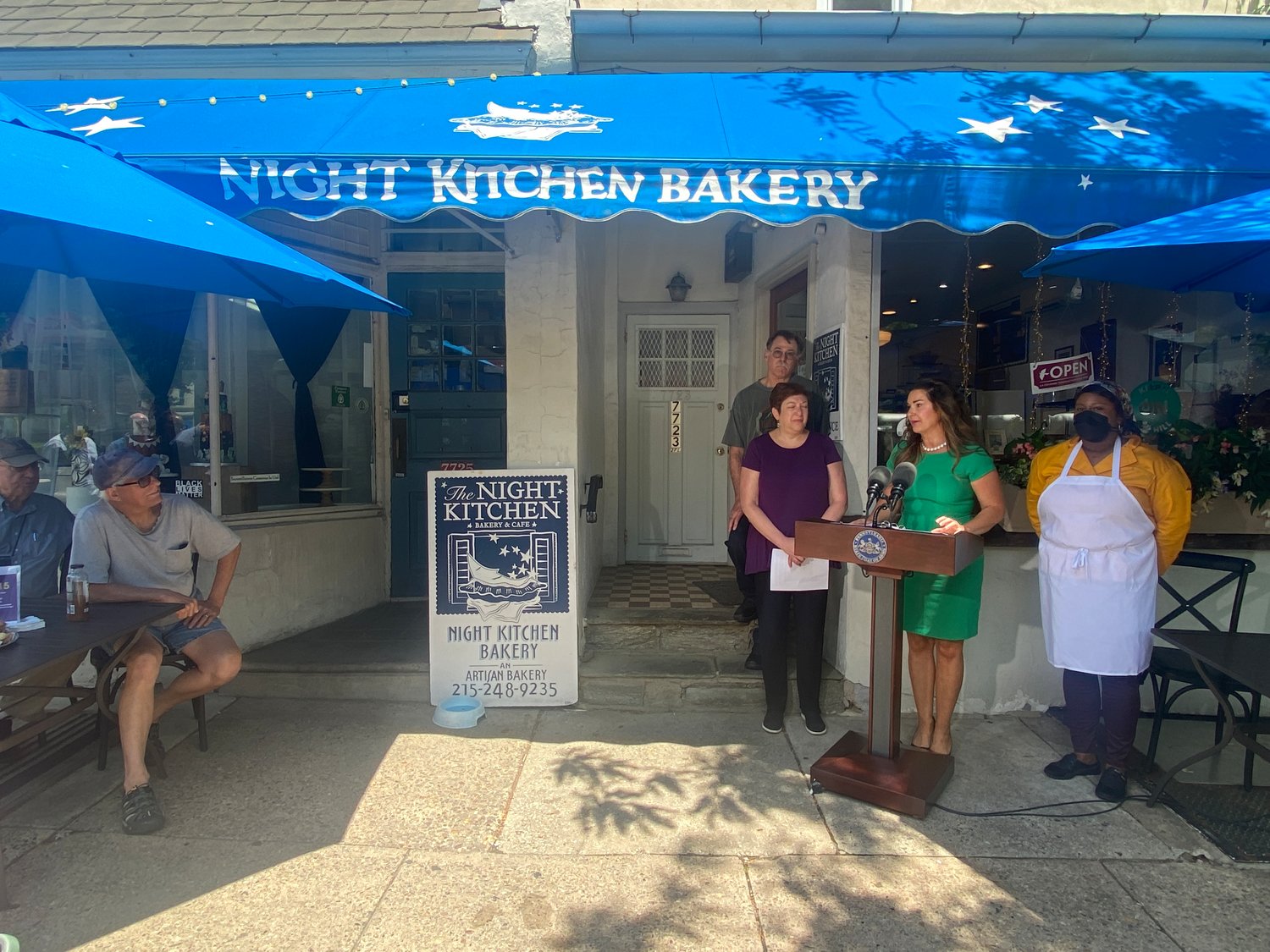 Pennsylvania Labor and Industry Secretary Jennifer Berrier visited The Night Kitchen Bakery & Cafe in Chestnut Hill June 9 to promote raising of the state’s minimum wage, which is currently at the federal minimum of $7.25 an hour. The wage hasn’t been raised since 2009.

Berrier spoke in support of Gov. Tom Wolf’s proposal to increase Pennsylvania’s minimum wage to $12 an hour by July 1, and incrementally raise it to $15 by 2028.

“Right now, Pennsylvania's embarrassingly low minimum wage allows for the legal exploitation of workers in the state,” Berrier said at the event. “That pay is outdated, embarrassing and, quite frankly, offensive.”

Berrier compared the state’s minimum wage to New Jersey’s, which is currently $13 per hour - nearly 80% higher than Pennsylvania’s. In fact, 30 states, including all six of Pennsylvania’s neighboring states, have minimum wages above $7.25. A Pennsylvania minimum wage worker who works 40 hours a week for 52 weeks a year would earn only a little more than $15,000 annually, Berrier said.

“And that's before taxes,” she said. “How is it even remotely fair?”

According to the Center for Economic Policy and Research, if the minimum wage in 1968 had kept up with inflation, it would be about $21.50 today.

Amy Edelman, who co-owns The Night Kitchen with her husband, John Millard, and pays her employees about $15 per hour on average with benefits, said she hosted the event because when people earn more, they have more money to spend.

“Workers are also customers,” Edelman said. “When the minimum wage goes up, workers have more money to spend at businesses like ours.”

“Raising Pennsylvania's minimum wage to $15 an hour will be good for my business and our economy,” Edelman said. “As a small business owner, I know we need to raise the minimum wage, and that raise is long overdue.”

Berrier said there are several pieces of legislation currently in the state’s general assembly that would raise the rate.

“The passage of one of those bills … would put $3.3 billion into the pockets of workers within the first year alone,” she said. “Gov. Wolf is ready to sign these bills as soon as they hit his desk. It is imperative that leaders in both chambers move with urgency to pass this legislation and show that we care about workers in Pennsylvania.”

Those bills have largely been opposed by Republicans in Harrisburg.

“While I support workers receiving family-sustaining wages and benefits in safe workplaces, the governor’s proposals are nothing more than costly, bureaucratic mandates that ignore the rising wages and workplace standards that we have been seeing for some time in a competitive jobs market,” said State Sen. Camera Bartolotta, whose district includes residents from Beaver, Greene and Washington Counties in Southwest Pennsylvania. “This ill-conceived policy will stop meaningful projects that could create numerous jobs that pay well in our communities from ever receiving state funding. The governor’s executive order and call for legislative action merely seeks to push the policy agenda of his administration and political allies at the expense of job creation and what’s best for the Commonwealth.”

Bartolotta’s comments were echoed by Senate Majority Leader Kim Ward, who also represents a district in Southwest Pennsylvania in Westmoreland County. According to the Delaware Valley Journal, she called Wolf's efforts to raise the minimum wage “a ruse that further opens the door to executive branch overreach, crushes small businesses, and generates greater confusion for employers to keep their employees employed and safe.”

Edelman, however, said she thinks that “businesses do better, working people do better and customers are happier” when employees are paid what she described as decent wages.

“Let's take action now,” she added. “We're all better off when employees have a fair piece of the pie.”