The proposed map has also raised the eyebrows of many Chestnut Hillers, more than 300 of which have signed a petition to keep Chestnut Hill and Mt. Airy intact. 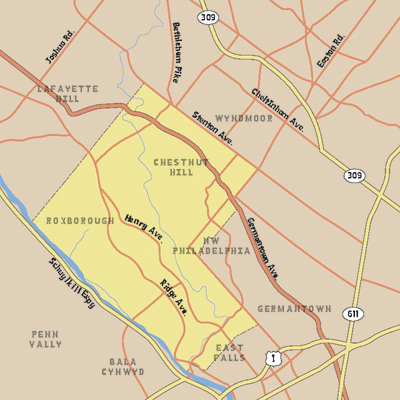 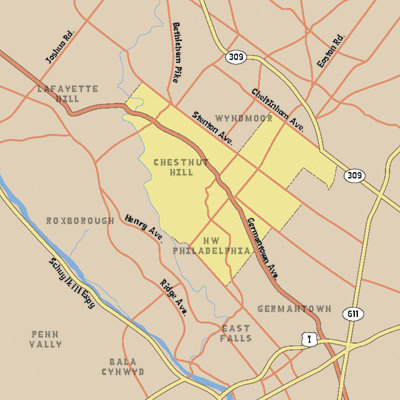 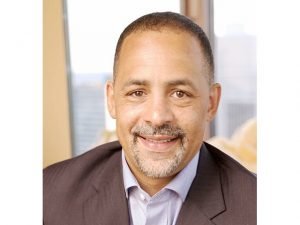 If a preliminary map released by the Pennsylvania Legislative Reapportionment Commission becomes final, the entirety of Chestnut Hill would no longer be grouped together with the entirety of Mt. Airy in the same State House district for the first time since the 2000s, back when the eastern and western sides of both neighborhoods were, for the most part, in separate districts.

The proposed map has raised the eyebrows of many Chestnut Hillers, more than 300 of which have signed a petition to keep the two “communities of interest” intact.

“It’s just a simple walk across Cresheim Valley Drive,” Chestnut Hill resident Hillary O’Carroll said of Mt. Airy. “If I can’t find something in Chestnut Hill, I can find it in Mt. Airy, but I never go to Manayunk and I never go to Roxborough really. I don’t really know anybody in Roxborough or Manayunk.”

The preliminary map released last month is drawn along ward lines. Currently, Chestnut Hill’s 9th ward is in the same State House district as Mt. Airy’s 22nd ward. But the LRC’s proposed map would change that by instead lumping the 9th ward in with Roxborough’s 21st ward.

As a result, Democratic incumbents Chris Rabb and Pam DeLissio, who represent 200th and 194th State House districts respectively,  would be forced to run against each other in a primary election. University of Pennsylvania nursing PhD student Tarik Khan, who already declared his candidacy to run against DeLissio in the 194th, would make it a three-way race.

Rabb and DeLissio would be the only pair of Democratic incumbents to run against each other in the entire state.

According to Spotlight PA, the demographics of Chestnut Hill’s State House district would shift dramatically. The current district is 64% Black, and if it joins with Roxborough it would only be 14% Black. The white population, instead of being 26%, would go up to 76%.

“This preliminary map needlessly breaks up a community of interest, namely, a long-standing racially integrated neighborhood that I call home, but will no longer be able to serve fully going forward if the preliminary map is finalized,” said Rabb in a statement to the Local.

In interviews with the Local, several sources wondered whether the state’s relatively centrist Democratic Machine had influenced the map to force Rabb and DeLissio, both of whom have a progressive streak, to run against each other.

One of them was City Councilmember Cindy Bass. Bass, who is also the Democratic leader of the 22nd ward - the one slated to be dropped from Rabb’s district - called the map’s outcome “something that was not necessary.”

“It appears to me that this was some political payback of some sort or just an intention to get rid of either Chris Rabb or Rep. DeLissio,” she said. “As a ward leader, I’m deeply disappointed in this outcome. I think the way it's crafted now, [Rabb] is clearly intentionally displaced which is really more about politics. But it affects an entire community of people.”

One nonpartisan organization trying to make sure the state’s redistricting is transparent and impartial is Fair Districts PA. Its chair, Carol Kuniholm, told the Local that “there’s no compelling reason to put those two incumbent candidates in the same district” because “that population hasn’t shifted.”

Justin Villere, Managing Director of the Committee of Seventy’s Draw the Lines project, which describes itself as a “nonpartisan resource for Pennsylvanians who want to end gerrymandering,” has a similar but different take. When the Local asked Villere if he felt the districts were drawn fairly, he said it “depends.”

From a neighborhood standpoint, he said, the map doesn’t make sense because it logically makes more sense to put Chestnut Hill with Mt. Airy.

“That Wissahickon Gorge boundary is a pretty natural dividing one [between Chestnut Hill and Roxborough],” Villere, a former Roxborough resident, said. “You go across it and those are different communities.”

But from a “compactness” standpoint, Villere said, it does make sense.

“It cleans up [DeLissio’s current district], which wound its way through a number of neighborhoods,” he said. “This new map cleans up that shape, but it does seem to come at the expense of some of those communities of interest that might want a different map.”

For that very reason, many from Roxborough actually welcome the change, since it would mean that the neighborhood's district would no longer have to include parts of Montgomery County.

“This is what the district should look like,” Louis Agre, the Democratic leader of Roxborough’s 21st ward, said of the preliminary map. “We don’t want to be sharing a district with Montgomery County, which we have nothing in common with. They have different interests and different problems than we do in the city.”

Some are wondering whether it would be possible to draw the districts in a way that puts Chestnut Hill with Mt. Airy and also keeps Roxborough from having to share a district with suburban Montgomery County.

The answer to that question, evidently, is yes, because that’s precisely what Fair Districts PA was able to do. The organization created its own map, called the People’s House Map, which incorporated feedback from residents to generate what it feels is a fair outcome for all Pennsylvanians.

Kuniholm said that making a fair map starts with making sure the state constitution’s criteria are met, which includes keeping districts compact and contiguous with as few splits between cities, municipalities and wards as possible.

But “those criteria create a floor of standards for a voting map to meet, not the ceiling,” argued Committee of Seventy president and CEO David Thornburgh in a testimony before the state’s Legislative Reapportionment Committee on Thursday. “There are additional criteria that are just as important to many Pennsylvania voters, and in fact the process outlined by the Constitution that you are following is intended to capture that very feedback.”

Thornburgh said that a “fairly clear consensus emerged” about what those criteria were among the 1,500 people who participated in Committee of Seventy’s Draw the Lines project.

“The top three values our mappers prioritized,” he said, “were compact districts, competitive elections and honoring communities of interest.”

“It has to protect communities of interest and not split up neighborhoods and municipalities to the extent possible,” he said. “That’s one of the many factors that determines a fair map.”

Despite some of her qualms with districts in the Northwest section of Philadelphia, Kuniholm has a net positive opinion of the preliminary State House map as a whole.

“These maps are by every metric much more fair in terms of compactness,” she said. “In the last two decades we’ve had maps with extreme partisan bias in favor of Republicans. This map is much more even.”

For that reason, Republicans, predictably, are not happy. Not long before the Local’s print deadline, State House Republicans moved to pass a hail mary piece of legislation that would seek to maintain their power over drawing districts in the state by amending the state constitution. The legislation would create a redistricting commission to create new maps and allow lawmakers to approve or reject the maps it proposes.

“He’s very fair,” she said. “He really wants to hear from communities.”

Ditto for Rabb: “How the commission operates has impressed me,” he said. “But it doesn’t make them perfect.”

Kuniholm noted that some of the Philadelphia map’s issues could be attributed to Nordenberg being unfamiliar with the area.

“He and his mapper live in Pittsburgh,” she said, “which is why it's possible they really don’t know that area.”

The state is currently in a 30-day public comment period, which ends Jan. 18. Pennsylvanians can submit feedback on the map by visiting redistricting.state.pa.us/comment.

It’s unclear how much the final map is expected to look like the preliminary map. Agre thinks it will be similar.

“I expect it to be the final map,” he said. “Any changes in the map would disrupt the southeastern Pennsylvania redistricting and you can’t just move one thing without it affecting every district around you. I would be shocked if this moved.”

“By all accounts what has been produced so far is not going to be the map that will be anywhere near considered, I believe, by the governor,” she said in a Zoom town hall meeting last week.

In a statement to the Local, Khan said that he “wasn't anticipating the changes that are reflected in the preliminary maps” when he decided to run.

“However,” he continued, “I respect how incredibly difficult redistricting the entire state is and commend the work of our legislature to take necessary steps to create maps that more accurately represent our population. Across Pennsylvania, Democrats now have a fair and fighting chance to pick up seats and subsequently pass progressive legislation. I'm excited at the opportunity to potentially be a part of that future."

Once the 30 day public comment period ends on Jan. 18, the commission will have 30 additional days to create the final map, DeLissio explained. After that, there’s an additional 30-day period to allow for legal challenges against the maps.

“Ultimately,” said Villere, “these maps are owned by the voters.”