After meeting a degree of resistance from Bensalem High School in the first of its summer league basketball games last week, Germantown Academy took control of its second contest very quickly. 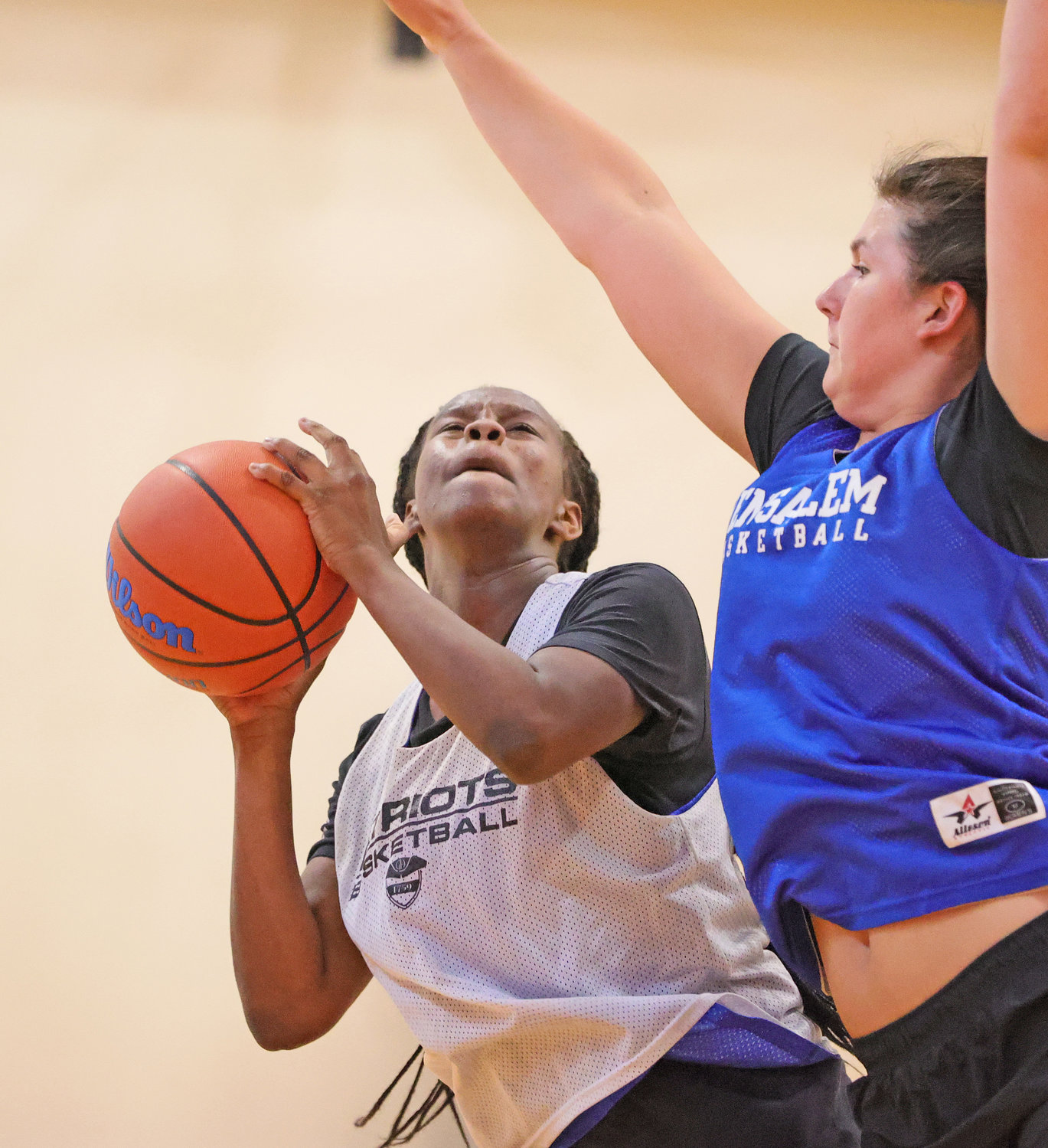 The Patriots' CeeJay Thomas (left) concentrates on getting off a shot against a Bensalem defender.
Photo by Tom Utescher 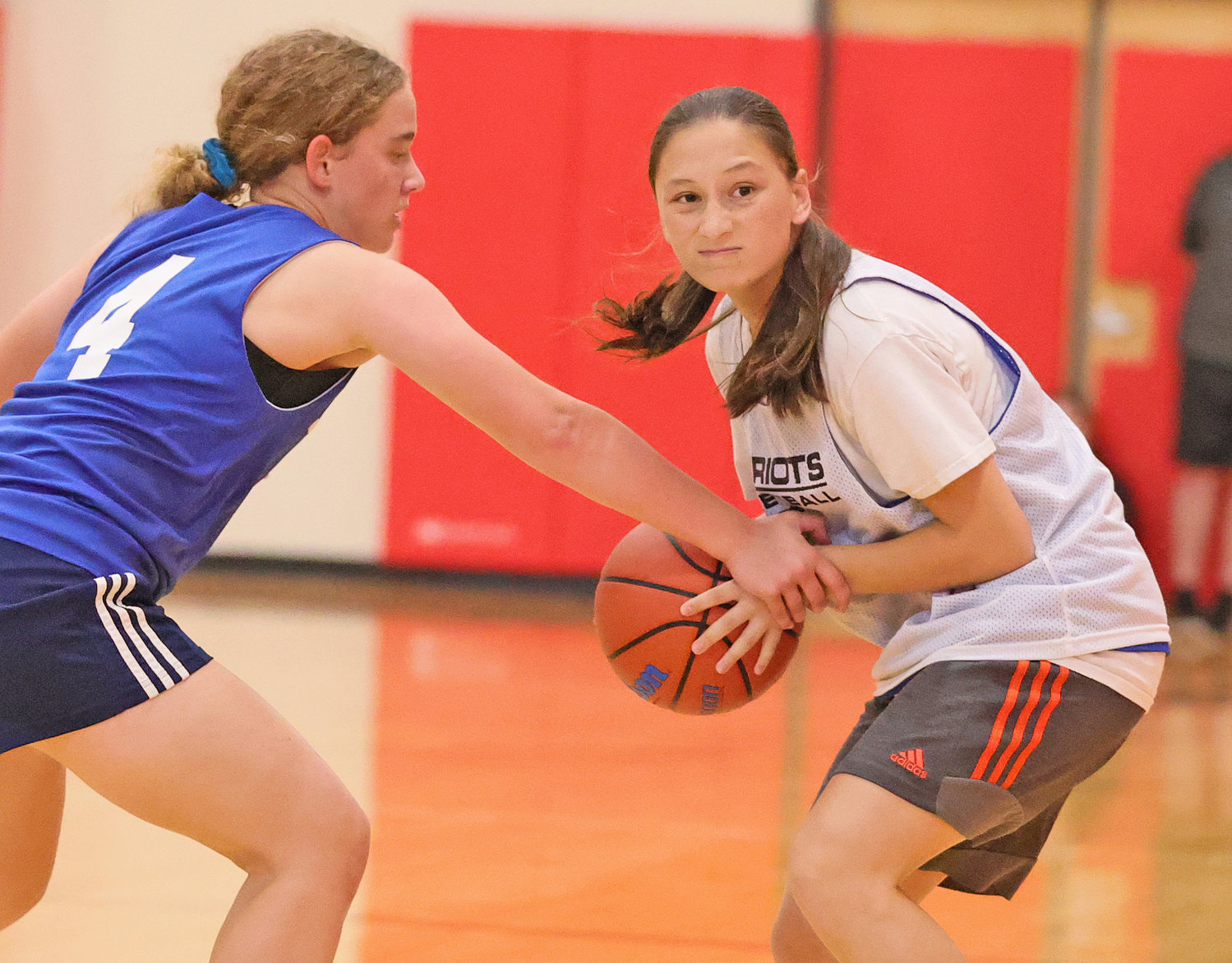 Jennifer Fox (right), a GA freshman, is fouled by an opponent trying to strip the ball away from her.
Photo by Tom Utescher
Previous Next
Posted Wednesday, July 6, 2022 12:00 am
by Tom Utescher

After meeting a degree of resistance from Bensalem High School in the first of its summer league basketball games last week, Germantown Academy took control of its second contest very quickly.

The Patriots went ahead of the Bensalem Owls by 10 points in the first half, and GA maintained roughly the same margin through much of the second period, winning 37-27.

Facing the Panthers of William Tennent High just after that, Germantown broke on top, 10-2, and proceeded on to a 52-19 victory, boosting its record in the league to 6-0.

The Patriots started out against Bensalem with lay-ups by rising juniors Sam Wade and Izzy Casey. Their classmate Jessica Aponik canned a three-pointer, and as sophomores Gabby Bowes and CeeJay Thomas also found the basket, GA led 11-7 midway through the first period.

Casey, Wade, Thomas, and Bowes then combined for an 8-0 run to make it 19-7, and there was a 10-point gap at halftime after the Owls scored on a drive. Aponik's twin sister, Jenna, hit a three-pointer early in the second half and the Pats picked up some field goals from closer in, but Bensalem netted three treys and was back within single digits of the leaders (29-20) a little past the middle of the second half.

The Owls never got closer than eight points, though, and the winning margin for Germantown was 10 points (37-27) as Bowes finished with eight points and Casey and Aponik each scored seven.

GA had cruised through much of the contest, and the second game started out at the same leisurely pace as the Patriots edged ahead 6-2 over the first five minutes. When incoming freshman Anna Weber scored in transition the Pats began to pick up the pace. By halftime, Casey had eight points on record and Wade had seven to help put GA in control, 24-6.

Another new ninth-grader, Addie Levensten, had her motor revved up, playing tough defense and assisting her teammates on transition baskets. She began to score herself after the intermission, and registered eight points in the second half.

All three freshmen ended up in the scoring stats once Jennifer Fox (who came up through GA's middle school) hit a three-point shot from the left wing late in the game. Senior guard Abby Marino deposited all of her three field goals for the night during the second half.