Not merely content to follow the outward forms, Mason Bates voiced his “Piano Concerto” as a compendium of the history of classical music. 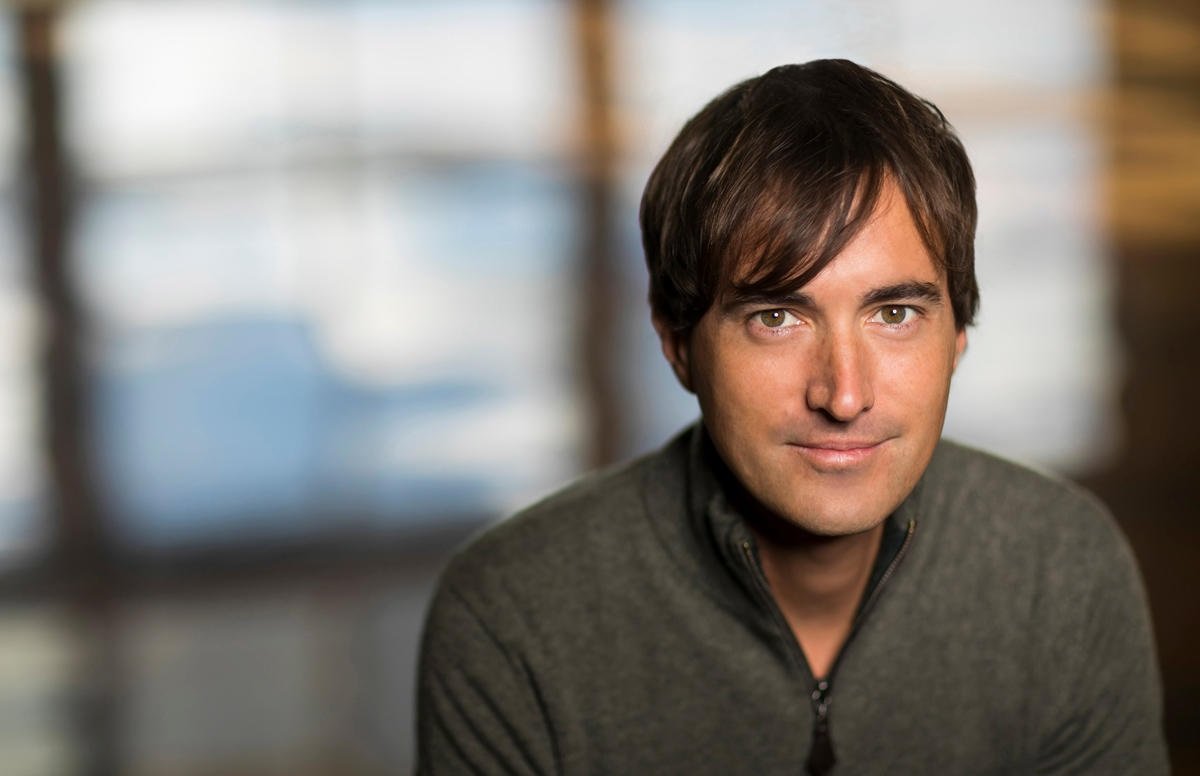 Mason Bates, whose “Piano Concerto” was performed by the Philadelphia Orchestra. 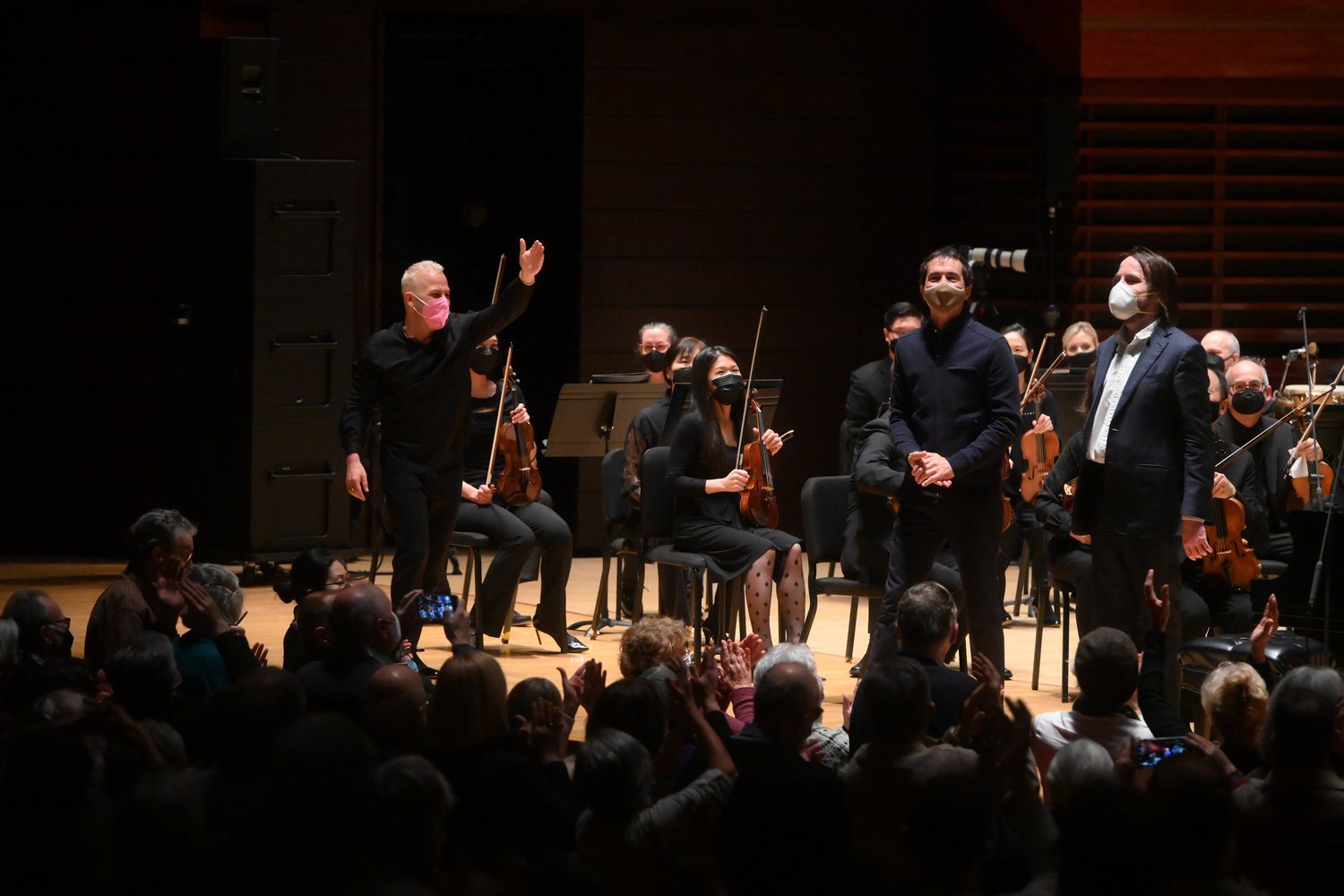 His “Piano Concerto” is divided into the traditional three movements: fast-slow-fast. Not merely content to follow the outward forms, Bates voiced his new work as a compendium of the history of classical music, beginning at the beginning with plainsong and ending with modern jazz inflections. The first movement speaks in the medieval modality still employed by Renaissance composers of popular madrigals. The second movement breathes the lyricism of post-romanticism. It may not quite hit the mark as a natural successor to Rachmaninoff’s “Rhapsody on a Theme of Paganini,” but it glows with an inner beauty that radiates an unaffected warmth of spirit. The “Concerto” closes with a scintillating scamper along the beguiling pathways of jazzy minimalism.

With music director Yannick Nezet-Seguin on the podium and Daniil Trifonov the featured soloist, Mason Bates’ “Piano Concerto” received a convincing reading that was rewarded with a stirring ovation.

The program’s second half was devoted to one of the staples of the Philadelphia Orchestra’s repertoire: Rimsky-Korsakov’s spectacular “Scheherazade.” In the hands of previous music directors Leopold Stokowski and Eugene Ormandy, the ensemble’s famous “Philadelphia Sound” was displayed at its most distinctively shimmering and sumptuous. The composer called upon all sections of the orchestra to step forward to dazzle the audience, and those two maestros unfailingly met that challenge with peerless imagination, breath-taking intensity and sweeping momentum.

Although I’m certain that Nezet-Seguin’s interpretation of “Scheherazade” will both deepen and broaden as he conducts the Philadelphians in its myriad tonal narrative over the coming season, Sunday afternoon’s rendition was telling in its careful preparation and rhythmic vitality.

Having read in the “Playbill” booklet that Eugene Ormandy and the Philadelphia Orchestra had recorded “Scheherazade” four times between 1947 and 1972, I dashed to my computer once I got home Sunday evening and tapped into “YouTube” to see what was available online. Lo and behold, there’s a 1978 “live concert movie” of Ormandy and the Philadelphians performing Rimsky-Korsakov’s masterpiece in the Academy of Music, the Orchestra’s beloved former home.

There’s Ormandy and his Orchestra in full formal attire on the stage of the Academy. The house is full and in complete darkness, as was the case in those days, regarding both attendance and lighting. The Maestro stands ramrod straight despite his 79 years, and he conducts the score from memory.

Not a single detail of the score seems to have eluded Ormandy’s magisterial gaze. Each and every entrance and cut-off is precisely noted and rendered. Each solo is signaled with aristocratic assurance. Balance is flawlessly maintained and the transparency of texture is immaculate. And oh-my-gosh – those strings are the things of legend. No orchestral string section in recorded history has ever sounded like the Philadelphia’s. And, of course, “present-and-accounted-for” was Ormandy’s justly admired ability to maintain the dramatic arc of the structure of the score from the first note to the last.

The best part of this video is that it proves beyond a shadow of a doubt that those “Fabulous Philadelphians” are not just a figment of a nostalgic imagination. They really were fabulous.

St. Paul’s Episcopal Church, Chestnut Hill, brought the 2021-22 Christmastide season to a close with a service of “Lessons & Carols for the Epiphany” Sunday afternoon, Jan. 16. Parish music director Andrew Kotylo conducted a musical program of eight choral settings and seven congregational hymns to celebrate the coming of the three magi from the East to see the newborn “King of the Jews.”

From the opening 10th century “Introit,” “Jesu dulcis memoria,” through to the final anthem, “O Thou, the Central Orb” by the late romantic Englishman Charles Wood, Kotylo’s choices of carols and motets manifested the unbroken tradition of the music sung by the Church to mark the “Epiphany” – the “manifestation” – of the promised Messiah to the entire world.

In selections either old or new, and sometimes both at the same time, the parish’s superb choristers and schola enhanced the scriptural readings that told the tale. Singing was strong yet nuanced; balance and ensemble were exemplary.

St. Paul’s will host a “Choral Evensong for the Conversion of St. Paul” Sunday, Jan. 30, at 5 p.m. The third installment of “Five Fridays” is set for Feb. 4 at 7:30 p.m. with the Washington Square Trio. For more information visit stpaulschestnuthill.org/music.

You can contact NOTEWORTHY at Michael-causo@comcast.net. To read more of NOTEWORTHY visit www.chestnuthilllocal.com/noteworthy.