For three years, the Philadelphia Lullaby Project has been pairing parents with songwriters to write original lullabies for their babies. 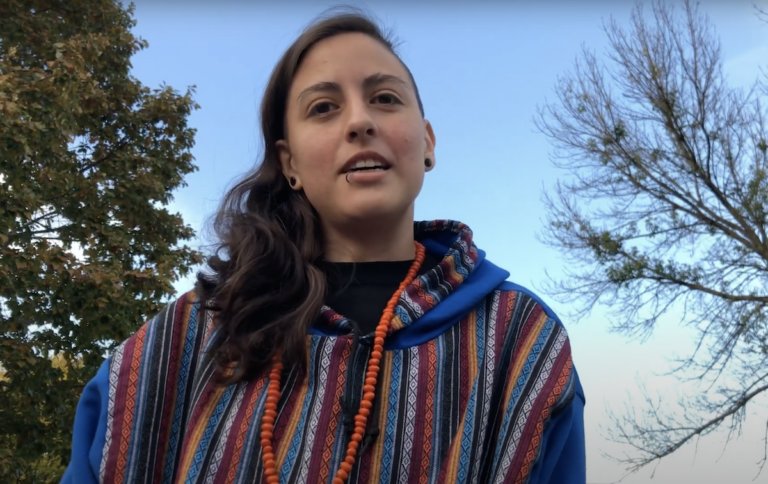 Ximena Violante is a teaching artist with The Philadelphia Lullaby Project.
Posted Thursday, January 12, 2023 12:00 am
by Peter Crimmins

For three years, the Philadelphia Lullaby Project has been pairing parents with songwriters to write original lullabies for their babies.

The group has written and produced about 125 songs. Because the project started almost exactly when the pandemic shutdown started in 2020, many of the songwriting teams never met in person.

But last month, for the first time, singers and an orchestra performed a curated set for a live audience at the Esperanza Arts Center in North Philadelphia.

The Philadelphia Lullaby Project is the local iteration of the national Lullaby Project funded by the Weill Music Institute of Carnegie Hall in New York City. The aim is to strengthen bonds between parents and children through music. The program is active in several dozen locations around the world, including health care settings, homeless shelters, high schools, and correctional facilities.

In Philadelphia, the Lullaby Project partners with community groups, like Catholic Social Services, Jewish Family and Children’s Services, the 11 Street Health Clinic, and the Community College of Philadelphia.

“We’re looking to get really into the neighborhood [for] people who don’t have access to these kinds of programs,” Arellano said.

One of the parents who responded to the call is Nazjah Lloyd, who had twin daughters in 2021. While still pregnant, she began writing poetry about her experiences in motherhood.

When Lloyd had her daughters Adayah and Ava, she knew she wanted to write a song for them, but she didn’t know where to start. As a student studying anatomy and physiology at the Community College of Philadelphia, she didn’t really have the time.

The solution came from the college and the Philadelphia Lullaby Project.

from one small pod

They call you twins

But I just call you mine

Although they appear identical, Lloyd said, her daughters are unique.

“I may dress them the same by accident,” she laughed. “But they have two completely different personalities — night and day. I wanted to make sure that they knew that.”

Although professional singers were scheduled to sing most of the lullabies in the concert, Lloyd planned to sing her own song, with her 1-year old daughters in the audience.

Lloyds said she felt excited and nervous in anticipation of the event. “My main worry is that I do not cry because they’re going to be there,” she said. “I just want to be able to keep it together and perform it. I’ll picture everyone else in their underwear and that’ll be easy. I’ll just sing directly to the girls.”

Cary, a recording artist who performs regularly at the Philadelphia Folk Festival, has been working with the Philadelphia Lullaby Project since it formed. Music has always been her means of expressing very personal stories and feelings; she started writing songs in her 20s as a way to cope with the sudden death of her fiance at the time.

“When this thing came across my inbox, I was like, whoa, this is an amazing idea to help caregivers connect with their young children who might not have this at their fingertips — the ability to tell their story and share the feelings they want to share with their child in song,” Cary said. “There’s no more powerful way to express really big feelings than in music.”

Participating parents do not have to have any musical training or creative background. The process takes about six weeks, starting with parents writing a letter to their child. The teaching artists then use that letter to explore the message the parents want to send, and craft a song around it.

Another teaching artist, Ximena Violante, recalled a recent parent from Nigeria who wanted to send her baby a strong message about having a proper diet.

“It was important for her to pass on to her children the importance of having good food for longevity and good health,” they said. “So that became the chorus of the song. The verses we’re just basically the recipes of how to make jollof rice and fufu, which are two Nigerian dishes.”

Violante is originally from Mexico City and is steeped in the folk traditions of Mexico, normally playing the jarana, a traditional Mexican guitar. They put their own musical influences on the back burner to accommodate whatever the parents want.

Although the mom from Nigeria wanted her song to be about Nigerian food, she was less interested in using Nigerian music. Violante said the mother and child had been watching a lot of YouTube videos by Ms. Rachel, a hugely popular children’s music channel for very young viewers whose songs are often simple and silly.

Another of Violante’s songwriting partners, Sylvia Roldan, is from Ecuador and needed her lullaby to sound like her native country. Roldan’s daughter Amaya, now 2 ½, was born in Philadelphia. The song “Little Luna,” is meant to connect Amaya to her Ecuadorian heritage both in its music — the song is written in a traditional huayno folk style — and in its lyrics, which list Ecuadorian food, songs, and traditions.

“We try through instruments from my country to teach her that she belongs to the culture. Even if she was born here she has a family there that loves her so much,” Roldan said. “I’m trying, through this song, to transmit that to her.”

Over the last three years, there have been seven cohorts of parents and artists in the Philadelphia Lullaby Project, each taking about six weeks to complete a song. Roldan’s song took two sessions to complete, stretched over a six-month period, but still has never met any of the other artists, parents, and babies in person.  Roldan says was looking forward to seeing the babies who have heard her songs at home.