Piffaro, Philadelphia Renaissance Band, closed out its 2020-2021 season of concerts with a “virtual” performance of “Fuguing from Obrect to Bach,” recorded in Christ Church, Christiana Hundred, Wilmington, Delaware. 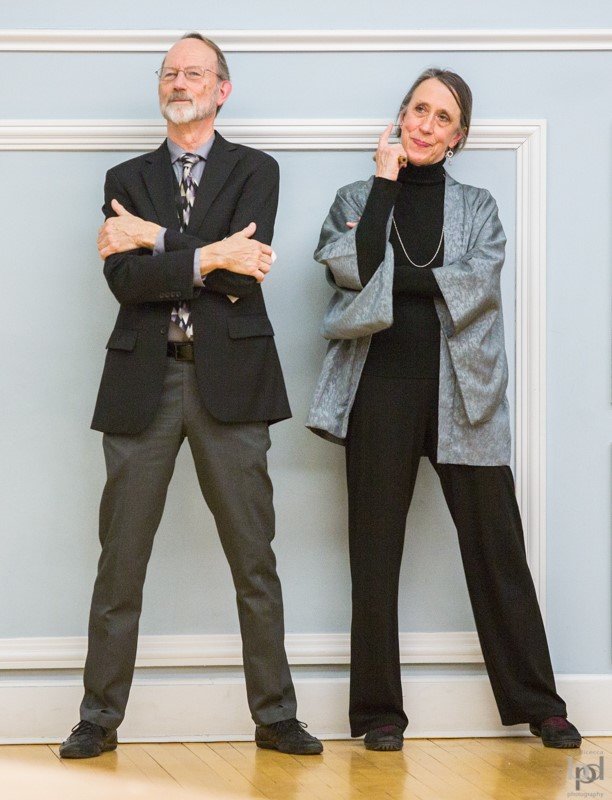 Piffaro, Philadelphia Renaissance Band, closed out its 2020-2021 season of concerts with a “virtual” performance of “Fuguing from Obrect to Bach.” The concert was recorded in Christ Church, Christiana Hundred, Wilmington, Del., and was available online May 28 through June 3.

Prior to the Covid-19 lockdown, the Presbyterian Church of Chestnut Hill was one of Piffaro’s “home venues.” With the gradual return to what we used to consider “normal life,” Piffaro fans like me look forward to the resumption of “in-person” concerts at Chestnut Hill Presbyterian.

The “Obrecht” of the program’s title is “Jacob Obrecht,” the Flemish composer who lived from 1457 or 1458 until late 1505. Along with Josquin des Prez (1450 to 1521), Obrecht was the most famous composer of the middle decades of the Renaissance, writing both secular instrumental and sacred choral music.

From the very beginning of polyphonic music in the late Middle Ages, counterpoint was the preeminent style of composition. Composers combined many levels of related melodic themes one against the other to produce a complex texture of harmonic progressions and motivic development that reached its zenith in the music of Johann Sebastian Bach (1685-1750). From Bach and his contemporary George Frederic Handel (168501759), the Baroque style led directly into the Classical era beginning with Franz Joseph Haydn (1732-1809).

To a great degree, the connecting link through these centuries was contrapuntal technique, displayed in its purest form in the form known as “fugue.” In a fugue, the composer relies almost exclusively on a single principal theme, along with a small number of counter-themes, upon which to build the entire piece.

From the relatively short works of the middle Renaissance, the craft of composing fugues developed into more and more complex works until we reach the monumental Preludes & Fugues for solo organ by Bach. The form was so highly revered that Ludwig van Beethoven (1770-1827) incorporated fugues into his late piano sonatas and string quartets.

For “Fuguing from Obrecht to Bach,” Piffaro enlisted the collaboration of Kleine Kammermusik so that the overall ensemble included a full complement of woodwinds, brass, strings and keyboards (portativ organ & harpsichord). The result was a dazzling series of renditions of music by the program’s two namesakes, of course, but also of scores by Dupres, Festa, Zelenka, Buxtehude, Antegrati, Stoltzer and Schutz. The unbroken continuum of music established an unbroken line of development from the style of the Renaissance – consistent consorts as well as varied instrumental families – to cleverly voiced arrangements of works for other instruments by Bach.

Hearing movements of Bach’s “Goldberg Variations” and “The Art of the Fugue” rendered by combinations of winds and strings was revelatory. The lines of counterpoint that often seem academic when viewed on paper here came vibrantly alive because those individual melodies were sung with lyrical phrasing. Most impressive was the reading given the “Fugue in G minor.” Having played it, myself, on the pipe organ, as well as heard it played by master organists, I was amazed not just by its intricacies but by their incandescent beauty.

Another revelatory moment came with harpsichordist Leon Schelhase’s interpretation of a “Praeludium” by Dietrich Buxtehude. Schelhase’s digital technique was immaculate. Even more memorable, though, was the way he brought out, by dexterously varied touches, the score’s imaginative counterpoint. Rather than sounding like a dry, intellectual exercise, Buxtehude’s handling of fugal development sounded intensely energetic and joyously expressive.

All the musicians of both Piffaro and Kleine Kammermusik invested their playing with the perfect balance between impeccable scholarship and compelling musicianship. Securely based on stylistic integrity, the interpretations danced with high spirits and unadulterated fun. How wonderful it will be when we’re able to hear such fabulous music-making “in-person” once again.

SONG OF THE EARTH

The Philadelphia Orchestra continued its “virtual” concert season with a performance of a reduced arrangement (by Arnold Schoenberg & Rainer Riehn) of Gustav Mahler’s “The Song of the Earth.” Available online May 28-June 3, the concert was conducted by music director Yannick Nezet-Seguin and featured mezzo Michelle de Young and tenor Russell Thomas.

Although the chamber ensemble version of “The Song of the Earth” works surprisingly well for its reduced number of players, it nonetheless fails to evoke the notion of the earth singing. Matters weren’t helped by Nezet-Seguin’s choices of painfully slow tempos for the slower movements, which often brought the music to a leaden halt. De Young’s melodramatic posturing didn’t compensate for her bottled tone and excessive vibrato, but Thomas’ voice rang out with true “heldentenor” splendor.