Schermer said she was incredibly nervous about performing after so many years of not having picked up her instrument. 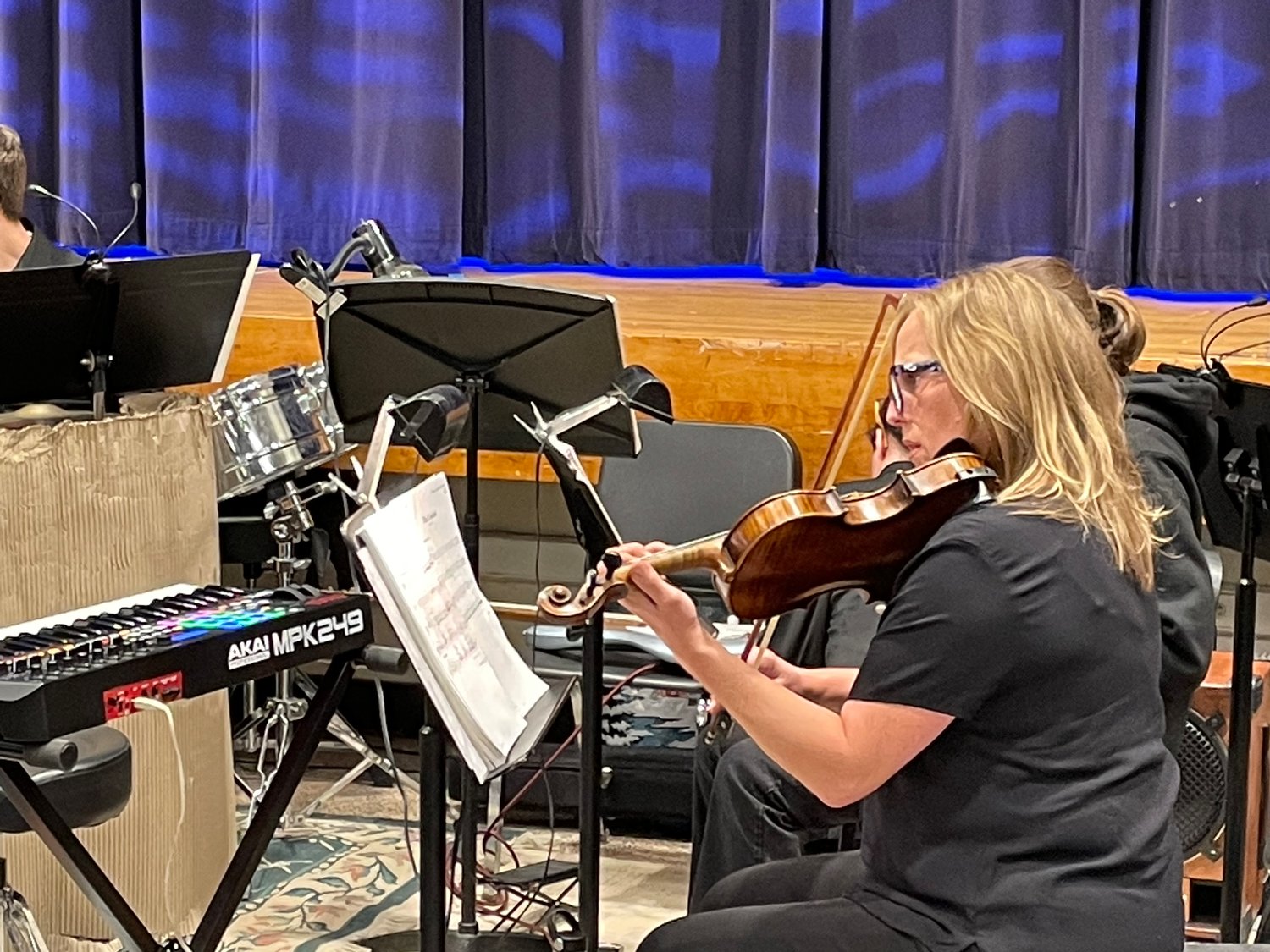 Monika Schermer, owner of Bohemian Pink at 8440 Germantown Ave. and a breast cancer survivor, was a huge hit playing the violin for “The Little Mermaid,” performed by students at Springfield Township High School.
Posted Wednesday, May 4, 2022 11:23 am
by Len Lear

Some readers will no doubt recognize Monika Schermer as the owner of Bohemian Pink, the charming store that sells imported clothing and gifts for women and girls. Her effervescent and friendly personality is familiar to many residents and her fellow shopkeepers.

What they may not know, however, is that she is also an accomplished violinist - and has recently rediscovered her love of the instrument. After brushing up with lots of practice, she recently put her skills to the test - playing in the March production of “The Little Mermaid,” at Springfield Township High School, where her daughter, Nicole, is in ninth grade. (Nicole was not in the musical, but the student who played the lead role of Ariel was Simran Jain, daughter of Chestnut Hill developer Sanjiv Jain).

“It was so much fun,” Schermer told the Local. “I practiced every day for six weeks. The last few weeks it was three to four hours a day.”

Schermer said she was incredibly nervous about performing after so many years of not having picked up her instrument.

So she leaned on Chestnut Hill violin maker Harold Golden, who she described as “a big help.”

“It was exciting to see her get the scales and intonation back under her fingers after so many years of not playing the violin,” Golden said. “Before I knew it, she was playing as if the years away from the instrument were no obstacle; she was playing like a pro.”

Born in Minnesota, Schermer came to the Philadelphia area with her family when she was in elementary school.

She started learning violin in fourth grade in the Radnor School District, from a strict teacher with a Juilliard School pedigree. Schermer graduated from Radnor High School, and then George Washington University in Washington, DC, as an international business major.

She stopped playing music after she got to college, except for the odd holiday performance at Christmas. She was too busy raising kids and getting her business off the ground.

“My kids were always part of musical performances at their school, but I never participated because I was working 12-hour days at Bohemian Pink,” she said.

Shermer has lived in Mt. Airy and Wyndmoor for many years, and has been running her business for much of that time.

She started out selling imported items from the Czech Republic out of her home 26 years ago, calling her business Bohemian Crafts Co., since her family comes from Bohemia, which is part of the Czech Republic. (In France the term “Bohemian” came to be associated with people living an artistic, unconventional lifestyle.)

The family had come to the U.S. in 1968 during the “Prague Spring,” when Soviet tanks crushed a rebellion of the Czech people who were trying to overthrow the communist regime. Schermer is currently a dual Czech and U.S. citizen and her parents spend six months a year in the Czech Republic.

Schermer kept the store going, and growing, eventually opening a brick and mortar store on the Avenue.

But then life threw her a couple of curve balls.

First, the pandemic forced her and all the other store owners to shut their doors, prompting her to keep her business going online. Then, in January of 2021, she found out she had breast cancer.

In addition to chemotherapy, the diagnosis brought her a deep appreciation for the importance of friendship, her extended community, and what really matters in life.

“I had surgery at Chestnut Hill Hospital, and I've been very lucky,” she said. “I am in good health now.

As of late last year, Schermer was healthy enough to reopen her store as a pop-up. It is now open Wednesday to Sunday.

“Actually, it was really nice not to have to work for a while,” she chuckled.

And now that she’s rediscovered her childhood passion, she said, she heartily recommends the experience.

“I just want to keep playing the violin,” she said last week. “I am ready now for a community orchestra. I don't need to take lessons anymore. I just need to practice.”

For more information, call 215-207-8552 or visit bohemianpink.com. Len Lear can be reached at lenlear@chestnuthilllocal.com