Pioneering restaurateur and entertainer dies at 93 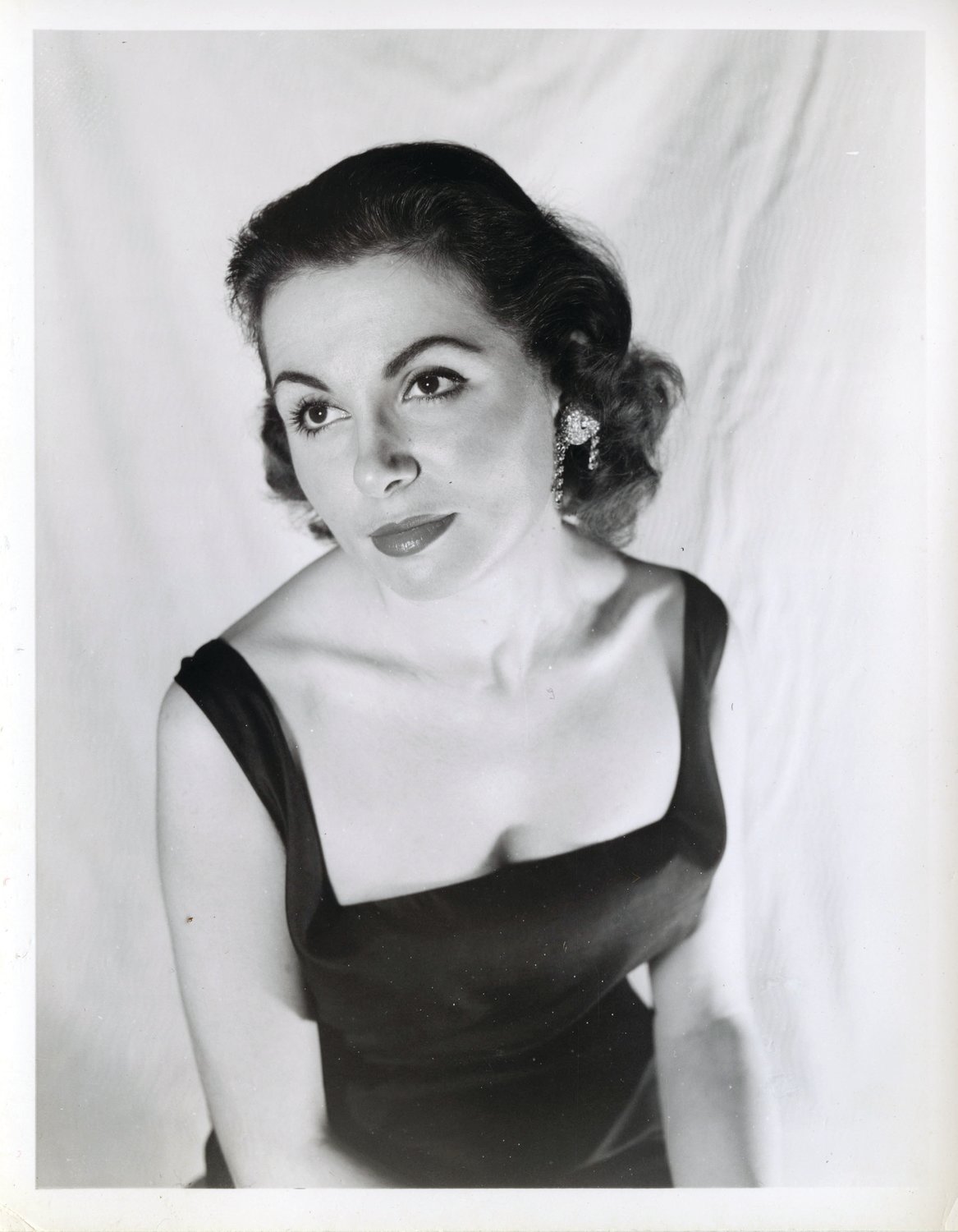 Jeannine Mermet (pictured here in the mid-1950s) briefly won the Miss Philadelphia contest, but could not keep the title because she was married.
Posted Thursday, June 9, 2022 12:00 am
by Len Lear

Jeannine Mermet, a multi-talented, strong, self-reliant businesswomen and professional singer and dancer long before the word “feminism” was commonly used, died at the age of 93 on May 17, surrounded by her loving family.

Jeannine formerly lived in Chestnut Hill and West Philadelphia, but at the end of her life she lived in Wilmington to be closer to her daughter, Patricia Lavin.

Born in Paris, France, Jeannine grew up as the only child of a chauffeur. At 17, she met Franklin Lazos, a U.S. soldier, on a Paris subway during World War II. They were married in 1946, moved to the U.S. and settled down close to Frank's family in Schuylkill Haven, near Reading, where they raised a family of three children. While raising her family and working in her in-laws' candy shop, Jeannine took singing lessons and quickly developed a reputation for her beautiful voice.

After several years, Jeannine divorced and moved to Philadelphia. She began singing French songs at popular venues in Center City, including The Embassy Club and Celebrity Room. Eventually, she became the opening act for some of the nation's top recording stars, including Johnny Mathis, Steve Lawrence and Paul Anka. In the 1950s, Jeannine also danced in nightclubs with a quintet called the Lee Henderson Chorus Line.

So many people commented on Jeannine's beauty that she decided to enter the Miss Philadelphia contest on a lark in the mid-1950s, even though she was married at the time with children.

“I did what they told me to do,” she explained later in a memoir. “I walked back and forth, looked this way and then that way and smiled. And that was it. And you’ll never guess what happened. I won! I could not believe it.

“A journalist came to me and said, 'You’ve been selected to be Miss Philadelphia!' I responded, 'Yeah, but I’m not a Miss. I’m a Mrs., and I have three children. I can’t be a Miss Philadelphia.' I just did it because I could do it. And that was it, I went home … Some friends don’t even know I was almost Miss Philadelphia.”

As talented as she was as a singer and dancer, however, Jeannine's true passion was French cuisine. Up until the late 1960s, Philadelphia was regarded by the nation's top chefs and food press as a restaurant desert with not much beyond pizza shops, diners, neighborhood Italian restaurants and meat-and-potatoes joints. It has often been written that the city's restaurant renaissance began in 1968 with former Chestnut Hiller Steve Poses opening Frog and The Commissary.

However, Jeannine was even earlier. In 1966, she opened the city's first upscale French restaurant with her friend, Janine Etienne. The restaurant, Janine et Jeannine, was located at 408 S. 2nd St. in Society Hill. In 1971, after Janine left to pursue other interests, Jeannine and Les Smith, an Englishman who had managed the front of the house at J and J and had been a chef on the Queen Elizabeth and Queen Mary ocean liners, created a new partnership. They then opened La Truffe at 10 S. Front St. in what had previously been a warehouse.

With sophisticated food, ambience and service, La Truffe went on to win accolades for decades. In a 1993 Philadelphia Inquirer review, the late restaurant critic Jim Quinn wrote “La Truffe is where you come when you want a gorgeous and intimate room with flowered silk walls, brocade chairs, elegant beaded lamps and stunning flowers.”

In the early 1990s, La Truffe was named one of the top 15 restaurants in the country by Conde Nast Traveler magazine. At that time Jeannine told me, “People think French food is too fattening because of all the cream and butter, but they do not know real French cooking. Most of our sauces are natural reductions from stocks. They are actually low in calories.”

In 1991, Jeannine and Les opened Jeannine's Bistro on the floor above La Truffe. Jeannine sang French songs every Friday night, accompanied by a guitar and accordion. She also had a small bakery in Old City, but after 25 years in business, La Truffe closed in 1996.

Jeannine once told me she loved Chestnut Hill because the cobblestone streets, architecture and parks reminded her of small towns in the Cotswolds in England and in the south of France.

She loved animals and the beauty of nature. She donated often to the Pennsylvania SPCA and St. Jude Children's Research Hospital.

Jeannine was predeceased by her son, Keith Lazos. She is survived by her daughters, Patricia Lavin and Sherry Witman: four grandchildren, 11 great-grandchildren and
four great-great grandchildren. Services were held May 31 at the D'Anjolell Memorial Home in Wallingford, Delaware County.