Practice is over, passion is not

You might say that for 18 years area yoga buffs could bank on Elise Rivers, but she announced last week that Community Acupuncture of Mt. Airy will close on Dec. 31.

Practice is over, passion is not 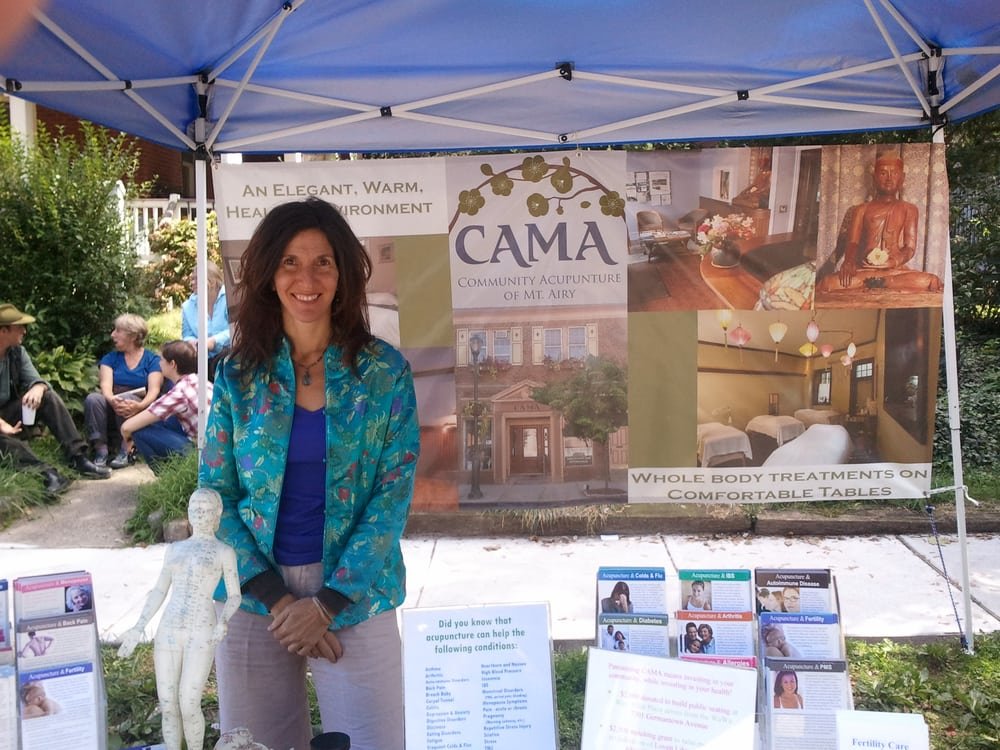 “Looking back, I'm so proud to say the CAMA dream did come true!” said Rivers, whose new practice in Chestnut Hill will be called Compassionate Alternative Medicine Associates.
Posted Thursday, December 22, 2022 12:00 am
by Len Lear

You might say that for 18 years area yoga buffs could bank on Elise Rivers, but the highly regarded community activist and founder of Community Acupuncture of Mt. Airy (CAMA) announced last week that she will be closing CAMA on Dec. 31.

“[Husband] Max and I tried for months to find a successor interested in carrying on CAMA’s community model and mission,” Rivers wrote on her website. “We tried literally 10 different ways to make this happen but to no avail, so we finally accepted letting that go … Looking back, I'm so proud to say the CAMA dream did come true!”

While Rivers is closing the Mt. Airy location in a former Hamilton Savings & Loan building on Germantown Avenue, she will continue to offer acupuncture and massage therapy services in Chestnut Hill where she lives with Max and her parents. Rivers wants to spend more time caring for her parents who are both in their 90s. Rivers also will continue to offer Zoom programs as part of her Northwest Center for Food As Medicine initiative, which includes personalized dietary support for the prevention and reversal of heart disease and diabetes, and sustaining weight loss.

Rivers took a circuitous route to acupuncture and healthy food evangelism. She graduated from New York City’s Pace University School of Law in 1991. Concerned with the health of the planet, she specialized in environmental law. “Just as I would have begun, the government wiped many environmental laws off the books, so far fewer lawyers were needed in that area,” she said in an earlier interview with the Local.

So Rivers practiced corporate law in the 1990s for five years but found it emotionally unsatisfying. She began studying acupuncture in 1999 after a bodywork treatment allowed her to experience “chi,” the life force energy that binds together all things in the universe, according to traditional Chinese culture.

With masters degrees in both Japanese and traditional Chinese medicine from the New England School of Acupuncture in Newton, Mass., Elise worked at a low-cost clinic in Northampton, Mass. In 2004, she and Max, her husband of 17 years and a professional mediator specializing in couples' conflict resolution, felt they needed a denser population for their practices to thrive. A friend of Max’s recommended Mt. Airy.

In addition to CAMA, Rivers has been involved in countless community beautification efforts. In 2010, in a joint effort with Elfant Wissahickon Realtors, she raised money for public benches at William Allen Plaza (at what is now United Lutheran Seminary in Mt. Airy), and in 2012 she created a $2,500 matching grant for the revitalization of Lovett Library Park in Mt. Airy.

In 2013, she led a project to buy and install street planters on Germantown Avenue in Mt. Airy. She went door to door to encourage business owners to adopt the idea, with the help of the Mt. Airy BID (Business Improvement District). She was influential in turning some unused spaces into pocket parks with plants and flowers. She encouraged business owners on the 6700 block of Germantown Avenue to upgrade their facades, and as a result, the block won a city garden contest.

“Nature imbedded with architecture is a recipe for success,” Rivers said. “I saw that it was successful in Chestnut Hill, and I thought there was no reason why we could not do the same thing in Mt. Airy. I have found that beauty is healing.”

On Jan. 7, 3:30 to 5:30 p.m., CAMA, at 6782 Germantown Ave., will hold a sale of the Asian art that has adorned the building. The new practice in Chestnut Hill will be called Compassionate Alternative Medicine Associates. For more information, visit camacenter.com. Len Lear can be reached at lenlear@chestnuthilllocal.com