I was blown away by the grenade-explosion prose in "State of the Nation," a 2018 novel by David Jackson Ambrose. Ambrose now has a new book coming out in early April, “A Blind Eye,” which tackles the tinder box subjects of LGBTQ relationships, mental health, disabilities, “transracialism,” domestic abuse and police/civilian interactions. 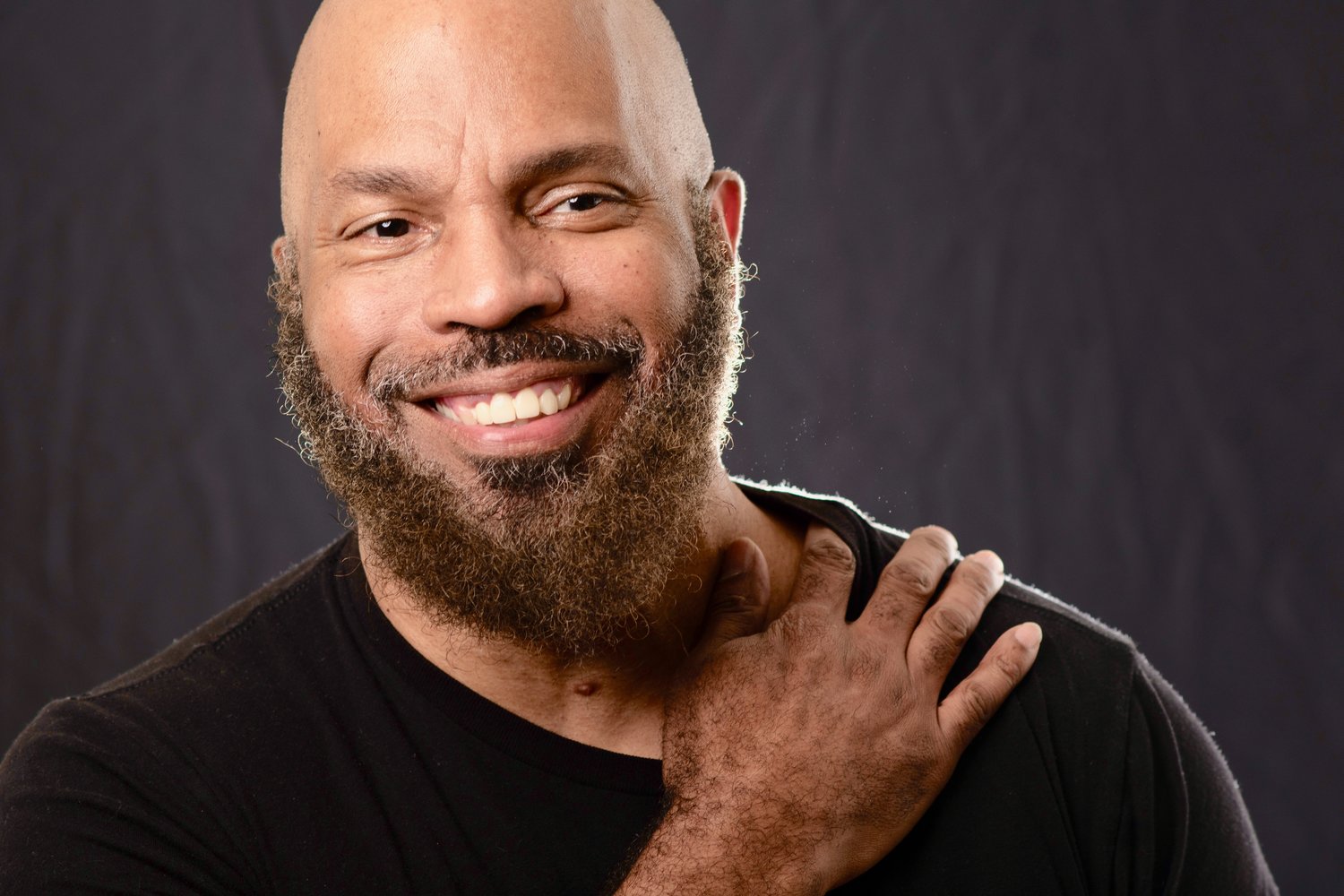 David Jackson Ambrose, author of the new novel, “A Blind Eye,” says that “the tremendous bullying that many young people experience is part of the problem that is manifesting in such a tragic way in our schools today.” (Photo by Caroline Ann Torge) 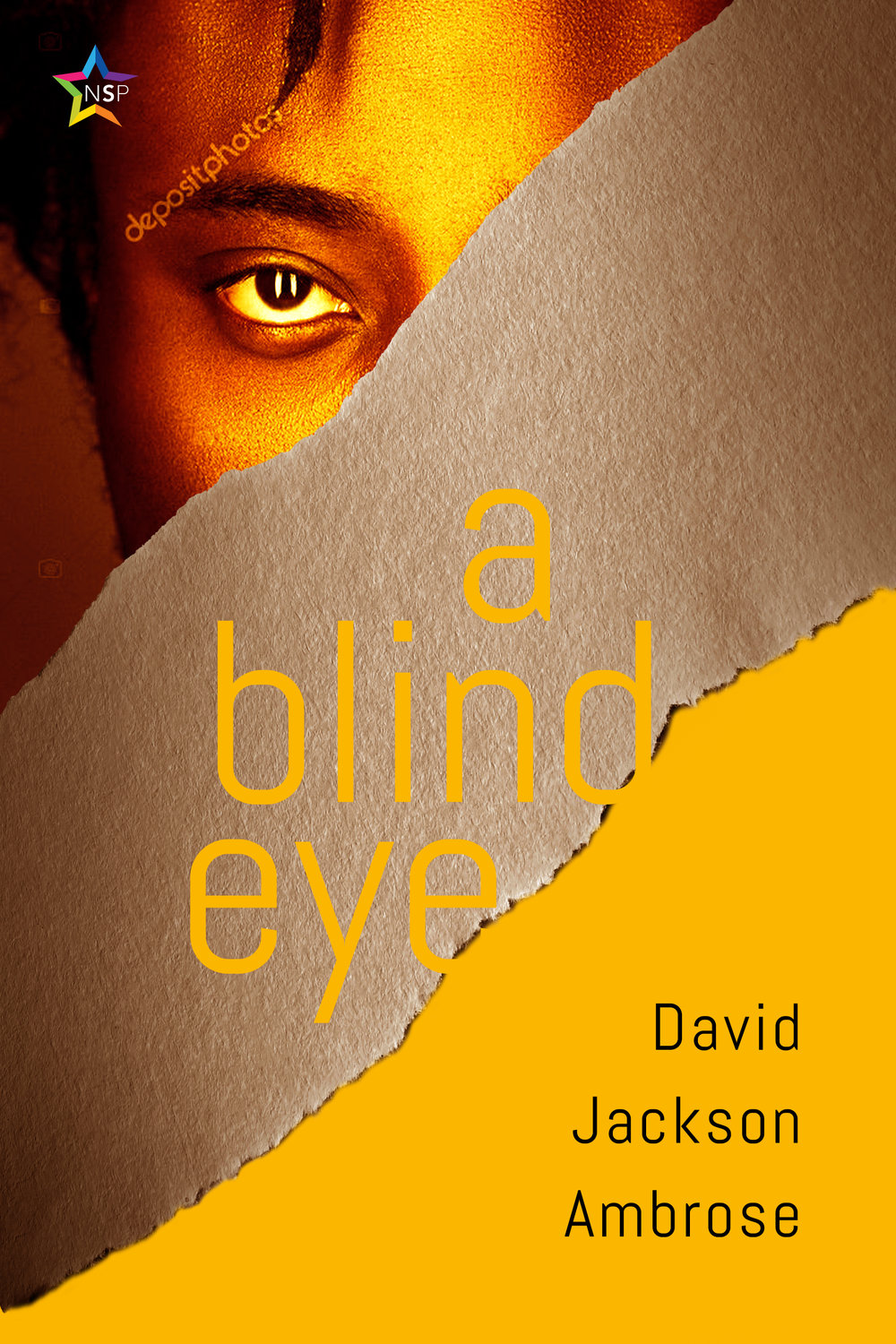 “A Blind Eye” is the just-released novel by local author David Jackson Ambrose, who earned rave reviews for his 2018 book, “State of the Nation.”
Previous Next
Posted Friday, April 9, 2021 10:00 am
by Len Lear

I was blown away by the grenade-explosion prose in "State of the Nation," a 2018 novel by David Jackson Ambrose, a resident of East Falls who left an indelible impression when he appeared at Big Blue Marble Bookstore in West Mt. Airy and read from “Nation,” a virtual epiphany to courage, before the pandemic. The book was a finalist for the Lambda Literary Award, given to the best gay-themed book of the year in the U.S.

Ambrose, who when asked his age replied, "Old enough to know I’m not going to answer that question," has degrees from Penn (BA in Africana Studies in 2013), St. Joseph’s (MA in 2015) and Temple University (MFA in 2017). His writing reminds me of the essays of James Baldwin in “Notes of a Native Son,” a jackhammer of a book that has left emotional scars still tender 60 years after the first (of three) readings.

Reviews of the book on the internet are almost unanimously rapturous. For example, Daniel Casey writes on GoodReads.com, which claims to be the world's largest book review website, "The power of Ambrose’s novel is in the brilliant way he weaves the past with our contemporary moment, with each reflecting and more precisely defining the other. Readers are given a moral novel far surpassing the hollow, myopic literature usually encountered, yet there’s never a moment when 'State of the Nation' feels preachy, glib or forced. Ambrose has given readers a quiet, resonant gem."

Ambrose now has a new book coming out in early April, “A Blind Eye,” which tackles the tinder box subjects of LGBTQ relationships, mental health, disabilities, “transracialism,” domestic abuse and police/civilian interactions. “My writing,” he said, “explores the ways that the inherent racism of Western patriarchy imposes a kind of disability for marginalized people.”

A former social worker, Ambrose has a day job in “performance management for a governmental behavioral health oversight entity.” He said the idea for the new book came to him from “the bars and dives in Philly that were everywhere in the era before the convention center gentrified what had heretofore been a rather motley downtown area. There were peep shows, go-go clubs and a plethora of Black and gay bars and after-hours establishments.

“People rubbed shoulders with trans and suburban kids coming into the city to interact. The irony is that the convention center, while bringing in people from all over the country, has also silenced a vast diversity of marginalized people who used to congregate there, including the Asian community.”

Ambrose grew up in West Chester, which he previously told us “was less than pleasant for me. I think it was fine for kids in junior high school, but we lived on the perimeter of the town proper, and so I was looked at as an outsider. I spoke well, and that brought into question questions about my sexuality. So there were the black kids making fun of my voice and the way I walked, and white kids making fun of my hair and my lips. Looking back, that was probably just a rite of passage for most kids, but I think the tremendous bullying that many young people experience is part of the problem that is manifesting in such a tragic way in our schools today.”

How has the pandemic affected Ambrose's life? “It’s been dreadful. Seeing humanity display some of our more savage behaviors is always disheartening, but I have also been reminded that it is during hard times that we also show our best selves.”

What is the hardest thing Ambrose ever had to do? “Living on this earth without my mother. The world is a different place without your parents experiencing life with you. She passed in 2014 from Pick’s Disease, and still, every day is hard to walk through. The silence is deafening.

“My mother showed me that you can be joyous and accomplished and formidable no matter that others try to deny you a seat at the table. She showed me that tenacity and American grit can sometimes work and take you farther than what others think you are capable of.”

What is the best advice Ambrose ever received? “It’s a total cop-out, but I’m going to say that I hope I have not yet received it. It’s coming in the form of some wizened mystic I will meet while doing a book signing in a cave in the Himalayas.”