Publisher pens a Dickens of a sequel to 'Carol' 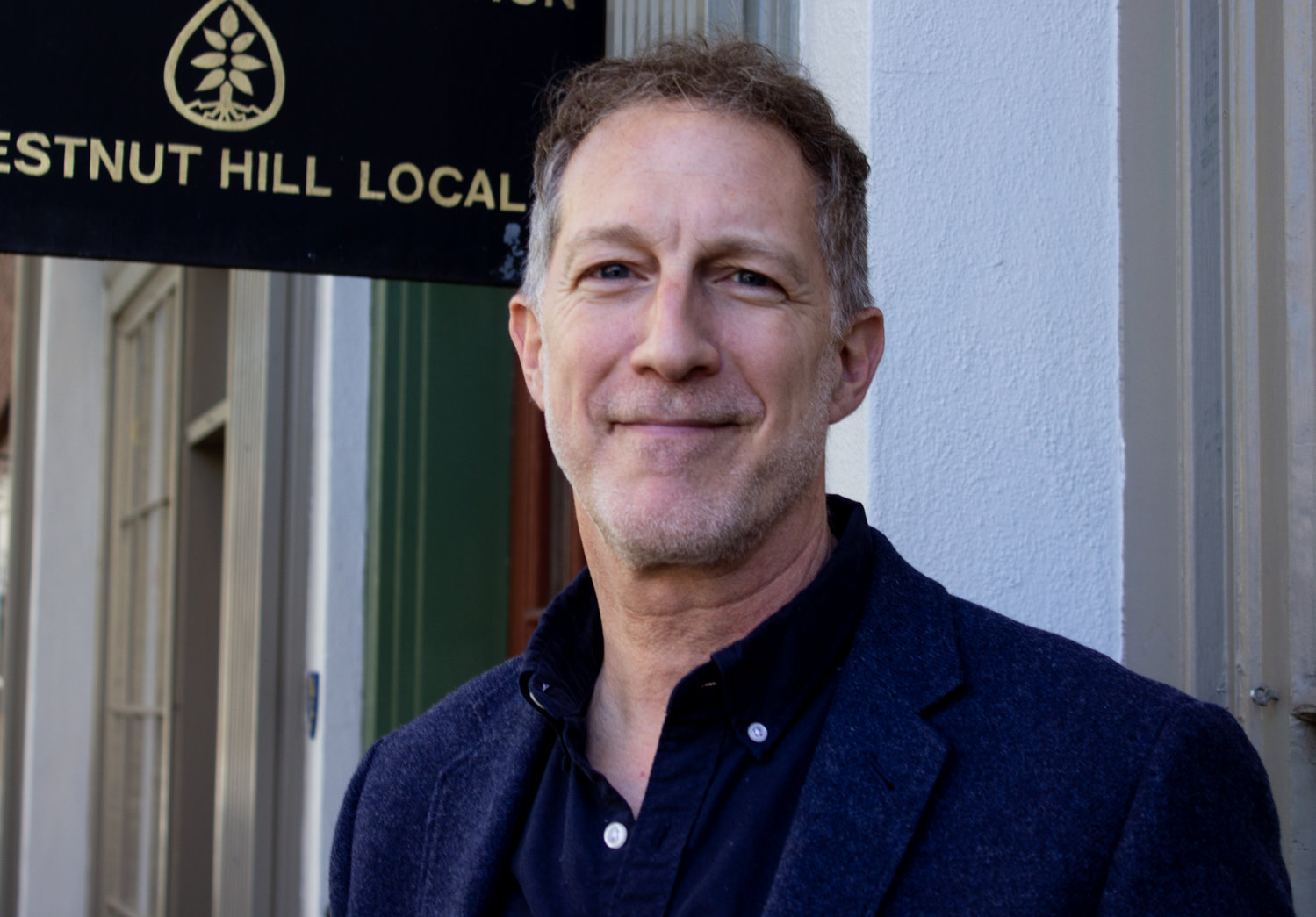 Just in time for the holidays, John Derr, publisher of the Chestnut Hill Local and Mt. Airy Local, has written “Another Christmas Carol,” a sequel to Charles Dickens' beloved holiday classic novel, “A Christmas Carol.” 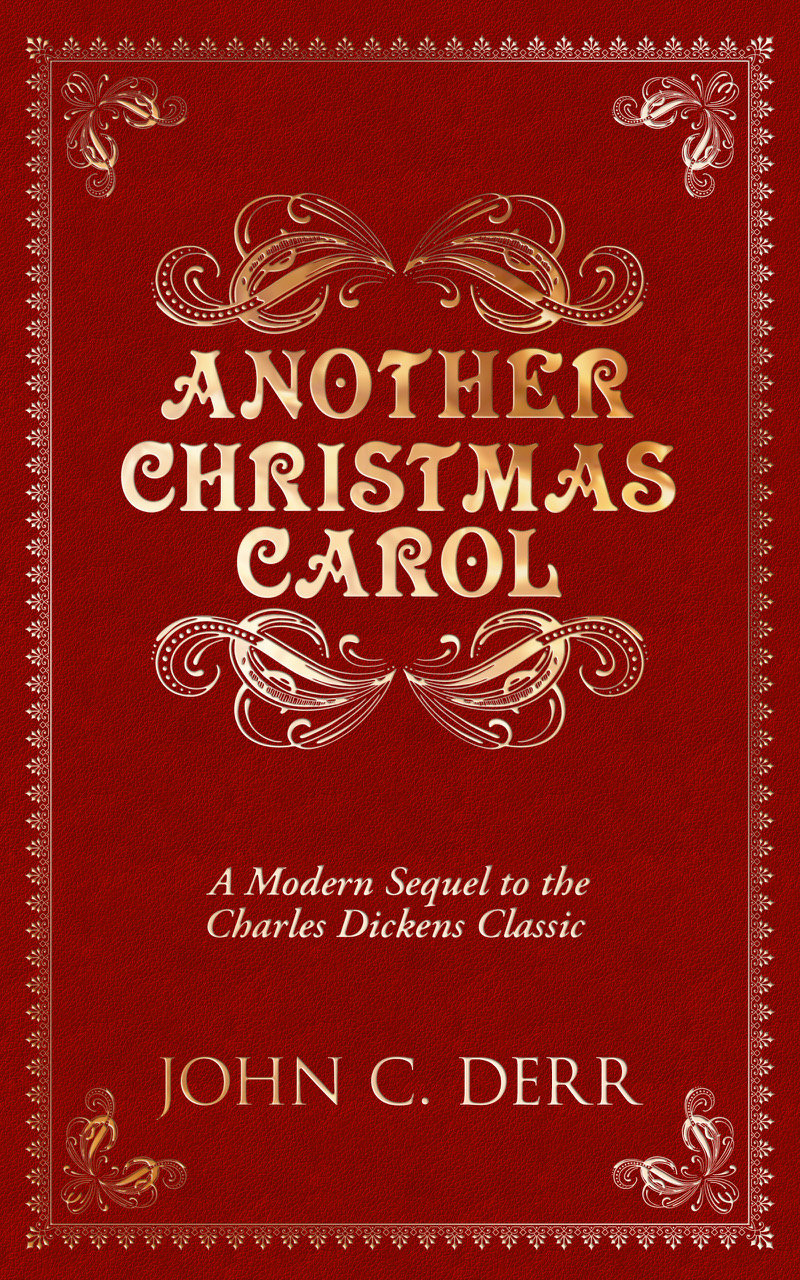 Charles Dickens' “A Christmas Carol” is one of the most beloved novels in the canon of Western literature, and a staple of holiday reading. Dickens never wrote a sequel, but luckily for those who love the book, John Derr, publisher of the Chestnut Hill Local and Mt. Airy Local, has — 178 years after the original first went to print.

In “Another Christmas Carol,” Derr, 58 (Dickens' age when he died), tells the dramatic story of Ellie Printh, a heart transplant survivor and wealthy businessperson who appears to have no heart. In this telling, modern-day Chestnut Hill is the setting, so expect fictionalized references to Germantown Avenue at Christmastime. The story also incorporates McNally's Tavern, including owners Anne and Meg McNally (with their permission).

“If Ellie were a book, she was hardbound and determined that anyone who stumbled across her and wanted a closer look would only find, upon inspection, blank page after blank page. Hers was a life written in invisible ink,” Derr writes. One observer in the novel comments that Ellie was “colder than anything he had ever brought up ice fishing in Maine.”

On the anniversary of the operation that saved Ellie's life seven Christmas Eves ago, the spirit of Bernice, her heart donor (also a less-than-angelic person), warns Ellie that she is going to be visited by the Ghosts of Christmas Past, Present and Yet to Come, hoping to reform her curmudgeonly character. Will the Ghosts succeed in prying the humanity from Ellie's crusty soul, or is she too stuck in moral quicksand to change? The suspense will carry a reader through to the end of the story.

The part of the book that humanizes Ellie with the ghosts is compelling. She becomes more than a cardboard character, and one begins to empathize with her, especially when you find out later in the novel what kind of a loveless childhood she had.

One thing I learned to admire and appreciate in graduate school English courses was imaginative metaphors and similes, and fortunately, Derr is a master of metaphor. For example, “Those were not words she often spoke, so they came out of her mouth as dissonantly as a quartet who had never sung together before …

“Even before they took a step, the world started moving beneath their feet. It was like standing on a phonograph's arm piece just as the needle is placed on the spinning record … 'Okay, okay,' said Patty, waving away the sadness like she was trying to dispel the smoke from cookies left too long in the oven … Her mind was like a middle-schooler rushing to class when cruelly tripped from behind by a bully.”

Derr started writing “Carol” in 2017 but only finished eight pages. He put it aside for a year and a half and then worked on it for another year and a half, finishing it in December of 2020. He then tweaked it for six more months.

“I have heard from others that I take a little too long in the beginning to establish characters, especially Bernice (the heart donor),” Derr said, “but for the story to be believable, I needed to explain that Bernice was no Florence Nightingale. Also, I thought it was important to let the reader know that Ellie was not just a female Scrooge. I wanted readers to care about her and root for her. I spend more time trying to show what made Ellie into the Ellie she became than Dickens did to show why Scrooge became so miserly and misanthropic.

“Ellie went through tragedy as a child, in foster homes and having a heart condition,” said Derr. “The world is a powerful undertow and pulls you … Ellie didn't dream of being a nasty woman. You start out life with dreams. You have a sense of who and what you want to be. Then you get out in the world, and it pulls you in a different direction. Ellie sometimes hears the voice of her 9-year-old self, but she shuts it down.”

“Carol” is a total work of imagination for Derr, and none of the characters are based on people he knows. His wife, Susan, calls the book a ”re-telling” of the Dickens/Scrooge classic, and some would say “updating.” But Derr insists it's a sequel. He submitted the book to 15 traditional publishers, but there were no takers, so he had it self-published.

Kristine Zimmerman, who reviewed the book for readersfavorite.com, wrote in part, “Another Christmas Carol will be enjoyed by those who love Dickens' version and those unfamiliar with the original. Derr has written a story that could become a new Christmas classic.”

Derr's family consists of his wife, sons Jonathan, 32, a sketch comedy writer and performer in New York; Thomas, 22, a junior at Lancaster Bible College where he is studying to be a pastor, and Eli, 16, a junior at Conestoga Valley High School in Lancaster County; and daughter Olivia, 20, a barista at Prince Street Cafe in Lancaster and Leo, a Bichapoo.

Derr will have a  reading and book signing at booked., 8511 Germantown Avenue in Chestnut Hill, on Wednesday evening, December 8, from 6 p.m. to 7 p.m., and a book signing at the Barnes & Noble in Plymouth Meeting (Chemical Road) on Sunday, Dec. 12, noon to 3.

The event at Big Blue Marble Bookstore, originally scheduled for Saturday, Nov. 27, will be rescheduled.

Ten percent of the profits from sales of the book will be donated to the Dave Thomas Foundation for Adoption. More details at johncderr.com.