Four African American women, three sisters and a grandmother flee the South after the Civil War to find peace, prosperity and dignity. That is the hopeful story of "Flyin' West" (1990) by Pearl Cleage which opened at Quintessence Theatre this weekend, part of their final repertory pairing of the season. 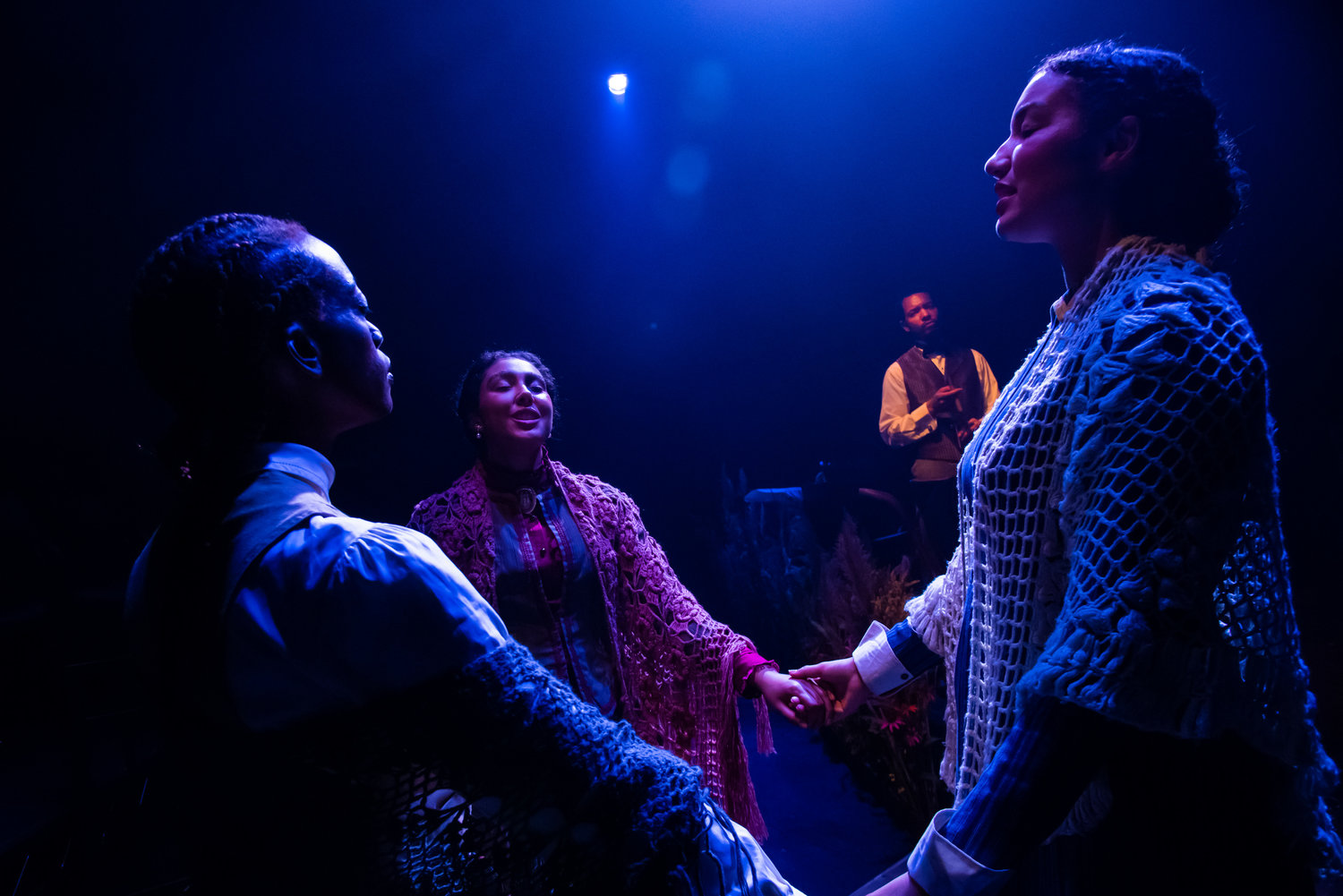 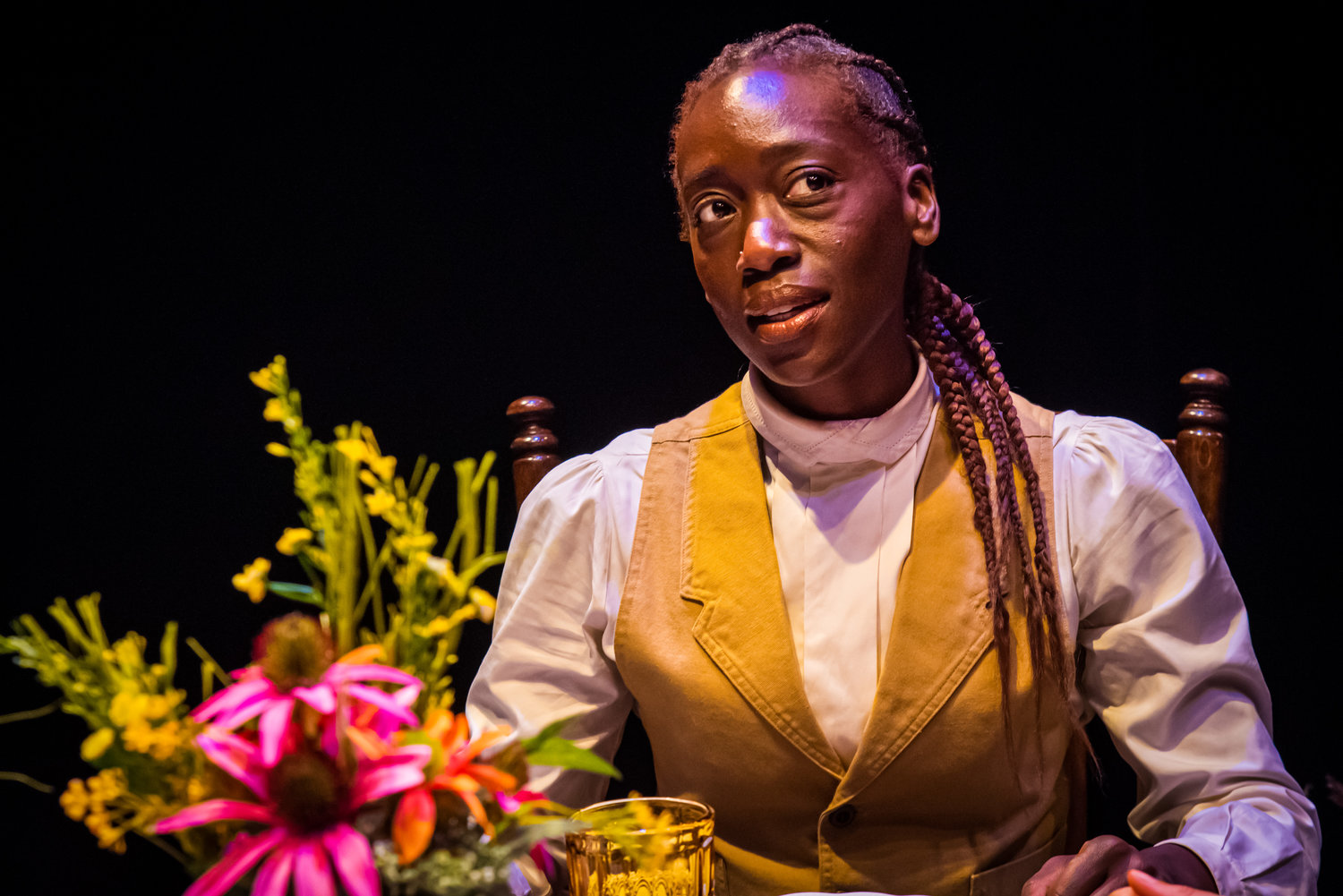 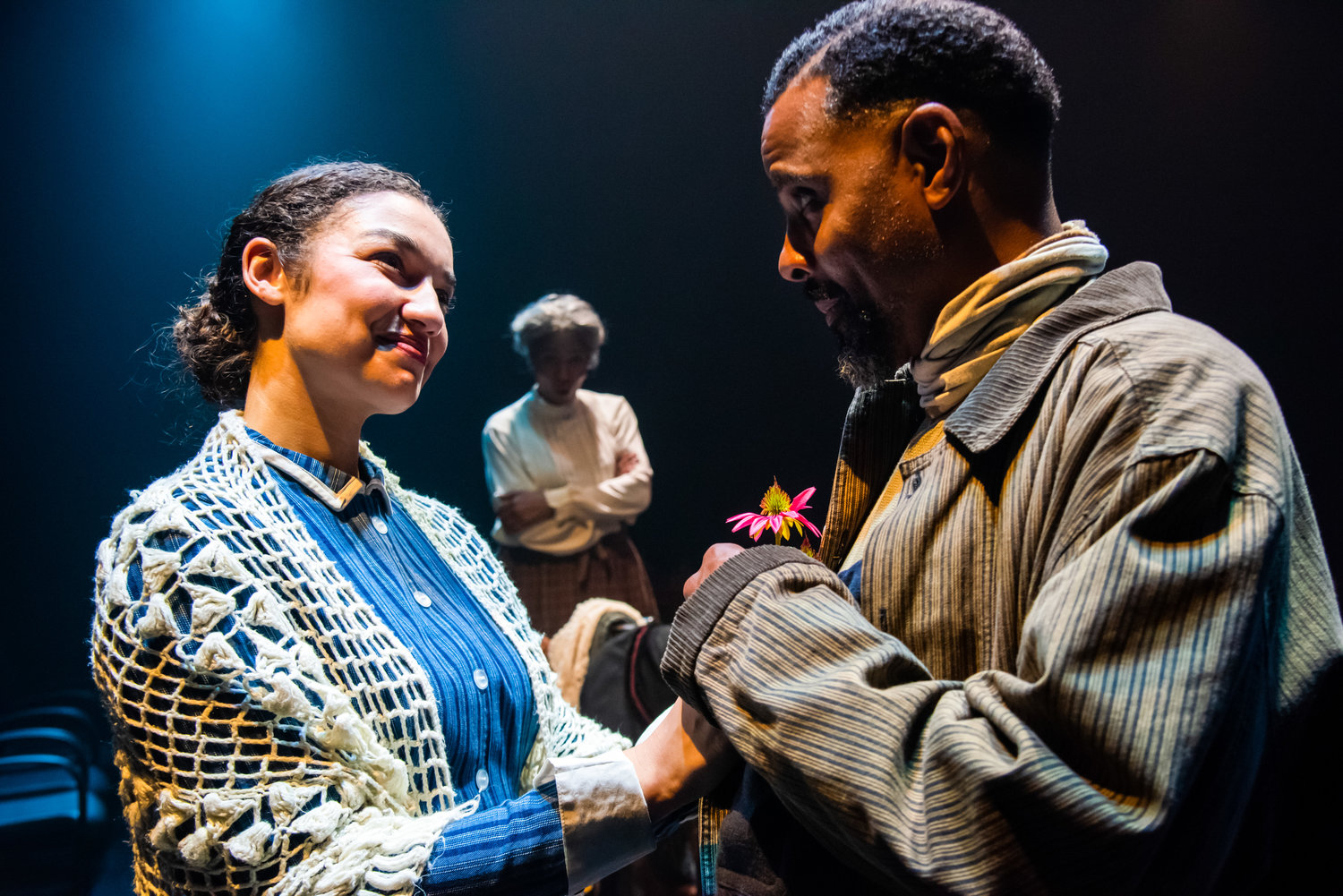 Four African American women, three sisters and a grandmother flee the South after the Civil War to find peace, prosperity and dignity. That is the hopeful story of "Flyin' West" (1990) by Pearl Cleage which opened at Quintessence Theatre this weekend, part of their final repertory pairing of the season.

We are in historic Nicodemus, Kan., in 1898. The town was settled in 1877 by formerly enslaved people who took advantage of the Homestead Act of 1862 to leave the South and set up a Black township where they could finally be the ones to own their own land.

Of the four women, two stand out. Miss Leah is an elderly grandmother who grew up as an enslaved person. She may have left the South but she still carries the weight of her history. She has memories of working the fields and bearing children, only to see them reclaimed as property and sold to other plantations.

Sophie did not experience slavery, but as a "free" woman from Memphis she lived through the collapse of Reconstruction. The two women encapsulate the African American experience, from being enslaved as property to the recapture of slavery's underlying values in Jim Crow.

In "Flyin' West," playwright Cleage creates the story of a prospering Nicodemus now threatened by white land speculators. Frank is their intermediary, the bastard son of a former enslaver who hates his Black ancestry. Unerring in villainy, Frank reminds you of the sneering, mustachioed badman of silent movies.

McGill does double duty. A Barrymore Award nominee, she also stars as the grandmother. In poorer hands, the role could easily devolve into a victim stereotype.  But in keeping with the play's determined hopefulness, this granny is quietly vivacious. Leah's nuanced presence shows she is fully alive to everything that is happening.

By contrast, Deanna S. Wright plays Sophie, a child of the Reconstruction who has learned she always needs to carry a rifle. Unlike Leah, Sophie's anger is monochromatic. When people in Memphis told her she did not know what it would be like to live in Kansas, Sophie numbly replies "It doesn't matter. Any place is better than here."

Pearl Cleage is a veteran, activist playwright. She is forthright in her goal of advancing the sensibility of the African American woman, and interested in the interrelated problems of racism and sexism. In “Flyin' West,” Sophie speaks for her when she says "Don't want no white man to tell me what to do all day and no Black man what to do all night."

In its heyday, Nicodemus could claim 600 people. The population today is about 20. Yet it thrives, thanks in part to the National Park Service registering Nicodemus as a national historic site. And on July 28, the town will host its "144th emancipation homecoming," now a yearly celebration.

Quintessence Theatre is located at 7137 Germantown Ave. "Flyin' West" will run in rotating repertory with "Camille" through June 25. Tickets available at 215-987-4450 or at www.quintessencetheatre.org