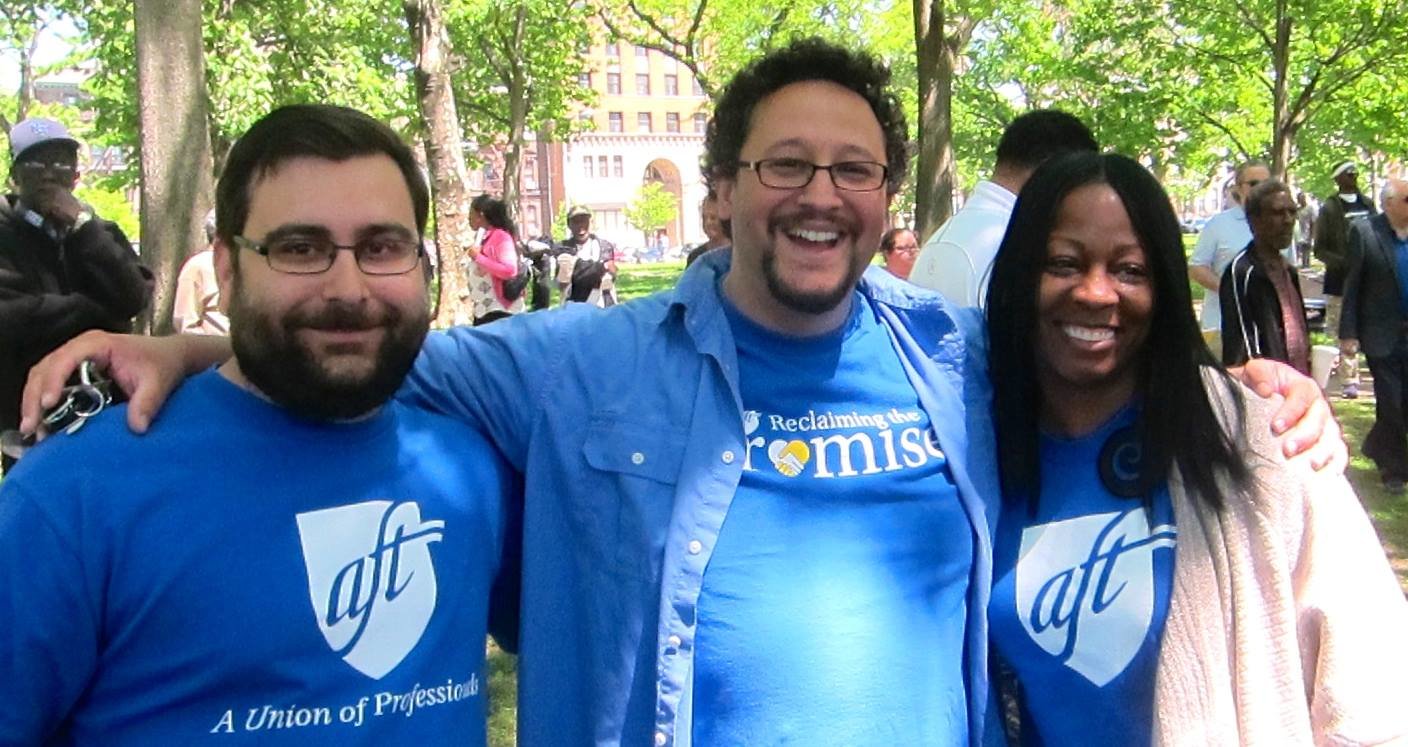 State Rep. Chris Rabb raised eyebrows last month when he circulated an email highlighting his support for the likely candidacy of union organizer Seth Anderson-Oberman, a person whom Rabb described as an “integral part” of his campaign teams over the years, in the 8th Councilmanic District Democratic primary election.

Anderson-Oberman is a “hard-working public servant, and the kind of person I would like to join forces with as I continue to represent Philly in Harrisburg,” Rabb said in the email.

According to Rabb, Anderson-Oberman – who has yet to formally announce his candidacy in the race – has the potential to become Bass’s first serious primary challenger as an incumbent since she was first elected in 2011.

“Seth can win,” the email states. “I would love your help toward electing someone who will serve the interests of the various communities that make up this council district – not just cater to the usual suspects.”

Anderson-Oberman, a Germantown resident and an organizer for Service Employees International Union, is a relative newcomer to Philadelphia politics. It’s true even for stakeholders in his own neighborhood.

“I’ve never met him, never heard of him until recently,” said Patrick Jones, Democratic leader of Germantown’s 59th Ward. “To be honest with you, I’m curious to know who he is. He hasn’t called me. I want to know who he is and what he’s about.”

However, several politically-connected people in the 8th District who have met with the likely candidate were left feeling that he has potential.

Yvonne Haskins, one of the neighborhood activists who has challenged Bass while working to get a new developer for the Germantown YWCA, said she was so impressed when she met him at a “Meet the Candidate” party several weeks ago that wrote him a $1,000 check.

"I've never given anything like that much money to a campaign before," Haskins said. "But I think he really can do it. He's out there working hard, raising money, and he's willing to listen and learn."

Mt. Airy-based developer Ken Weinstein, who also has a contentious relationship with Bass, had one meeting with Anderson-Oberman and referred to him as “a nice thoughtful guy who wants to engage the community.”

“So I think that’s a plus,” Weinstein continued. “I didn’t hear lots of positions on issues from him, but I look forward to hearing more.”

His chances of winning? That comes down to how many people enter the race, Weinstein said.

“It really depends on how many people run,” he told the Local in a phone interview. “I think in a one-on-one race anybody could have a chance against the incumbent.”

But not if the past repeats itself, Weinstein cautioned. He’s referring to the 2019 primary race in which Bass’s potential challenger, Tonya Bah, was kicked off the ballot for not submitting copies of campaign files to the city’s Department of Records, which, at the time, Bah called a “hyper-technicality.”

Bass told attendees of a public meeting at the time that her campaign was behind Bah’s removal from the ballot.

“While we did remove Ms. Bah from the ballot, there is no such thing as a  ‘hyper-technicality,’” she said at the meeting. “The Commonwealth calls it a requirement.”

In a phone interview last week, Bah called Anderson-Oberman “somebody I would be excited about and I’d support.” She also sees him as a viable candidate to unseat Bass.

“We know that Chris Rabb is supporting him 100%,” Bah said. “With that machine behind him, coupled with many union members and vulnerable parents as well as stakeholders who have been oppressed and allies who want to see things get better, there will be an outpouring of financial contributions.”

Challenging incumbent City Councilmembers can often be a difficult and frustrating fundraising challenge, typically because many political donors fear backlash for donating to the opponents of incumbent candidates.

“Raising money is always an issue especially if you’re trying to beat an incumbent,” Weinstein said. “Incumbents always have the upper hand and will again this time.”

But many of those prospective donors are unions, and unlike most challengers of incumbents, Anderson-Oberman has those connections.

“I assume the unions will be very supportive,” Weinstein said. “Assuming they think he can win.”

At the moment, it’s unclear whether any other challengers will enter the race. Ballots are typically finalized in March, barring any legal challenges that can extend the timeline.